The Manfrotto Suction Cup 241V is a simple solution for mounting your camera inside or outside a moving car. 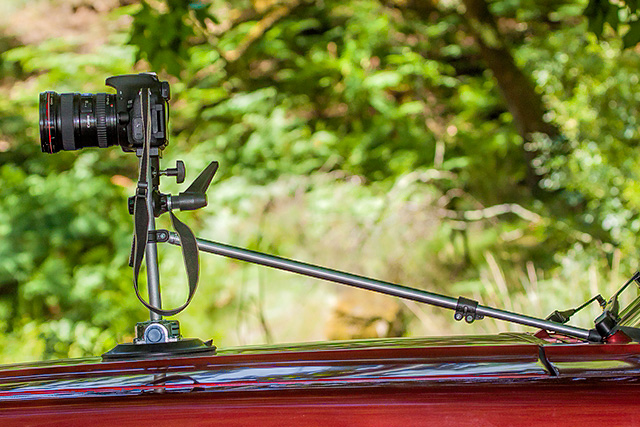 Usable as a camera support to shoot through a car window or windshield, the Manfrotto Suction Cup 241V is also usable on a car bonnet, for video capture on the move. Or for some unique photographs or time-lapse!

There are multiple cups of this type around, for different types of cameras and weights, but the one I am using, the Manfrotto Suction Cup 241V, can hold gear up to 3 Kg on vertical surfaces. For a DSLR and medium lens this is more than enough and a solution you might want to investigate if you're looking for a support for this kind of capture. 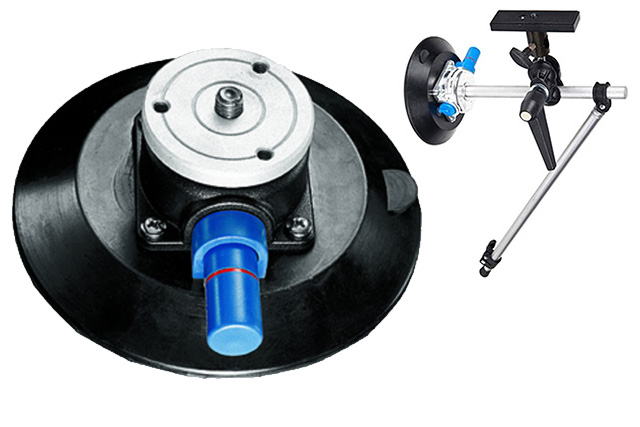 Pump cups are one essential tool for photographers or videographers involved with car shoots, allowing for the creation of images that would not be possible to do otherwise. Their use, though, can be extended to other areas, allowing to mount lights and accessories from walls, floors, doors, ceilings, windows, mirrors or any other smooth surfaces where no other mount can go. I've used the Manfrotto Suction Cup 241V to support small LED lights and flash in interior shots, and it works perfectly.

The cup adheres to any non-porous surface via its large 15cm suction cup. The mention about the non-porous limitations is important to retain, to prevent accidents. Manfrotto explains exactly how to use the  product and hints at safety precautions to take, in the leaflet provided with the equipment.  Placed on a flat (glass works perfectly) or slightly curved surface (a car bonnet, for example) the Manfrotto Suction Cup 241V is a  safe support for your camera or any other equipment up to 3kg. 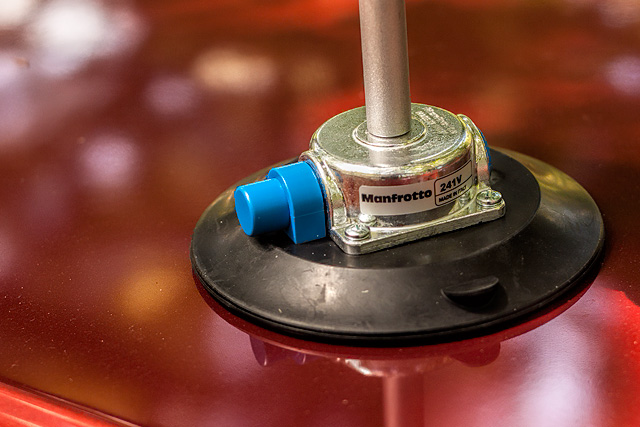 Easy to attach, the Manfrotto Suction Cup 241V is kept in place by the power of gravity. Once you find an adequate surface, place the rubber pad on it (remove the protective base first) and press the blue piston repeatedly until the red line disappears into the blue shaft. This hand-actuated pump efficiently removes air from the space between the rubber pad and the surface, creating a vacuum that will hold everything in place. Still, it is wise to keep an eye on the equipment, as it tends to lose grip over time.

Watch for the red line and pump the blue piston again when it reappears, so the system restores vacuum and hold. From experience I found that if I am using the pump on a moving car on irregular terrain, it can be wise to check the piston after about 30 minutes. To remove it, when not in use,  lift the release tab near the edge of the pad, so air enters the space between the pad and surface. 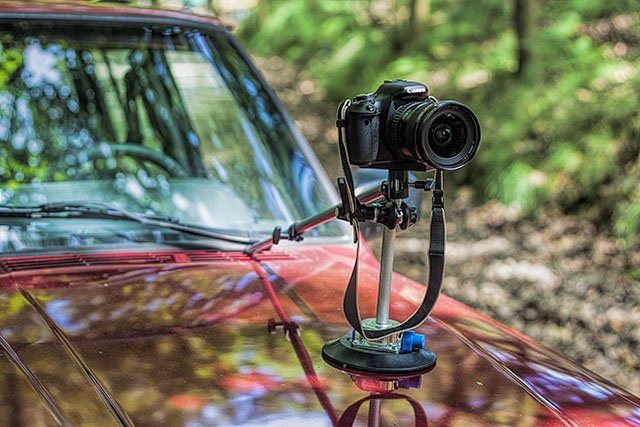 The version I am using has a 20cm shaft which has clamped to it a versatile ball-joint socket which rotates within a half hemisphere, and which comes topped with a 1/4″-20 screw. The head will also accept accessories that use a 5/8″ stud connection. The box also contains an extensible support arm (85cm maximum) that can be helpful to keep the equipment in place (see images of the system mounted on the bonnet of my jeep).

I've used the system to capture video from some of the paths I do in nature areas and I prefer the results obtained over those from video shot through the windshield. I intend to explore this further, so the Manfrotto Suction Cup 241V is a good accessory to add to my videographer bag of tools.