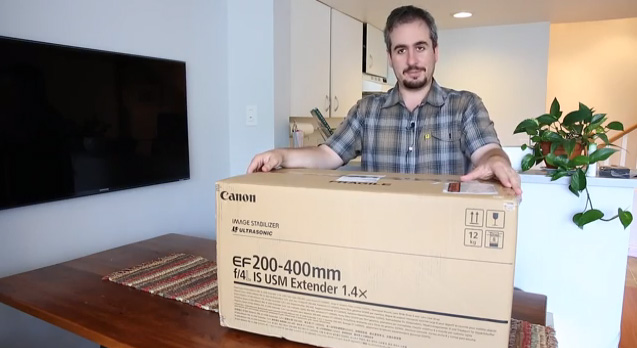 Canon announced development of this lens a couple of years ago but it only recently began shipping to dealers in small quantities.  I was lucky enough to take delivery of one of the first to land in Canada and I've since sold my Canon 300mm f2.8 L IS and replaced it with the new zoom.

Nikon shooters have had a 200-400mm lens in their lineup for many years but it's long been a gap in the Canon EF lineup, one that I know first-hand had caused some sports and wildlife shooters to make the switch to the other side.  With their first foray into super telephoto zoom lenses Canon have added something unique though, a built in 1.4x extender.  At the flick of a switch a 1.4x extender element slots into the optics and turns your 200-400 into a 560mm f5.6 at the long end.  Such versatility is currently unrivaled in the still lens marketplace but it comes with a whopping $12,000 price tag. 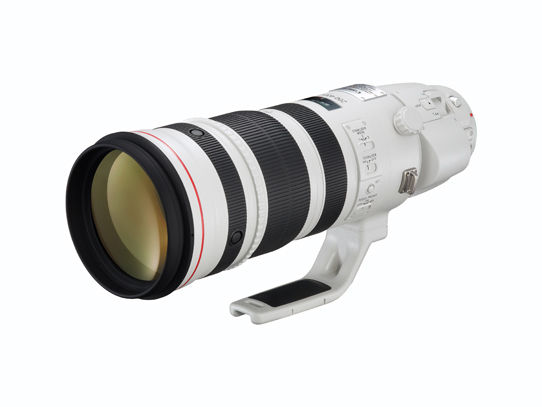 I hope that every photographer gets to experience the excitement of unboxing such a monster lens at least once in their career.  Even if you are a “lenses are just tools” kinda guy, I defy you to not have a giant grin on your face while you unwrap something like this.  Before we get into why you might want to spend so much money on a lens like this, you can take a look at this video to see what comes in the (huge) box.

Initial tests with this lens have shown me that it is every bit as sharp as Canon's super tele prime lenses like the 300mm f2.8, 500mm f5 etc.  Quite how Canon have managed to achieve this with a zoom lens is beyond me, it really is a modern masterpiece of optical craftsmanship.  The beauty of the built in 1.4x extender is that unlike external ones, each internal one is mated to the optics of your specific lens, installed and calibrated as one lens.  This means that there is far less contrast and sharpness degradation compared with adding in the usual converters.  In fact it's essentially impossible to tell the difference between using the lens with and without the extender engaged.  Not to mention the fact that you don't have to waste time removing the lens from the camera to install it, simply flick the switch.

So why spend all that money?  Is it really worth it?  These are two questions asked to me repeatedly when I first got this lens and I'll answer the second one first; yes it's absolutely worth it!  Canon have been on something of a zoom designing spree in the last few years and they've clearly cracked it because last time I wrote about a lens it was the new 24-70 f2.8 L II and that zoom is as sharp as my 24mm f1.4 L II prime lens as well.  With just these two lenses (24-70, 200-400) I can achieve 95% of the work that I do.  Throw in the other unique-at-this-time zoom, the 8-15mm fisheye zoom which I also own and I'm covered for everything.  Sports, wildlife, landscape, portraiture, travel and events.  To go to a sporting event with only two bodies and two lenses is extremely liberating, or even to travel with that setup.  Less time spent swapping lenses means less missed action and opportunities, yet this setup has even expanded my range from the previous 420mm (300mm + 1.4x) to 560mm so it even adds more opportunities for wildlife photography.  Of course this sort of minimalist setup won't work for everyone, particularly is you specialize heavily on one area like weddings or interior photography, but for someone who shoots a big range of subjects like me it's optical nirvana.