Back in 2008 I had a discussion with my wife about how I wanted to do something more with my talent and skill as a filmmaker. I loved the pay check I earned for what I was doing at the time (corporate, wedding and web video content) but it wasn’t enough. I felt like there was something more I could do, something that I could be a part of that was of lasting value and bigger than myself.

Well, a few months later I met up with (my now good friend) Scott Moore and he requested my help with a passion project he was starting. The idea was to go and film in Guatemala and capture stories from ex-gang members, drug addicts, and people who live in the largest dump and work in the most violent slums in Latin America. My first reaction was “well….eh, not so sure about that!” But when I told my wife about Scott’s project she did a verbal punch in the gut and reminded me of our conversation just months earlier.

Even up to the day the whole team boarded the plane to begin filming I wasn’t sure about all of this. After all, I had never been to a third-world country. I had never done any kind of mission trip or volunteer work outside of the United States.  So, to combine all of that and throw in the “we’re also going to film this” aspect was a little intimidating. But I’ll be honest, on the first day of filming in the Guatemala City dump, watching the locals rummaging through garbage for an entire day just to earn a couple of dollars, breathing in that smell and hearing the stories of these people, I knew that not only had my world view changed, but so had my way of approaching and creating stories. 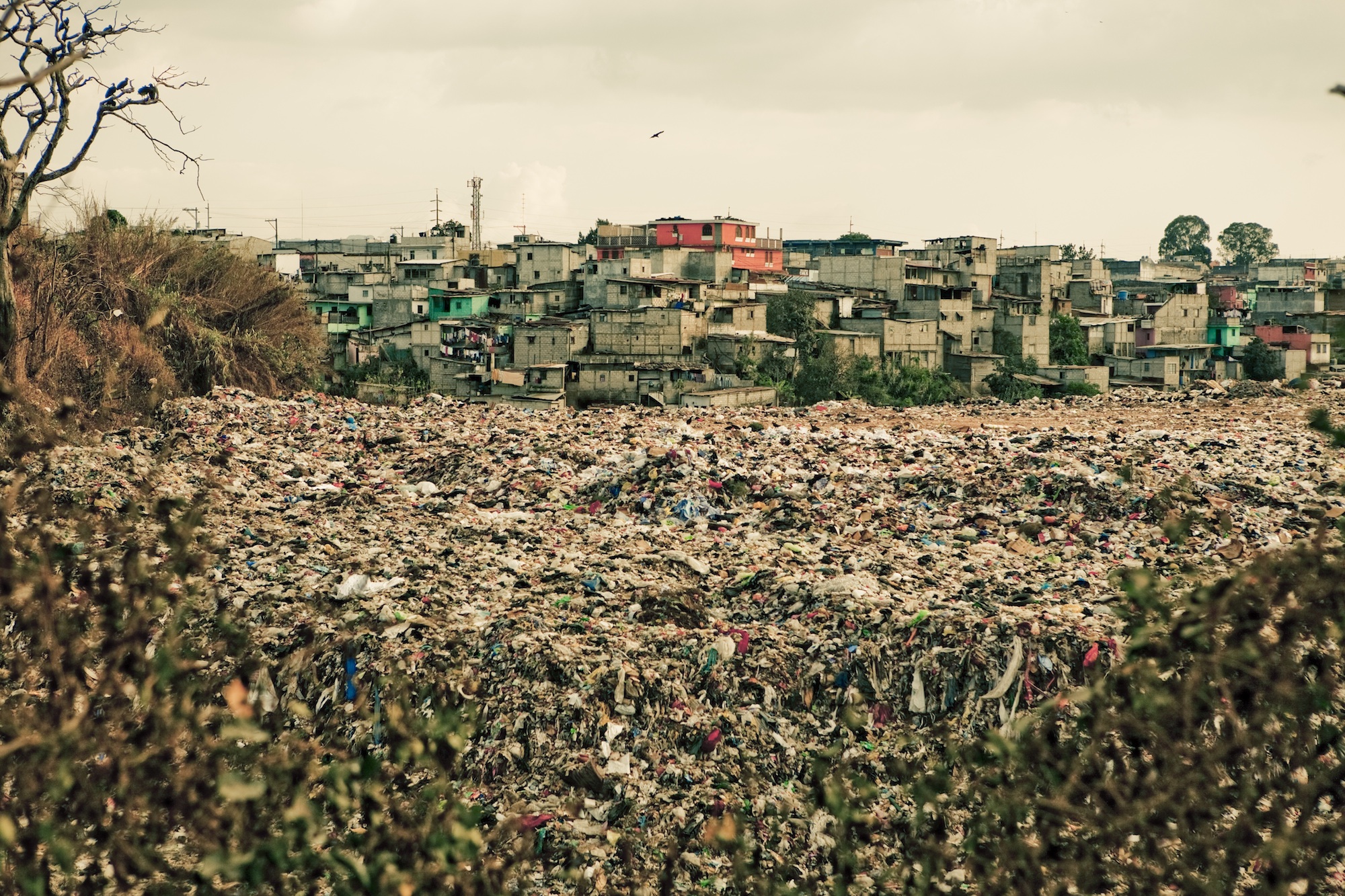 My experience filming Reparando with director Scott Moore became the catalyst of who I am today as a filmmaker (I should add this disclaimer: To date I’ve never been paid to produce any of the documentaries I’ve filmed., They’ve been purely a volunteer/service based work). I not only have new inspiration for the stories I help create, but I also have a new way of approaching story, both narrative and documentaries. I didn’t realize it at the time, but now looking back I can see the influence that experience has had on me in all of my projects since. I wanted to share some of these ideas with you because I believe we as filmmakers, story tellers and creatives can all benefit from and grow through the process of telling the stories of real life through real people.

Many times, in critique of films, we hear how the character development was great or how there was not enough of it. Having a strong connection between the audience and the character can make the story, the the lack of which can break it. When you immerse yourself in telling real stories and interact with people in situations much different than your own, you begin to see a new side to people that you may not have otherwise known. As you dig deeper, you begin to answer the questions of why and how related to a person’s character and motivations. These are pivotal questions that are needed for developing strong characters in narrative stories and even documentaries. For documentaries you begin to know what questions to ask so your audience can connect with the people in your story. And for narrative films you ask those questions and can then create better answers that gives context to the development of your characters.

The many people I’ve met through doing documentary work have not only inspired me in the story I’m creating for them, but I’m inspired by their character as a whole. As I think of stories and characters that I want to create, I can’t help but think of the true stories of those people I’ve had the privilege of meeting face to face. Therefore my work on these “passion projects” propells me to want to create narratives that reflect the same heroic characteristics of some of these true life heroes I have been priviledged to know.

For instance, during the screening tour of our latest documentary “Becoming Fools” Scott and I traveled to Visalia, CA for a screening where we met Cisco. There’s not enough time to go into Cisco’s entire story hear but this is a man, stout, tattoo’d from head to toe, dresses like he’s from a gang and to be honest, pretty scary looking at first sight. But when he comes up and gives you the biggest hug, the biggest smile and only wants to know more about you, all preconceived notions fly away with the wind. As he pulls a cigarette out and begins to tell you how God has changed his life of gangs, drugs and violence and now is a pastor of a church for gang members (both active and non-active), homeless and the down and out, you begin to see a true picture of a man living out his faith. It’s a great image of someone who’s life as a character in a story would truly be inspirational. 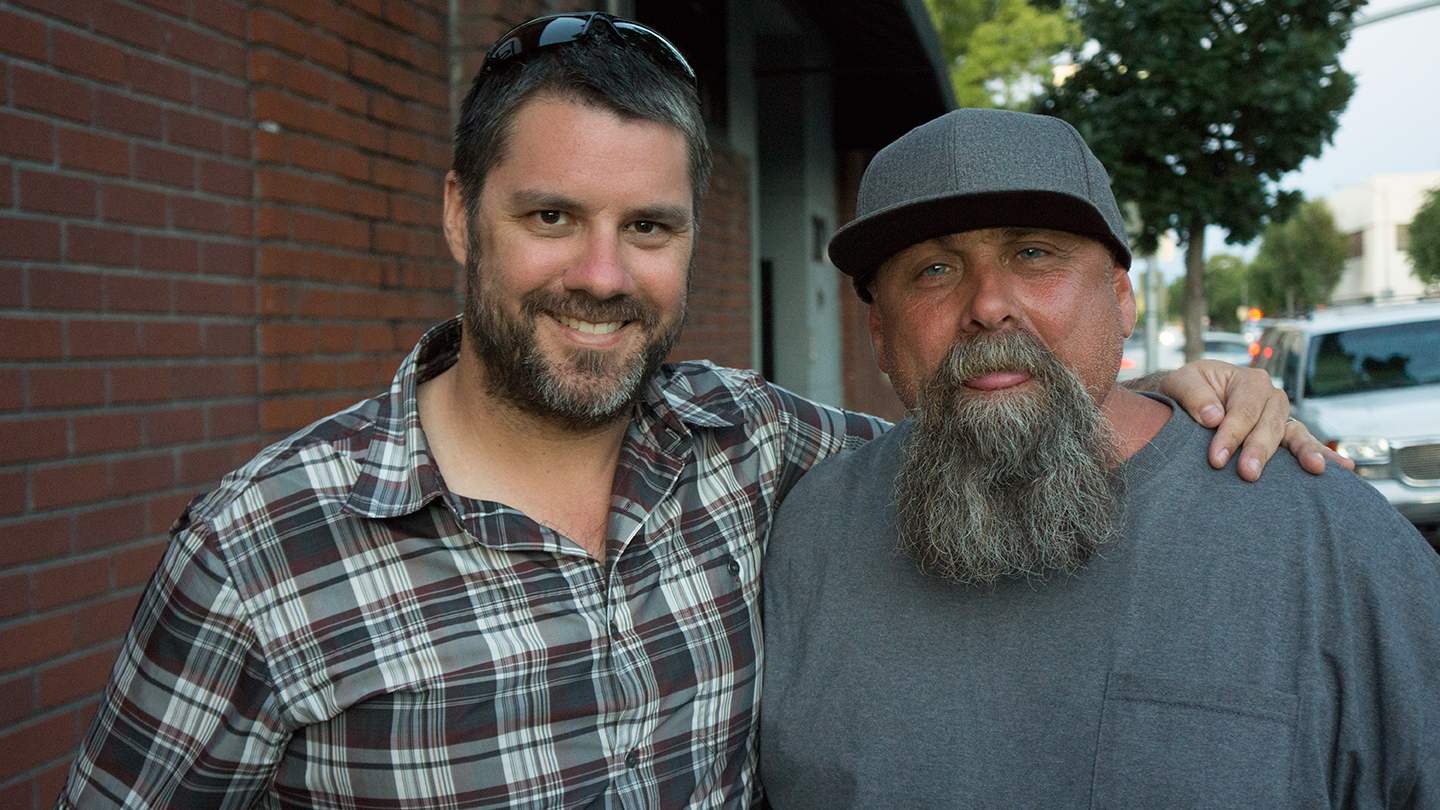 Only through doing stories of real life people would I have opportunities to meet these kinds of people and gain inspiration for future projects.

For some people empathy and compassion comes easily, but if you’re like me, this is not always the case. Having the opportunity to serve and work with people who have far less than I do has given me a new found sense of empathy and compassion. Being immersed in their culture and their circumstances has opened my eyes to a world beyond the comforts of home in the United States. This shift in my world view has impacted the characters and stories that I write and allows me to add a new dimesion to the narratives. You can give your audience the opportunity to vicariously experience what you have experienced by writing your characters and story to feel and react a certain way. Empathy and compassion are two powerful emotions that drive a story and having experienced that first hand can be a huge benefit to you as you create.

I mentioned earlier how doing the doc work gave me a shift in my world view. I think that’s 99% true for anyone who steps outside of their comfort zone to volunteer, serve, and to give themselves to something that’s worth while. And, for creatives, that shift has a huge impact on how and what they create.Take a look at some of the actors who have served in third-world countries and then the types of movies they make following their experience in those places. For instance Angelina Jolie, after she began her humanitarian efforts in the early 2000’s she starred in films such has Beyond Borders and A Mighty Heart. George Clooney created a documentary about his experience in Darfur titled A Journey to Darfur. There are many other examples of this shift, and not just in the film community. Painters, authors, digital artists all create art based on their experiences with a worth while cause or a community in need, and often are recognized more for those efforts because theres a true and inspiring story behind the creation.

The last area I feel should be addressed is the idea of fear. Many of us have so much fear about stepping into an unkown situation.  We don’t know how we will fare or what the outcome will be, and we fear the feeling of not being in control.  But stepping out in spite of that fear can sometimes give you the perspective and the confidence to do so in more areas of your life.  I’ll give you an example.

My good friend and very talented AC, Tyler joined my crew to help on our last documentary in Guatemala. He volunteered his time to help us and wasn’t getting paid at all. But from the time we landed in Guatemala till we got off the plane back in the US almost three weeks later, he never stopped talking about how much he loved what he was doing and how much he would love to be doing AC work full time, both as a volunteer and as a career. He told me on the plane ride back home how much he wanted to leave his day job as a camera tech at a rental house and just dive in to doing AC work full time. I cautioned him from taking that plunge right away, knowing we all get that feeling after these types of experiences and to give it at least a month before making that kind of decision. Yet, two weeks later I got the news from him that he took the plunge! He no longer had that fear because he got a taste of what he could do and saw the effects of his talent being used towards a project with lasting impact. He longed for that feeling and let go of the fear that kept him from experiencing more of it in the future.

Tyler still contributes to our work even today, but he is now an AC on the ABC hit show Nashville. His desire is to gain more experience and to gain the financial freedom that will allow him to volunteer his time and talents even more towards future passion projects. 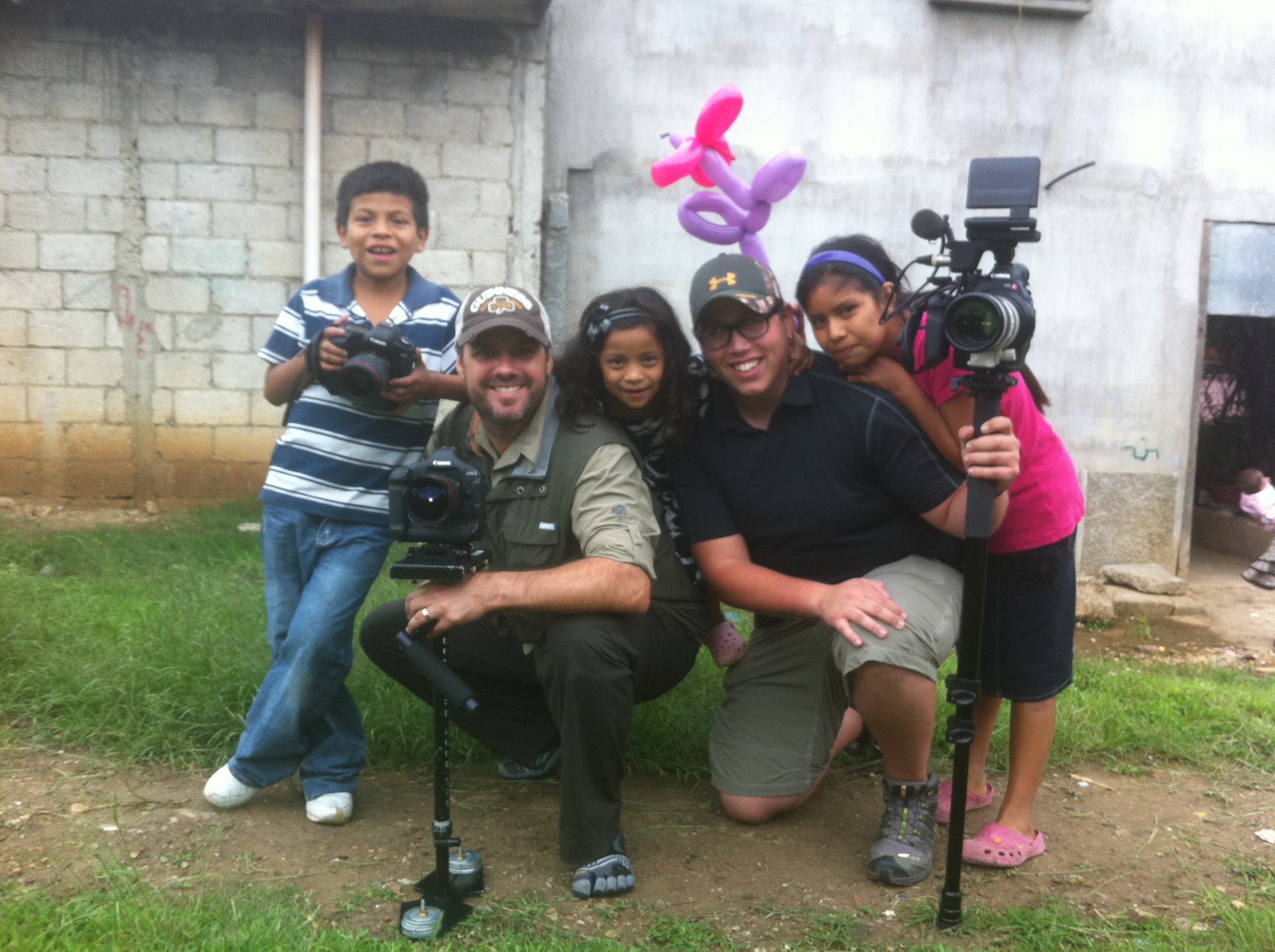 There are many other ways in which doing documentary style work as a filmmaker, storyteller, creative, can help you in your future projects. Everyone’s experience is different but I hope this gives you some inspiration the next time an opportunity arises that would allow you to be involved in telling true stores of real people.

I will admit that this is a bit of a shameless plug, but should you not have in front of you any opportunities to serve and contribute, please consider a program called I Am ART. It’s hosted by a non-profit, creative organization that I am a part of called Athentikos. I Am ART is a week long camp in which creatives have a chance to share their talents and skills to enrich the lives of at-risk youth and in turn have the creatives lives also changed. If you wish to find out more, click here: http://athentikos.com/iamart Whether you can join in on a trip or just help out with the day-to-day operations, there’s many ways to contribute, just contact us!

Do you have any stories of how giving your time and talent away has shaped you as a storyteller or creative? Please comment to share.