DJI envisions a future with drones everywhere, while 3DR continues their sci-fi miniseries. In the real world, FAA discusses the registration of drones over half a pound. 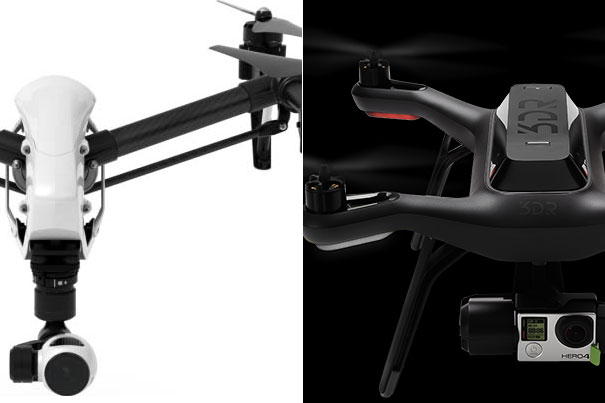 With the recent celebrations of the film Back to the Future Day still echoing, everybody seems to dream of science fiction, from DJI to 3DR. Meanwhile, the discussion around the registration of drones continues.

First things first. While nothing is confirmed yet, it seems the 25-member task force responsible for studying the subject of drones registration is, according to Reuters, going to recommend a web-based registry for drones weighing more than half a pound.

The Federal Aviation Administration continues to be vague on their information about the three day meeting of the task force, simply stating that “The group focused on reaching a consensus on a recommended process for registration. The discussions included how an operator might prove a UAS is registered, how the aircraft would be marked, and how to use the registration process to encourage or require UAS operators to become educated on basic safety rules. The group also continues to gather data and analyze which types of UAS would need to be registered and which would not.“ 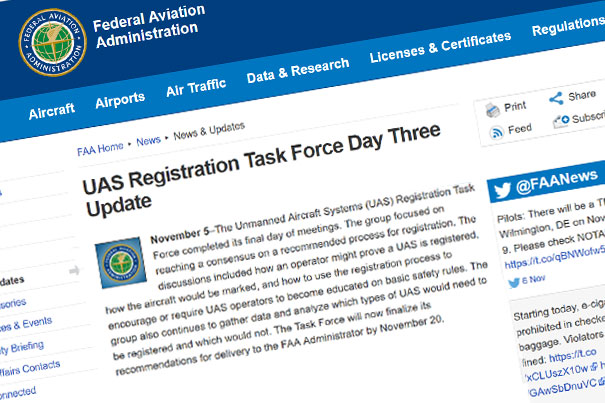 One thing is certain: the FAA might not accept the suggestions from the task force, meaning the discussion will go back to the start, while people will start buying drones as a Christmas gift. With about 1 million drones, big and small, to be sold over the Christmas period, FAA is concerned about how the airspace will look like in the future.

Meanwhile, Japan is going in the opposite direction, apparently making the use of drones a trivial thing. During the second meeting of the Public-Private Dialogue towards Investment for the Future, Prime Minister Shinzo Abe said that “Investment is the key to a productivity revolution and it is through investment that we will lead the world in realizing a fourth industrial revolution. I believe that the challenge for a fourth industrial revolution is all about speed. Autonomous driving, drones, and the healthcare and medical fields are all promising fields in which safety and convenience can be achieved together. In the forum of this dialogue we will move quickly to determine specific measures in these fields.”

Japanese authorities aim to make parcel delivery by drone a reality, as soon as three years from now. For this purpose, added Prime Minister Shinzo Abe, “the government will immediately establish the Public-Private Council, in which users and the relevant ministries and agencies will discuss the specific structural and systemic requirements. He also said that “we will make it possible for drones and construction machinery to be operated and for data to be sent and received remotely from more distant locations than before. To achieve this goal, by summer next year we will develop new telecommunications infrastructure, including the expansion of usable frequency bands and enhanced output capacity.”

While FAA wants to limit or control the number of drones in the sky, DJI seems to go the other way round: they expect everybody to own a drone, probably multiple, to create footage like some the sequences from a recent video published on their YouTube channel, which is part fact, part fiction.

For the Phantom X concept video DJI invited names as Chloe Bennet, Scott Goodson, Jeff Cable, Dana Brunetti, and Russell Brown to talk about this glimpse of the future. Most of it is still only a dream, but as DJI puts it, “the creators of today have always been the dreamers of yesterday.” 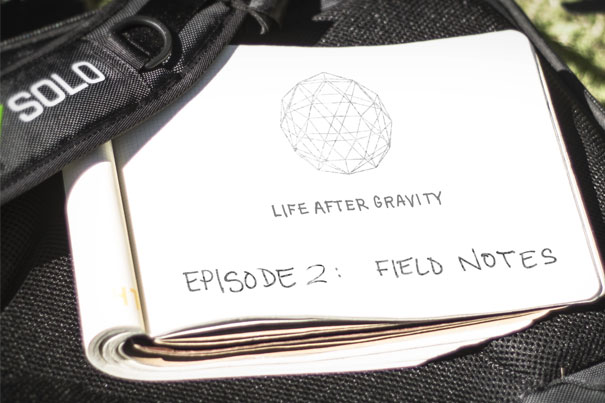 Meanwhile 3DR shows the second episode of their original sci-fi miniseries, Life After Gravity. The series is a good way for 3DR to promote the use of their drone Solo. Shot entirely on Solo and GoPro, the series launched on YouTube in October and 3DR will release the first six episodes at regular intervals over the remaining months of 2015.

The whole concept behind Solo is simple: Make it easy for anyone to get cinematic aerial shots. 3DR says that “we’re filming this miniseries on Solo—and only on Solo—to illustrate just what this means for filmmaking. Every single shot is made with Solo, and for most of them we use Solo’s Smart Shot technology, which not only makes it easy, but gives each shot a polish that’s nearly impossible to replicate without a professional pilot. We also wanted to illustrate that you can now tell an enormous story—this one is on a global scale—on a limited budget: Most of the costs of production went to travel; all other production costs were relatively negligible.”

“Life After Gravity” is a thriller on a global scale—intergalactic, really—about the blessings and poisons of extraordinary power, the many conflicts of its pursuit, and the birth of a new era for our civilization when we’re suddenly relieved of the trappings of gravity. All of it, states 3DR, “was ambitiously shot by our in-house video production team in collaboration with producers and Solo users in locations all over the world, under some serious budgetary and time constraints, using only the elements found in a typical 3DR Backpack for Solo.”

Each episode of the sci-fi miniseries will be accompanied by a behind-the-scenes video and a field notes blog in which the team dives deep into the technical details that went into filming it. That’s one important aspect of the project and one that will probably attract many to see both the episode and the behind the scenes video. Going through the videos one discovers not only how the Solo drone can be used, but also multiple other tips about filming with drones, a knowledge that can be applied to drones from other brands. Check the newest episode of Life After Gravity now.