This week on MacBreak Studio, Steve and I dip our toes into the 360VR waters.
(360 version available here using Chrome or Firefox)

During my time at NAB this year, I explored the current state of VR. Alex Gollner and Tim Dashwood provided a great overview as one of the FCPexchange presentations. There were some interesting exhibits in the Central Hall. And I got to tour the Nokia production truck, where they were streaming live 4K stereoscopic 360VR video from a stage in the convention center parking lot with three Nokia OZO cameras. All in all, I felt like I was seeing something real beginning to take shape.

In this episode, I share some information about how you can inexpensively begin to experiment with shooting, editing, and watching VR material. The Theta S from Ricoh is a great entry-level 360 camera that is highly portable and easy to work with. Although you can watch 360VR videos on YouTube (Firefox or Chrome browser required), I recommend spending about 20 bucks on the Mattel ViewMaster VR that accepts your phone as the playing device (much like Google Cardboard, but a bit more robust).

When it comes to post-production, Tim Dashwood’s 360VR Toolbox is a set of plugins for Final Cut Pro X that make it easier to work with 360 footage by allowing you to preview it in a VR player, reorient it, clean it up, and even composite graphics and animated elements into your 360 video footage.

Before you can work with your footage in FCP X, however, it needs to be stitched together into a single equirectangular frame. One way to accomplish this is Kolor’s Autopano software, although footage from the Theta S can be stitched with Ricoh’s own RICOH THETA application.

Once edited and exported, you need to add some metadata to your video before uploading to YouTube in order for it to be recognized correctly and viewed in a 360VR player window. One way to do that is to use YouTube’s own little app with the self-important name: Spatial Media Metadata Injector.

The bottom line is, 360VR video is happening, and you can start to experiment not just with consuming it, but with creating it, to figure out if it can support your story-telling goals.

You can watch this episode in 360VR using Chrome or Firefox here. 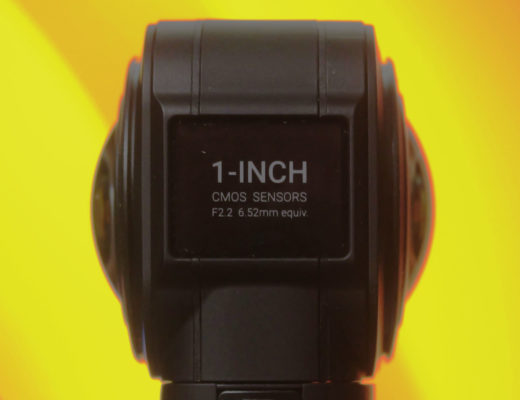