Approximately $3 million in stolen cameras, lenses and other film equipment stolen in the United States and rented on the black market in Argentina was recently recovered in a series of raids. 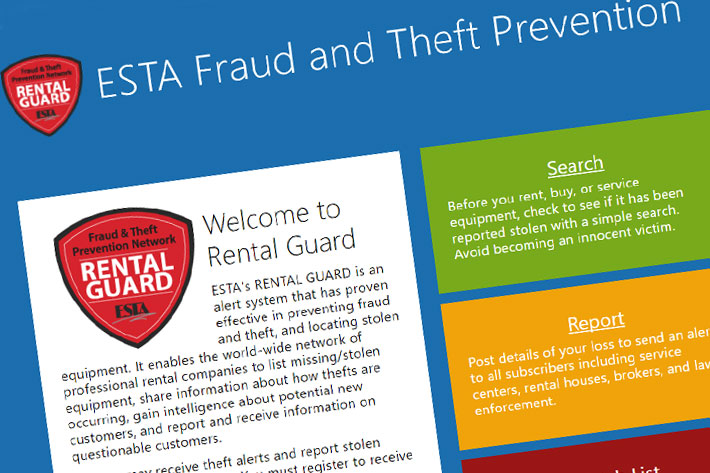 The Argentinian police, the New York police,  the FBI and US Embassy seized in Buenos Aires stolen equipment, from ARRI, Canon or Blackmagic cameras to Zeiss or Vivitar lenses. Is your camera there?

In 2016 and 2017 Adam Wilt published here at ProVideo Coalition two articles about stolen equipment, Hot Gear: stolen equipment, related to a San Francisco robbery, and Stolen lens alert: Hot Veydras, in Los Angeles.  The San Francisco robbery was resolved and the information available indicates that “the equipment was recovered and two suspects were apprehended, however two additional suspects remain at large.” 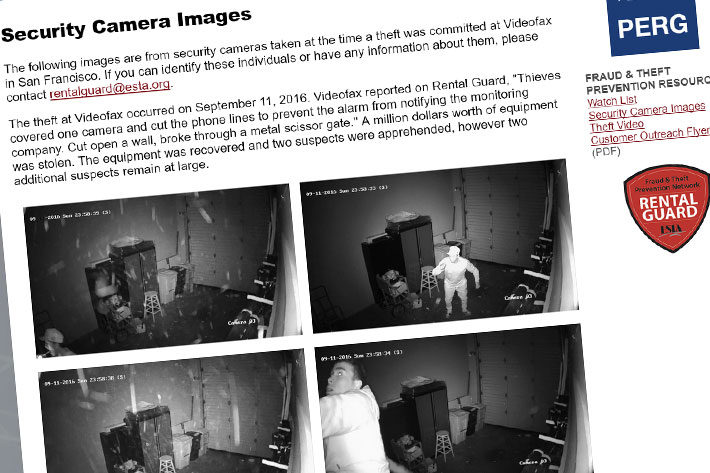 On September 13, in a joint operation with officials from the Argentinian police, the New York Police Department Major Crimes Squad, the FBI and the U.S. Embassy in Buenos Aires, approximately $3 million in stolen cameras, lenses and other film equipment was seized in Buenos Aires. 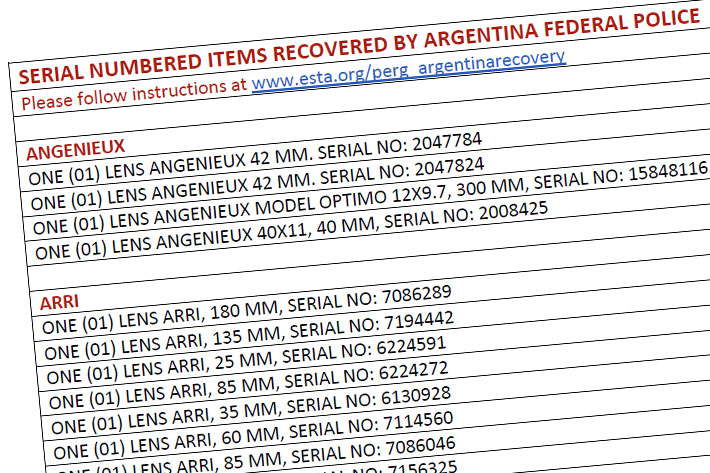 Stolen in USA, rented in Argentina

The operation took some time to prepare. Argentinian Federal Police became aware of an NYPD investigation related to the matter two years ago and police from the two countries then collaborated on a lengthy undercover operation. Authorities said they carried out 10 raids and were able to break up a criminal gang that stole the equipment in the U.S. and rented it on the black market to companies for the production of movies and TV commercials in Argentina.

ESTA’s Production Equipment Rental Group (PERG) has been working closely with the police to coordinate identification of recovered items. In addition to items verified through RENTAL GUARD, key industry camera and lens manufacturers and service centers have checked the serial numbers against internal databases.

There are still a large number of items whose ownership has not yet been identified, and that’s where the individual users and readers here at ProVideo Coalition can help. A list of items is available to view online at www.esta.org/perg_argentinarecovery. If you have been a victim of theft and believe that items on this list were stolen from you, you must submit information on the theft and either a police report detailing the items or an original bill of sale showing serial numbers to [email protected] 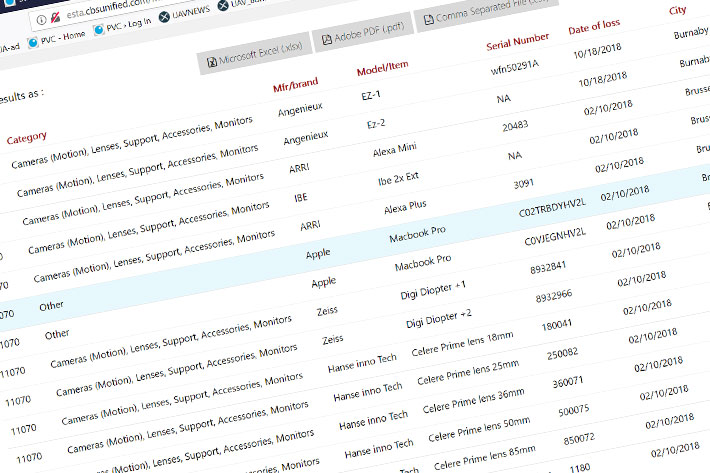 $10M recovered thanks to RENTAL GUARD

During the raids, the police used RENTAL GUARD, ESTA’s online searchable database of missing equipment, to verify that items had been stolen. NYPD Major Case Squad Detective Martin Pastor stated, “RENTAL GUARD was the main source used by the Argentinian police to check for stolen items. It is known globally as the industry’s centralized permanent database and is the most effective way to record losses. We have recovered over $10M in stolen equipment thanks to RENTAL GUARD. I urge anyone who suffers a theft to post it on RENTAL GUARD immediately, and anyone considering buying used equipment to search the database first to make sure the item is not stolen.”

Detective Pastor continued, “I would especially like to thank the members and staff of PERG for their vital assistance in the recovery. Everyone I contacted made themselves immediately available to help. This was a joint effort that could not have been accomplished without their participation.”

This case makes it very clear how important it is that equipment thefts be reported immediately to RENTAL GUARD. Having one centralized database that law enforcement anywhere in the world can access instantly can make the difference between a successful operation or one in which the thieves walk away because the police can’t verify that the equipment has been stolen. PERG has been actively working with law enforcement to educate them about RENTAL GUARD and to ensure it meets their needs. 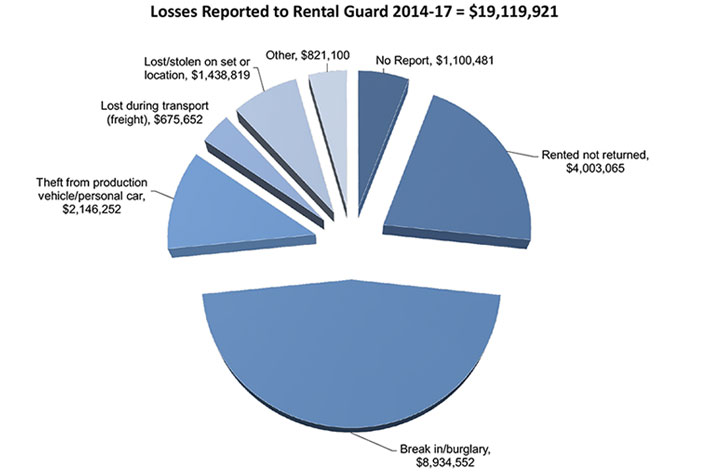 RENTAL GUARD is part of ESTA’s Fraud and Theft Prevision Resources initiative and includes a missing equipment alert notification system and an online searchable database. Anyone may receive theft alerts and report stolen equipment free of charge. You must register to receive the email alerts. Visit www.missingequipment.org to sign up now.

Equipment theft is a major problem for big companies and indie producers. According to the February 2017 newsletter from PERG, “in 2016 RENTAL GUARD received more theft reports and more fraud alerts than any year to date: 87 theft reports, $8,758,000 in stolen gear, more than double the 2015 totals. While this is clear evidence that theft remains a major industry problem, “these data also confirm that RENTAL GUARD is fulfilling its mission as the central, industry-wide, depository for theft information. We have no way of knowing the percentage of incidents reported to us, but suspect RENTAL GUARD now collects the majority of them (in the Americas).”

That same year, RENTAL Guard, and the efforts of NYPD and others, contributed to ten equipment recoveries worth roughly $1.4 million. The story of how these recoveries were made is amazing—and informative. The same newsletter mentions that “In many of the recoveries RENTAL GUARD confirms that the equipment is in fact stolen after a potential buyer becomes suspicious. This happened in Atlanta where a local rental house was offered an ARRI Alexa Mini package (worth roughly $60,000) for the bargain basement price of $14,000. The rental house owner made inquiries with other rental houses and checked RENTAL GUARD where he found out the camera and set of six Xeen lenses had been stolen in September from DP, Tom Marvel.

To read the whole story and know more about the work of ESTA and PERG, follow the links.