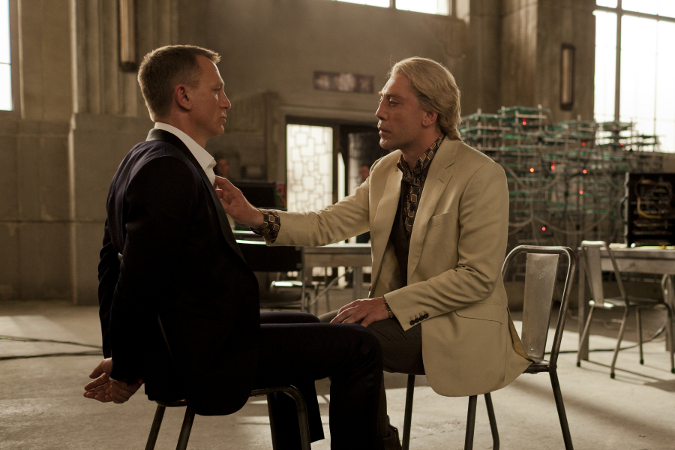 Deakins won the ASC Award in the feature film competition for SKYFALL. Bolygo and Morgenthau tied in the one-hour television episodic category for Cinemax’s HUNTED and HBO’s GAME OF THRONES, respectively. Hoffmeister won the TV movie/miniseries award for PBS’ GREAT EXPECTATIONS, and Lipson was the recipient of the half-hour television episodic category for FX’s WILFRED.

Actor David Zayas, also known as Sgt. Batista on DEXTER, announced Bolygo and Morgenthau had tied for the Outstanding Achievement Award in the one-hour television category. This is the first tie in ASC Awards history.

Bolygo, a first-time ASC nominee, won for the “Mort” episode of HUNTED. This is the first win for Morgenthau, who has been previously nominated for THE FIVE PEOPLE YOU MEET IN HEAVEN (2005), LIFE ON MARS (2009) and BOARDWALK EMPIRE (2011). Tonight’s award is for the GAME OF THRONES episode “The North Remembers.”

TWO BROKE GIRLS’ Matthew Moy presented the half-hour television category award to Lipson, who was a first-time ASC nominee for the “Truth” episode of WILFRED.

Nominated alongside Lipson were Ken Glassing for FOX’s BEN AND KATE (“Guitar Face”), Goi for NBC’s THE NEW NORMAL (“Pilot”), Peter Levy, ASC for Showtime’s HOUSE OF LIES (“Gods of Dangerous Financial Instruments”), and Michael Price for ABC’s HAPPY ENDINGS (“Four Weddings and a Funeral (Minus Three Weddings and One Funeral)”).

The ASC International Award was presented to Robby Müller, NSC, BVK by director Steve McQueen and actress Nastassja Kinski who worked with him on the film PARIS, TEXAS. Kinski noted, “Seeing Robby work on that film made me want to know all about the camera – how it catches light, images, and feelings. How it serves as the window to each film.” Müller was unable to attend the event, and McQueen and Kinski accepted the award on his behalf.

The ASC Presidents Award was given to Curtis Clark, ASC (THE DRAUGHTSMAN’S CONTRACT) by Stephen Burum, ASC.

The American Society of Cinematographers was chartered in January 1919. There are more than 300 active members of ASC, and 150-plus associate members from sectors of the industry that support the art and craft of filmmaking. Membership and associate membership is by invitation based on contributions that individuals have made to advance the art of visual storytelling.