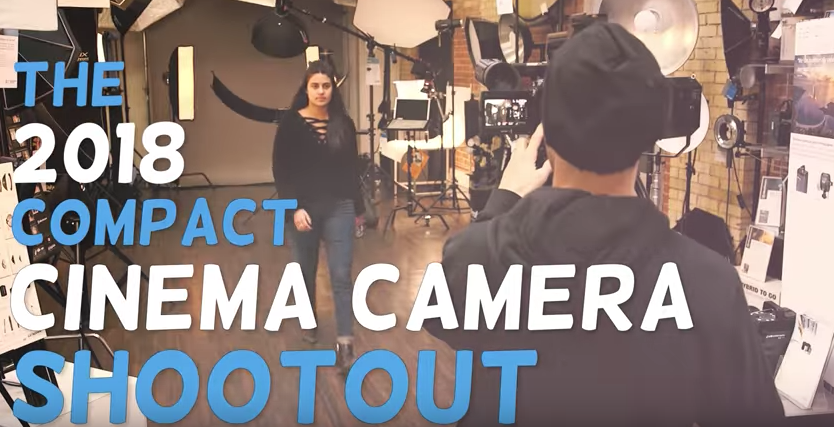 There are a few things you should know about the “shootout” video that I’ve just completed, especially in light of opinions and feedback that experts right here on PVC have called out about similar videos in the past.

First off, online camera comparisons are to be treated as dubious at best.  While I put some notable effort into this, there are so many factors that play into what camera works best in a given that situation that my findings borderline on edutainment.  I’m not saying you should disregard what I’ve concluded, but that it reflects only a small portion of what goes into determining a camera’s strengths and weaknesses.  We’ve all seen amazing footage shot with a DSLR and a lot of garbage coming out of RED cameras.  So any camera in the hands of a person with a strong artistic vision trumps any particular camera asset or liability.

With that caveat out of the way, allow me to spray you with my grotesquely opinionated subjectivity.

This video demonstrates that all of these cameras can give you a great image with any competent colorist.  An image so great that no one will really care what camera you shot it on.  What matters more is what the cameras are like to use and what type of accessories you might need to actually make it a proper working camera.  For example, I would never buy the EVA-1 without buying a proper EVF.  So add $1500 to the price.  The LCD on the camera is unfathomably bad.  I honestly don’t know how it got past quality control.  I can only imagine that this will be the first fix on an EVA-1 Mk2.  So I don’t care how sharp the image is – if I can’t see what I’m shooting, it’s all rather pointless, isn’t it?

Speaking of sharpness – there is already a lot of chatter on the Internet about the softness of the C200 image.  Some people have even commented that maybe I wasn’t focused properly.  I can assure you that I was as sharp as I could be, and the lenses were shooting at their sharpest f-stop, around f5.6.   Yes, I shoot 4K on the C200 a ton and punch in; and I think the footage looks great.  I caution shooters to treat sharpness as an absolute ideal.  It’s a double edged sword.   I think if you’re shooting architecture, then put a nice Zeiss Otus or Milvus lens on an EVA-1 and you’re gonna knock it out of the park.  If you’re shooting a beauty advert, that same setup is probably going to require a lot of work in post to make your model look good.  If I was shooting beauty or talking heads, I would probably go with the C200 or the Ursa with Sigma FF primes or maybe even some heritage glass (not including the pricier PL mount choices).

Another notable finding – which shocked me to be honest – was how good the C200 in Clog3 was in low light.  I fully expected the EVA-1 to take the cake.  Thus proving that a dual ISO isn’t the end-all be all.  Also, The 8-bit mp4 codec out of the C200 is so ridiculously good, it’s almost hard to believe that it’s only 8 bits and you can get 10 bits out if you have an external recorder (restricted to HD), if it has to go to broadcast.

I could go on and on about each camera.  The truth of the matter is all of these cameras are good.  Whatever you buy/rent/use, you’re going to learn to put up with its particular intricacies, but that stuff shouldn’t be your focus. If you have talent, you’ll make some great images, regardless of which camera you are or want to be using.

That’s my way of answering the inevitable question about which camera “won” the shootout. You probably have preferences in terms of which camera intricacies you want to put up with and adjust to your liking, so I just hope this video guides you to the right camera based on those preferences.

What does a director of photography shoot to take full advantage of a brand new 12K RGB sensor? Nature?...