Watch the video and read my 5 comments about it.

What is Ardent Streaming Protocol (ASP)?

Ardent Streaming Protocol (ASP) is a smart streaming protocol that YoloCast uses to help ensure your streams are protected from audio and video quality loss. This means that ASP can help to establish an error-free transmission of your live streams, regardless of your network connection. 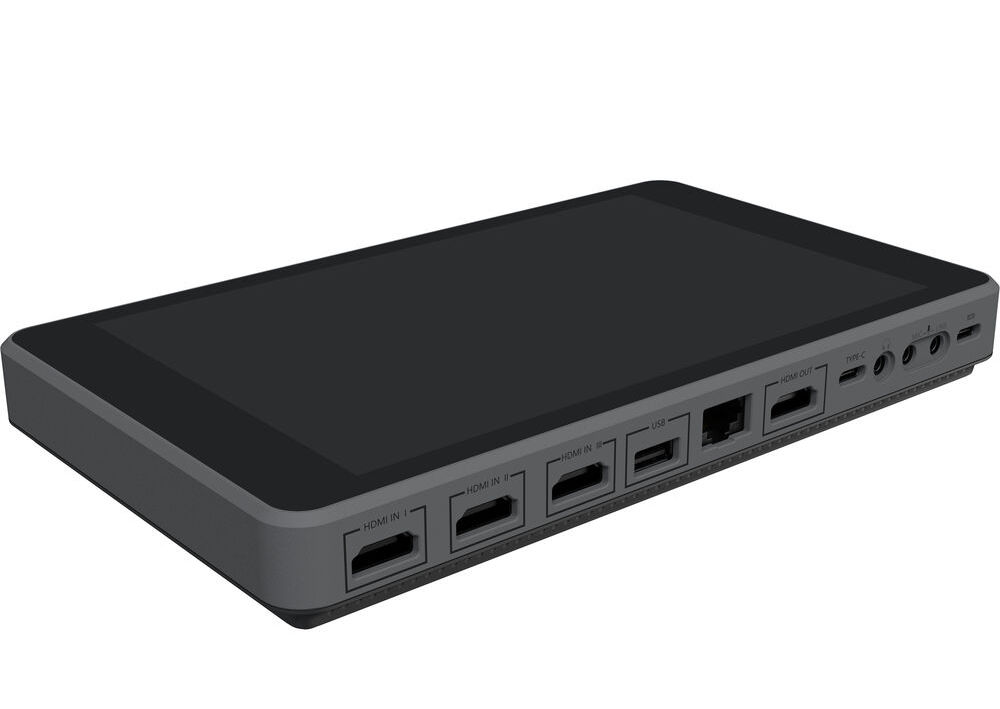 Currently, Ardent Streaming Protocol works exclusively with YoloLiv’s YoloBox Pro (illustrated above). As of the publication of this article, YoloLiv had not responded to my question about whether YoloLiv plans to license its Ardent Streaming Protocol to third parties, be they software or hardware developers. However, even if you use any other video mixer/switcher of any other manufacturer, you can still use a YoloBox Pro as your final encoder by running the output of your existing video mixer/switcher via HDMI to the YoloBox Pro. In this case, the YoloBox Pro is not only your dedicated encoder with a touchscreen, but also a program monitor for your live broadcast.

What is the difference between ASP and RTMP? 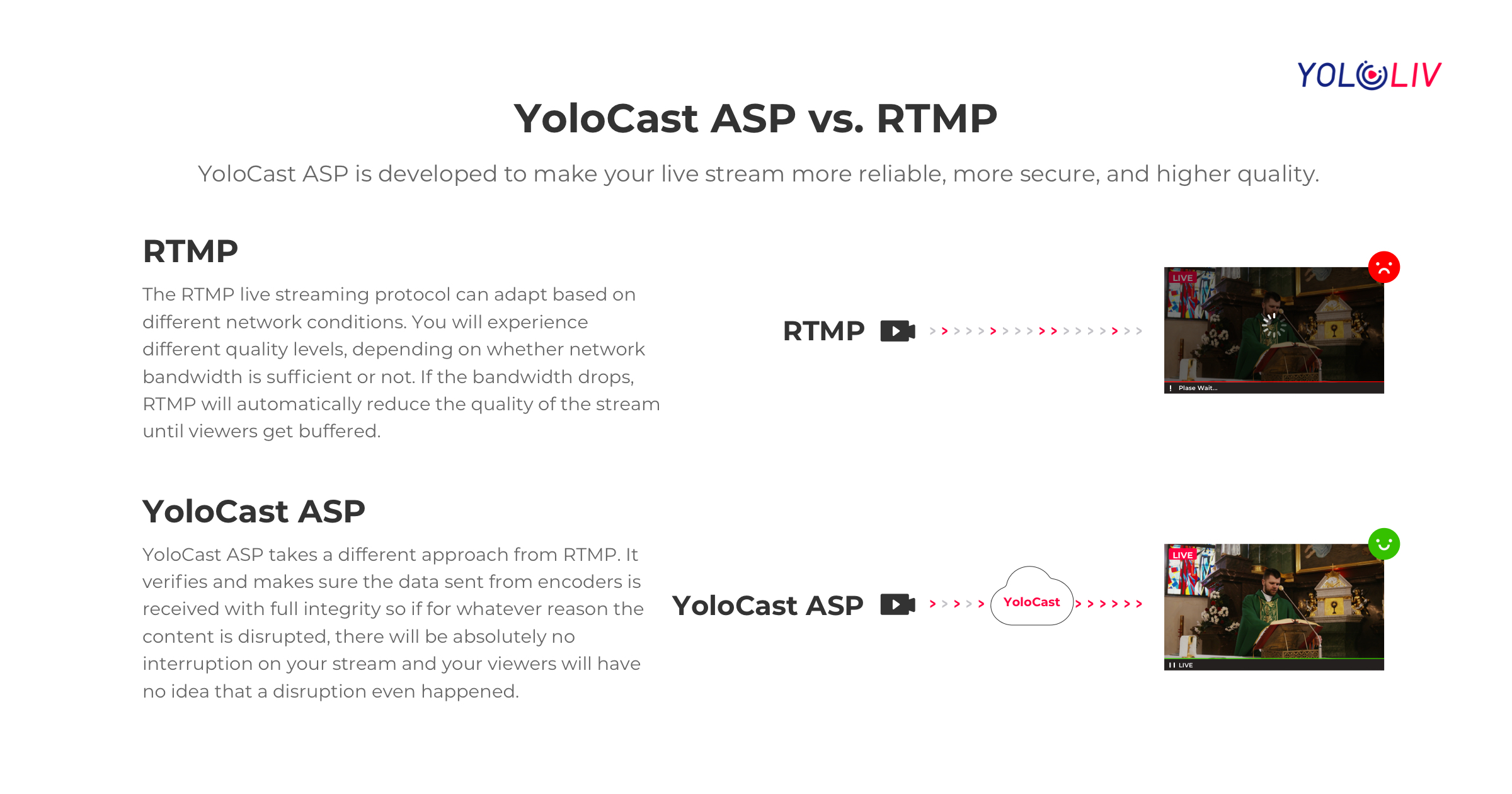 Ardent Streaming Protocol differs from other streaming protocols like RTMP because it stores and sends more redundant data. This extra redundancy translates to a lower chance of network packet loss and subsequent loss of quality for your multi-bitrate transmission even when you are streaming from a location with an unreliable Internet connection or even when switching to a backup network, such as a cellular hotspot.

How does ASP work？

ASP works by keeping the video and audio content in a dedicated area (buffering area) on YoloBox Pro when the network gets interrupted. Once the network resumes, the data stored on YoloBox Pro will be delivered to the YoloCast cloud. Small network issues mean your video arrives in the cloud out of order. YoloCast ASP’S adaptive recovery retransmits media data to fill in the gaps and make sure you won’t even notice minor network disruptions. 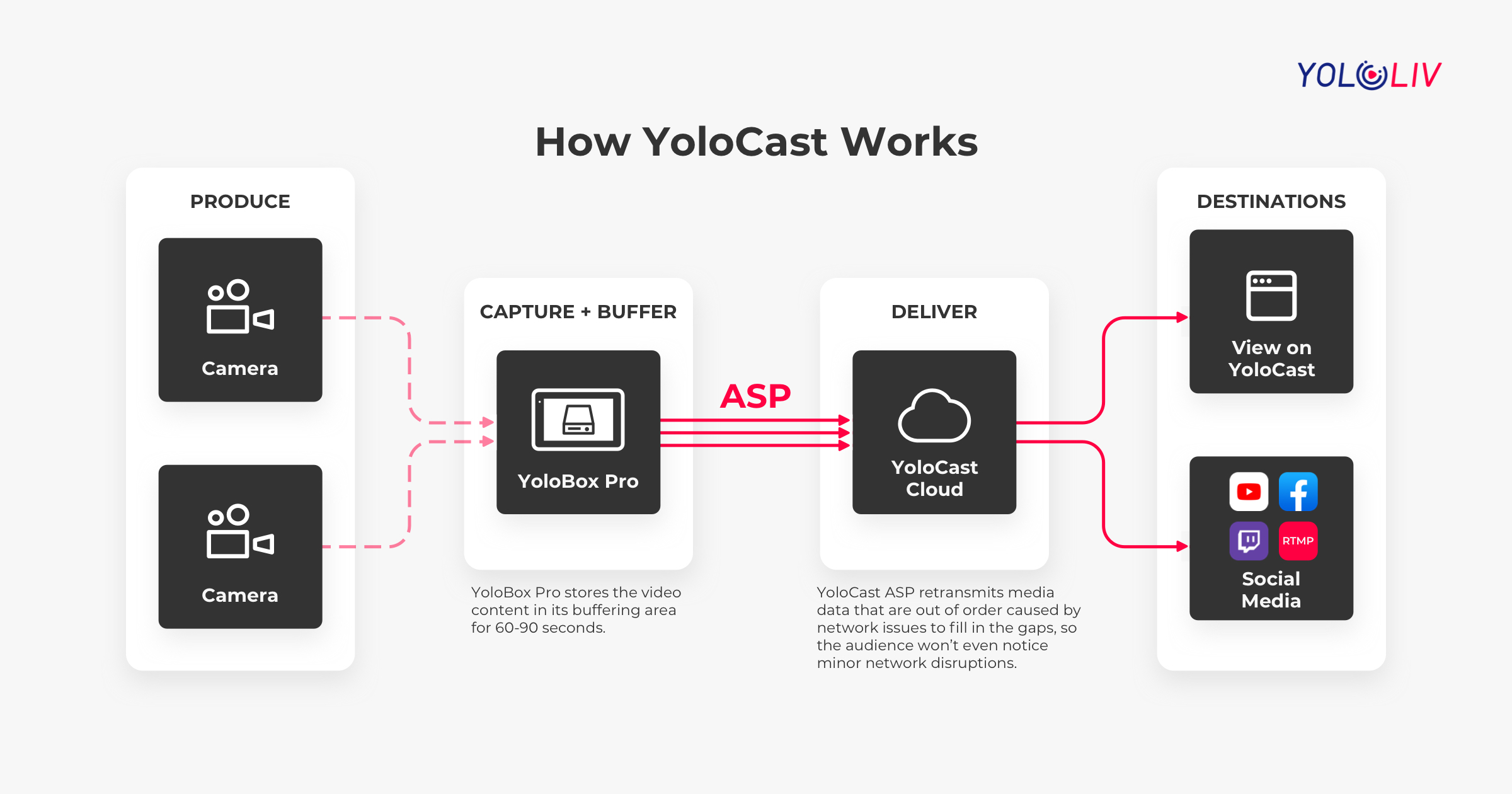 All events made on YoloCast rely on a short delay to ensure that 100% perfect content makes it to the cloud before your viewers see it – eliminating annoyances like buffering, frame drops, or glitches. A longer delay means a better chance of flawless event viewing. YoloCast ASP allows up to two minutes of delay for reliable and quality live streams. In the case of a sustained Internet outage, viewers may buffer or pause, but the event will resume where it left off once the connection is restored.

ASP is YoloLiv’s latest patented technology and is without a doubt the most impressive video transport protocol available today,

We’re proud to see how this smart protocol changes how people live stream and brings them new experiences for professional and high-quality live streams.

My comments, requests and initial conclusions

Note: The ASP feature is still in Beta. To join the Beta Program, YoloLive asks you to upgrade your YoloBox Pro to the latest version v4.x and email them at [email protected].

Many of the above manufacturers have sent Allan Tépper review units, including YoloLiv. Some of the manufacturers listed above have contracted Tépper and/or TecnoTur LLC to carry out consulting and/or translations/localizations/transcreations. So far, none of the manufacturers listed above is/are sponsors of the TecnoTur, BeyondPodcasting, CapicúaFM or TuSaludSecreta programs, although they are welcome to do so, and some are, may be (or may have been) sponsors of ProVideo Coalition magazine. Some links to third parties listed in this article and/or on this web page may indirectly benefit TecnoTur LLC via affiliate programs. Allan Tépper’s opinions are his own. Allan Tépper is not liable for misuse or misunderstanding of information he shares.