The Kickstarter campaign for a new Yashica camera raised more money and raised it faster than many other crowdfunding projects. What’s so interesting about this camera? 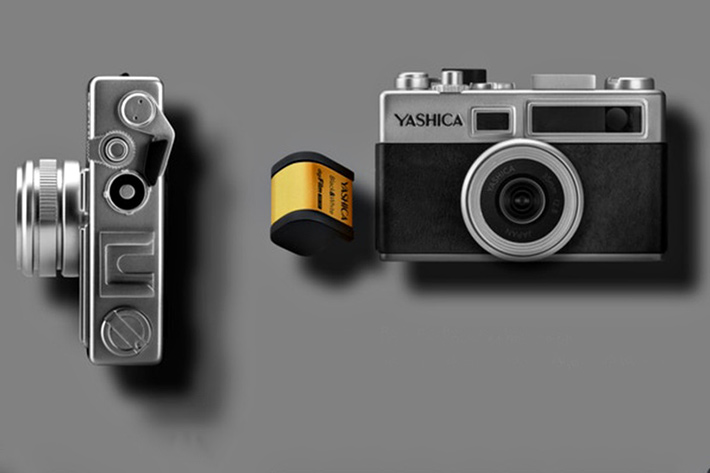 After a decade of silence Yashica is back with what it calls the “unprecedented YASHICA Y35 Camera with the new system – digiFilm”. More than 5000 backers want to take this trip to the past!

Yashica is back from the dead, apparently, with the promise of a camera that gives users the joy of analog photography in a digital world. According to the blurb from the company, the Yashica Y35 camera brings in “an extraordinary photography experience” as it recaptures, both in appearance and sensation, the “joy and meaning of analogue-photography but eliminating the time and expense required for film development.”

Users of this Yashica Y35 are invited to mimic the action of loading a film roll inside the camera, one so called digiFilm which looks much like a smaller version of the long gone APS cartridge, from the APS film cameras which gave birth to the modern day digital APS sized sensors. The creators of the new camera say that you have to load a digiFilm to create your album, adding that  “a brief pause is required to wind on the film before shooting” No, you’re not using film, the images are sent directly to a SD card inside the camera, but this brief pause, which mimics advancing the roll to the next frame,  “grants us time to inspire and think”. Apparently!

While nostalgia is an important element of life, one has to ask if we really want things like the Yashica cameras to return, in shapes and models that may look like those from yesteryear, but are, many times, just second or third rate compact cameras trying to get a place in the sun using a brand name that was very popular once. By the example given here, some names are, apparently, better left untouched.

When looking at stories as the return of Yashica, one has to understand that the Yashica/Contax known by those of us old enough to remember both brands, stopped producing cameras in 2005. Kyocera, the company owning the brands at the time, sold the trademark rights of Yashica to a Hong Kong firm in 2008, and since March 2015a new one, 100 Enterprises International Group Co. Ltd. has been appointed as Yashica global sole agent.

So, the Yashica we remember from its humble beginnings in 1949, and that in 1965 introduced the world’s first commercially successful electronically controlled 35mm camera, the Electro 35, a popular rangefinder model, is not the one now backing this Kickstarter project.  The strange thing in all this is that although the information about the final product seems a bit sketchy – and completely out of touch with reality – the project is more than funded, and there is still more than one month to go. One has to raise a question: who is supporting these projects? 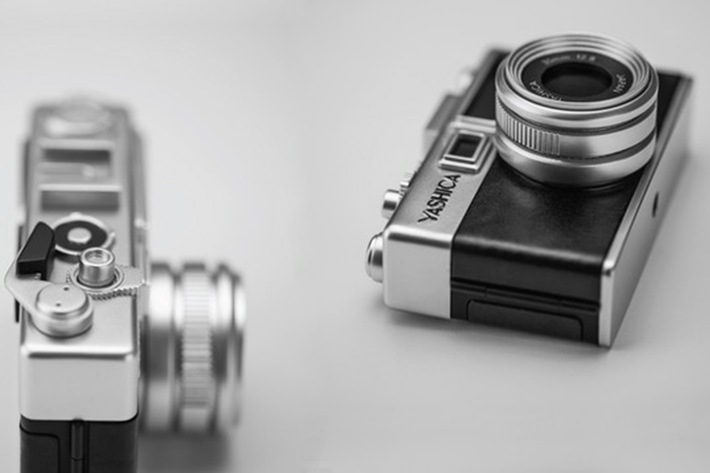 The people behind this camera may refer to Yashica’s almost 70 years experience in camera and optics development, but nothing of that knowledge is present here. The Yashica Y35 features a 1/3.2-inch CMOS sensor able to capture 14 megapixel photos, with a lens with a focal length of 35mm f/2.0, 5 selectable shutter speeds – 1s, 1/30s, 1/60s, 1/250s, 1/500s – built-in viewfinder, a minimum focusing distance of 1 meter to infinity (and no clarification if it has AF or if it is always in focus), operated by two AA batteries and controlled by digiFilm.

One interesting aspect about the evolution of this camera is how its aperture changed from f/2.8 at the launch of the project to f/2.0. The Kickstarter page has a note from the creators stating that “after working hard with our team for over 30 hours, we found a solution to upgrade the aperture from f2.8 to f2.0. This is a milestone of the upgrade since we need to fix several difficulties of the exposure. With the upgrade of the aperture, we stay at the “aperture priority shooting mode” from electro 35. The shutter speed will be calculated by the Y35 automatically. But be calm, we will add a 5-step exposure control from -2 / -1 / 0 / +1 / +2 and a 1 second exposure mode for you to create your stylish and unique photography. Your contribution is really important in this milestone.” So, now you know…

The camera has no LCD panel to check photos and there is no way to delete those captured. The company behind the project says that the camera is a ”journey to the truth—there is no instant gratification of a review screen, no delete button, and no hiding from mistakes. The world seen from the viewfinder of Y35, might be a little slower, a little prettier, transporting us back to a time when we all pay a little bit more attention, and causing us to care each shot before clicking the shutter – because it must solid the first tie or the moment is lost. Every Y35 image is real, carefully captured in its true moment.”

Some people will find this, let me call it, lack of convenience, interesting for teaching purposes, but due to the  technical limitations the camera has, I see no point in using it… for teaching. Or, in fact, for anything else. But let’s continue… 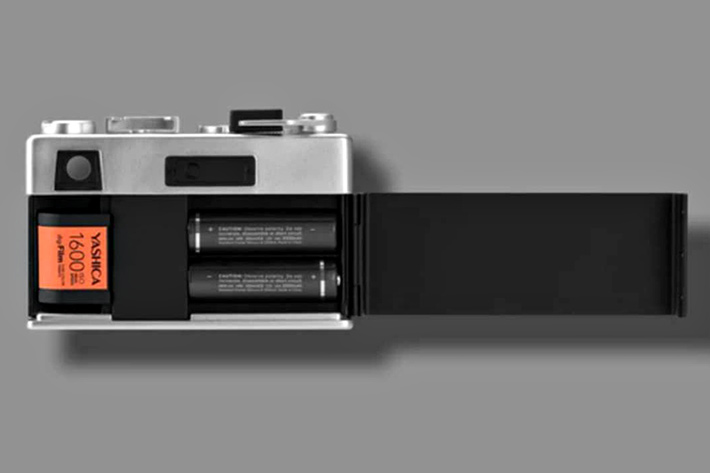 The digiFilm at the core of the Yashica Y35 is the “great pretender” in this story. Looking as an APS cartridge, it also reminds me, in concept, of Minolta’s Creative Expansion Card from decades ago. Those were cards that added functions to cameras, things from aperture priority to portrait. Minolta discovered a business model with those cards, as some users were so dependent on them that sometimes they would not shoot a portrait with a fully functional camera, because, they said things like: “I forgot my Portrait card at home”. Canon did try something similar with a bar code reading pen and a book full of modes, for their EOS 10 and EOS 100 cameras from film days, but dropped the idea very quickly.

The digiFilm cartridge follows the same logic. There are four of them available, “with its unique style and distinct effect”. They are, according to the company, “designed for high quality images of different style such as ISO 1600 High Speed, ISO 400 Black & White, 120 format of 6×6 images and ISO 200 Ultra Fine. But rest assured, the company promises that  lots “of different digiFilms are coming to give photographers more opportunities to experiment and create beautiful images in different styles.” So, there you’ve it, a business model not much different from Minolta’s with their Creative Expansion Card, only some three decades later.

Despite all the criticism, and the bad comments online, the truth is one: this is one of the most rapidly funded projects on Kickstarter. More than 5000 backers pledged close to $ 900.000,00 when the goal was $105,000.00 for the Yashica Y35. Is this the future of the photographic industry?