1 – Be helpful, be supportive, help them tell the best story with sound that you can.

Some gigs are just amazing. It’s an exciting project, made by an exciting team and you are just happy they chose you to do it. Many times however that is not the case. It’s a dry read about auto parts for a technical video, it’s a pick up for an audio book that does not interest you, it’s a mix for a program on a subject that does not inspire you.

Always remember that you are getting paid for the privilege of working on their program or segment. They have worked hard on it, sweating the details, getting things just right and allowing you to take them over the finish line. While it might not “be your thing” this is the most important aspect of their day, show the proper respect for their hard work.

2 – It’s not your show, you can offer thoughts but the choices are not yours to make.

Making a movie or TV show involves many people and many choices. Often you are asked for your thoughts and opinions as well. This is sacred ground and it is always a good idea to feel out the people. I always suggest offering comments in a positive light and, certainly in this case, less is more. Remember first that the show is locked, so wayward comments that won’t change a thing are not useful. Stick to talking about the audio and not other aspects of the show. If they want the music softer, make it softer. If they want the sound effects louder, make them louder. Even if you feel that it is the wrong choice or a mistake, it’s not your movie, it’s theirs. I’ve done many shows where choices made were very different than ones I would have made. That is OK because it is not my show. When it is, then I have the leeway to make the “wrong” choice.

Sometimes programs come with many built-in problems. That is why you were hired in the first place. Make it count and make things better. Don’t talk about how bad the location recordings were, that the pick-ups were recorded with an iPhone, that all the submitted music is in mp3 format. You can talk about ways to make things better for them, but don’t scold or intimate that they screwed things up. There is always room for a bit of light-hearted banter at the appropriate time, but in the thick of the work, stay focused and tell them how you can make it all better.

Some jobs can’t be done well. They were off right from the start and no amount of noise control, sound design or mixing will ever make it right. Some people are just difficult to deal with. They have an off-putting manner, are condescending or are just plain not very nice. In this profession, everyone is a “star”, is “somebody”, is “connected”. In my experience these can become untenable situations. These same folks typically have unrealistic expectations, can keep coming back with changes and at the end of the day renege on schedules and payments. Sometimes your time, patience and sanity are worth more than a single job. Sometimes you just need to be too busy or too expensive for some of the work that comes your way.

5 – Understand that not all problems can be fixed and know when to move on.

I think I’ve spoken in the past about my 10 or 15-minute rule. If you are working on a moment that you just can’t lick – stick a pin in it and move on. These problems are typically a very small part of a much larger piece and time will just tick away as you work and rework a single moment. I have always found that moving on after a reasonable amount of time was spent is the best option. Psychologically you can then get much more work done and then just have a few things to go back and keep working on. There is a point where no matter how much fussing is involved the benefits are nil. I have another handy rule, if all the effort only makes things marginally better – call it a day on that. Not every problem can be solved. If it could you’d be President of the world! Just know that you did what you could and it’s time to move on. Typically when watching things down that brief hiccup will be unnoticed by anyone except you.

No is easy. Yes can be hard. If you are working on a project do you best – your name will be on it and you are there to make a contribution. This does that mean you can do the impossible. See #5. That being said, by working a client’s notes, oftentimes it will force you take a new look, reach for new tools and find new solutions. And that being said – if you can’t make it work – move on.

Yes is a very powerful word that can open many doors. It is said that people come at the world from one or two places – they are either an emphatic yes! Or an emphatic no! – and work forward from one of those two very simple principles. Learn to be a yes.

7 – Don’t nickel and dime on price or on your time.

When you make a commitment to do the work – keep it. If you’ve taken a low rate, for whatever reason, work just as hard as if it was the most exciting project and the best paying gig you’ve ever had. In my experience great work keeps folks coming back. However, even the simplest things can make the memories not memorable. “Yeah, the soundtrack sounded good but remember we kept getting billed for the smallest things…” “I thought it was one price, then it was another…” “we kept getting bumped because we weren’t one of their big ticket clients…”

You want to be remembered as “the one who did it all”, “they made it happen” “took a lot  longer but never charged us a dime more…” Always be the one that goes the extra mile. I work Holidays, weekends, nights, emergency sessions, whatever it takes to get the client happy with the work or make the changes required. There is a reason many businesses fail – one of many is that the client doesn’t feel taken care of, special, worth the extra effort.

Being lazy is easy. Ask any couch. Getting things right can take time, and serious effort. This is a career, not a simple way to make a buck. This is not hawking hot dogs at a ballgame. This is a contribution to someone else’s vision. Hopefully, you’ll be able to look back at a body of work. Don’t listen to an old show or movie and hear simple things that could have easily been dealt with but you let slide.

Your name is on it, your time and sweat is in it. Everything you do should be done with purpose, with conviction, with an eye (ear) to longevity. Of course you learn and grow as you work. There may be things that you watch back that were done early in your career that in retrospect could have been done differently, could have been done better. The tools change, your abilities improve, but the goal of always putting your best efforts forward should always be the goal. Otherwise, perhaps hawking hot dogs at a ballgame is a better pursuit for you. No shame in selling hotdogs – all in a day’s work. Selling hot dogs forces best practices too, but its demands on your skills, on your pursuit of excellent are far less complicated than a feature film mix, with a set of split tracks, specific loudness compliance and story-telling with sound. 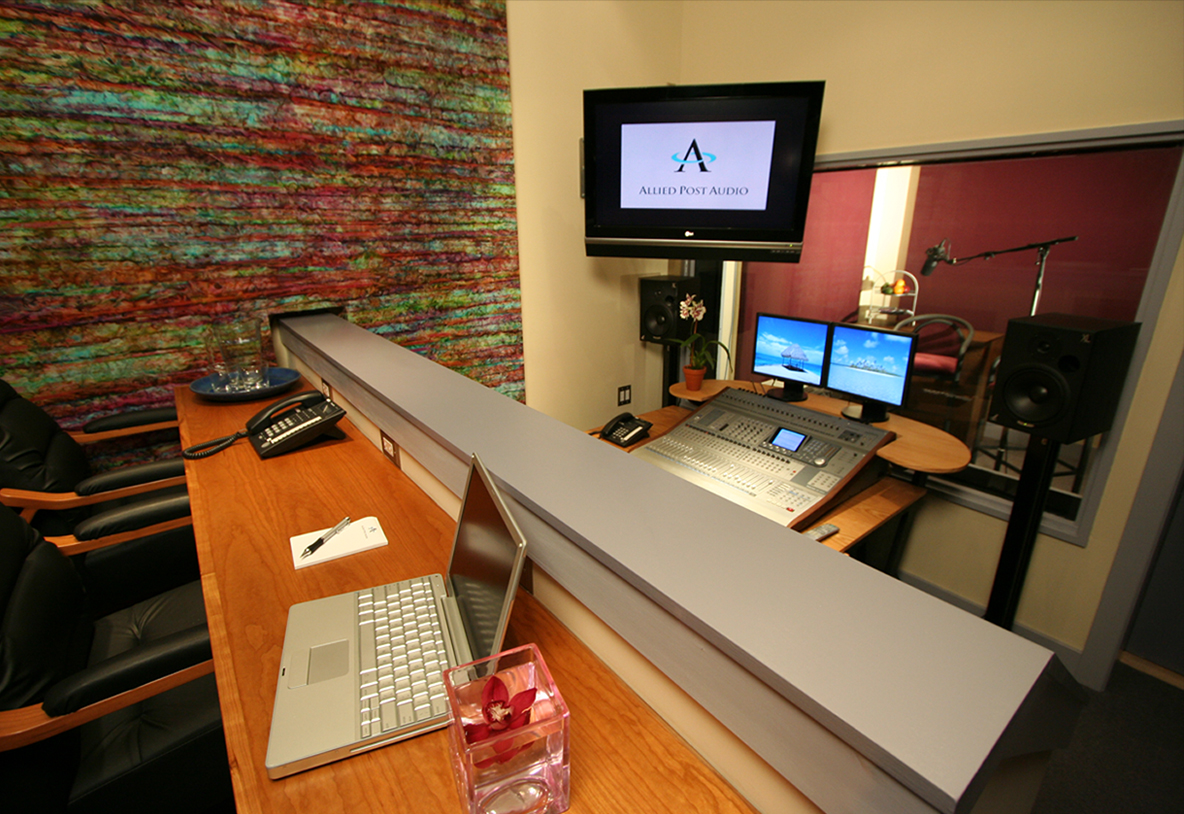 When clients bring me their projects, it’s been a long process with many hands, many hours and many dollars. It could be a TV commercial, it could be an audio book, it could be a feature film, it could be a late night infomercial. No matter the project, no matter the inherent “value” of the work – it is someone’s hard fought vision and you’ve been tasked to make the audio the best that it can be. Honor the commitment you’ve made when chosen to do the work.

I once had an intern who flipped magazines and checked his texts as we worked through a show. I was deep in the mix and could not stop for a few minutes until I figured out the best approach to solve the client’s note. Once I made the change to the satisfaction of all concerned, I told the intern to come out to the lobby with me for a moment. I told the client I’d be right back and on the way out the intern grabbed a chocolate from the client’s review table where we kept some snacks. I put him at a desk in the front and finished the session by myself with my client.

When the session was complete and the clients were gone, I read the guy the riot act. He was disrespecting the hard work of the client. It was not his place to be bored or uninterested in their work. It was his job to be engaged, supportive and positive. These folks paid me hundreds of dollar per hour to do the work and his actions said loud and clear to them – I’m not interested in what you’ve created. This is an insult and not to be tolerated. Even if it’s, in your mind, an inconsequential work that will never see the light of day – you’ve been chosen to help them tell the story. Do your best, be constructive and make the work shine. At the end of the day it’s all going to be only three combinations of elements – dialog, music and effects. Do your best work so that you will be around to work another day.