The 80A filter eats up more than twice the light of an 85. What gives? 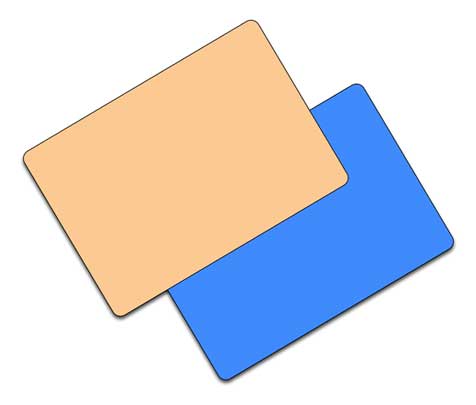 I never thought I’d worry about when to use an 80A filter. Designed to allow daylight film use under tungsten light, it eats up an incredible amount of light. Why would I ever do such a thing?

I wouldn’t… in film. Digital, however… if you shoot with a RED under tungsten light, the 80-series is a filter family you need to know intimately.

I’ve written before about how all silicon sensors are natively balanced for daylight. This means that some cameras (such as the RED) do better when used with a blue filter under tungsten light. While that filter doesn’t have to be as heavy as an 80A, it does help to know why the blue filters cut out so much light compared to the orange filters.

Here’s what happens with an 85: 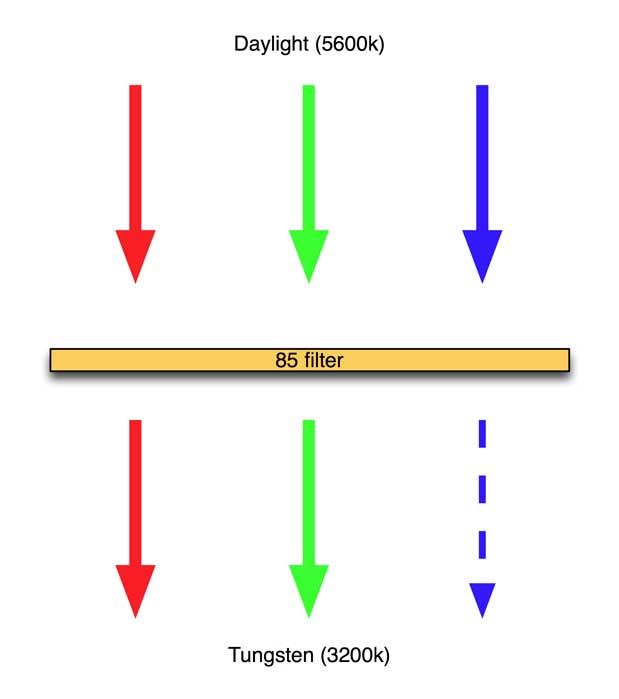 Filters can only absorb color, they can’t add it. In the case of the 85 filter, the goal is to warm up daylight so that it looks correct on a tungsten-balanced film stock. In order to do that blue must be absorbed, which is why the filter is reddish-orange. Filters pass their color and block others, so in the case of the 85 warm wavelengths pass through easily, while most of the blue is absorbed. Not all the blue is absorbed, though, otherwise this filter would be bright, bright orange–and so would your image. 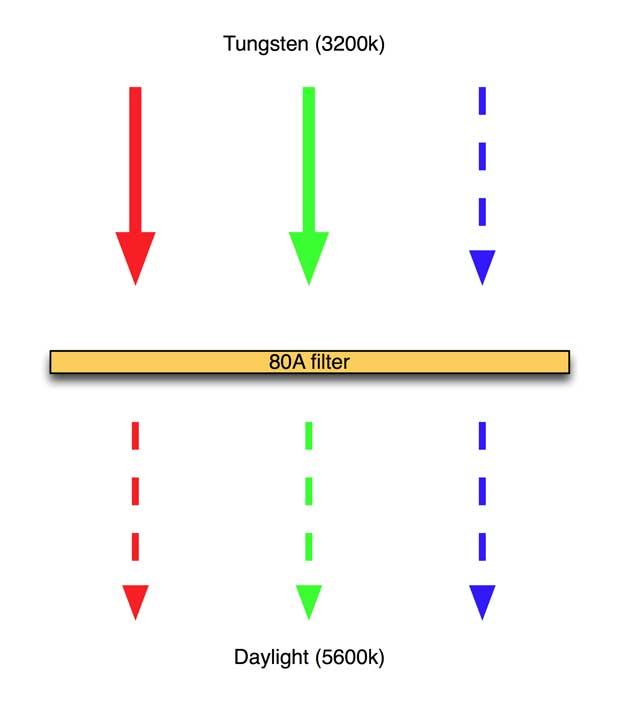 Remember that we’re starting off with tungsten light, which has very little blue in it, so all the filter can do is pass all the blue it can (not very much) and then knock the other colors down to create a balanced 5600k daylight color temperature.

The 80A is removing two stops worth of red, orange and green spectrum in order to match the tiny amount of blue in tungsten light–and once they’re balanced through the filter you’re bringing them all up to a proper exposure by opening the T-stop. The blue value never changes, because the blue 80A filter passes blue light unhindered.

This is something I’ve illustrated in this article.

Art Adams is a DP who opens up when he feels blue. His web site is at www.artadams.net.