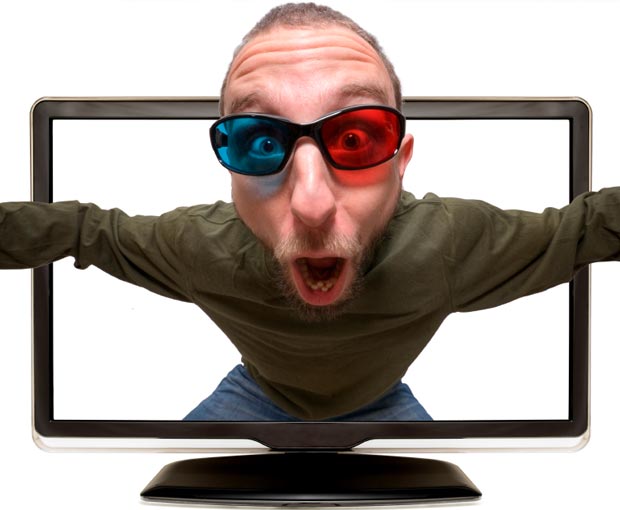 While a large portion of both the media creation and consumption industries gear up to produce and support 3D films and video, others are digging in their heels and asking about the fit and fabric of the emperor’s clothes. Much loved sound designer and film editor Walter Murch – as well as film curmudgeon critic Roger Ebert – are two of those questioners. This blog post by Ebert reprints a detailed letter from Murch about the inherent technical issues of stereoscopic films that detract from the esthetic appreciation of them as well. It’s quite meaty – I suggest you go read it all – but the central issue Murch brings up is what he refers to as the ‘convergence/focus’ issue: “3D films require us to focus at one distance and converge at another. And 600 million years of evolution has never presented this problem before.”

At this point, some of you probably think Murch, Ebert (and for that matter, myself) were also against horseless carriages, talkies, color, and stereo sound. For what it’s worth, I happen to like all of those. But just as quadraphonic sound was a bridge too far – among other reasons, homo sapiens are programmed to fear loud sounds coming from behind them – I too wonder about the staying power of stereoscopic films and video as a medium. Like quad, part of the problem is too many are using it for special effect than to actually serve the story: little light things blinking around me in Avatar was a very nice atmospheric, but the all-too-common weapons coming at me tend to take me out of the film rather than draw me into it.

One thing I am sure of: it’s too early to be sure. But in the meantime, it’s nice to hear reasoned explanations from experts (including our readers), rather than arguments based mostly on emotions and the waving of dollar signs.

Requisite (but quite useless) FTC disclosure: My wife and partner Trish animated the titles for two films Walter Murch edited (Cold Mountain and Talented Mr. Ripley). And I animated the Simptopia promo that Siskel & Ebert gave two thumbs up at a Promax/BDA convention. Otherwise, we have no skin in this game; just sharing some thoughts.