When used as a synonym for 1080p, “Full HD” is belittling and grossly inappropriate. Learn why.

The term “Full HD” obviously means “complete HD”, which is confusing, inappropriate, and damaging for the video production community when used as a haughty nickname for 1920x1080p, since it attempts to insinuate that 1080p is always superior to 720p, and that any other HD (like 720p) is therefore “incomplete HD”. That is far from the truth, as I explain ahead, together with thin raster and why 1080/50p and 1080/59.94p are so limited for final distribution. 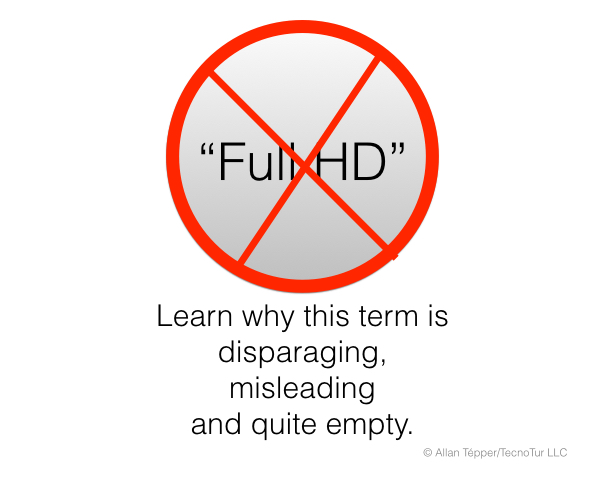 The term “Full HD” obviously means “complete HD”, which is confusing, inappropriate, and damaging for the video production community when used as a haughty nickname for 1920x1080p, since it attempts to insinuate that 1080p is always superior to 720p, and that any other HD (like 720p) is therefore “incomplete HD”. That is far from the truth, as I explain ahead, together with thin raster and why 1080/50p and 1080/59.94p are so limited for final distribution.

The reality of 1080HD versus 720HD for general broadcast

When I say general broadcast in this section of the article, I am talking about OTA (over-the-air) HD television, and what’s currently possible with most mobile devices (i.e. mobile phones, phablets, and tablets) that are currently in the hands of most viewers.

The reality is that when creating the current high definition (HD) over the air systems, both 720HD and 1080HD were included in order to emphasize each one’s unique virtues, taking into account the general shortage of bandwidth. The 1080HD system favors spatial resolution (more pixels), while the 720p system favors temporal resolution (more frames per second). That’s why many sports channels —which have plenty of movement in their content— have favored the 720p system, while those channels that mainly broadcast movies, whose temporal resolution has traditionally been 24 frames per second (but are often conformed to either 23.976 or 25 according to the region) have preferred 1080. Completely apart from favoring one type of resolution over the other, there’s another important reason why many news channels chose 720p over 1080: In many cases, by using 720p, they can continue to use their original microwave transmission systems, without having to purchase new ones for HD. 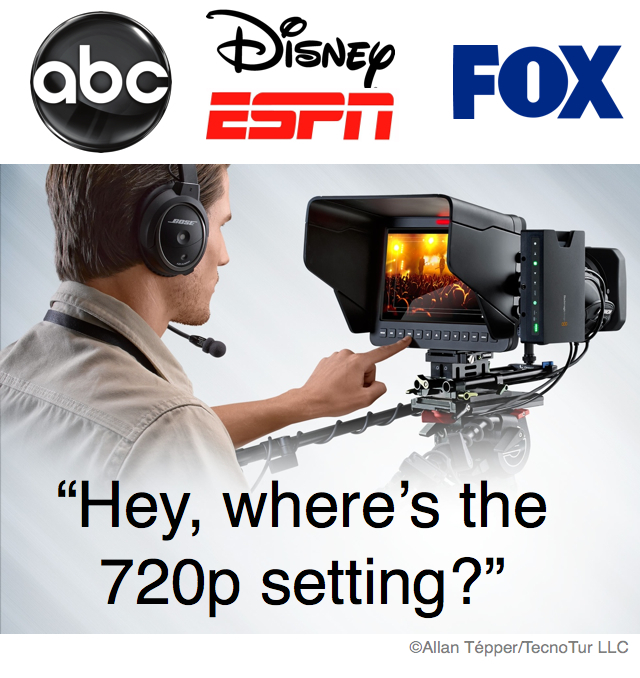 As I indicated in a recent article (highlighted above), currently there are at least 39 networks in the United States that chose —and to my knowledge continue to use— the 720p system. They probably did it for one of the mentioned reasons. Those individuals who erroneously believed that the 720p system was “older” or “inferior” no longer have any excuse. Each system has its respective virtues and weaknesses.

The final perceived sharpness encompasses many factors that go beyond spatial or temporal resolution. Other often forgotten factors include the optical quality of the lens and the contrast range, to which both the lighting and the digital signal processor (DSP) of a modern camera contribute.

What is thin raster, and how does it fit in this article?

Thin raster is a term that I suspect was created by someone who works for Avid, although I have no proof to back it up. It’s just that Avid was the first company I ever saw to use it. Thin raster is what I would call a euphemism for códecs and recording formats that don’t include all of the original pixels called for by the associated HD standard, which —of course— are 1920×1080 and 1280×720 respectively. These thin raster códecs/recording formats are incomplete and can record in resolutions like 1280×1920, 1440×1080, and 960×720, for later playback to the associated full raster targets. I have gone into great detail about this in prior articles, so enough said for now. The ironic thing is that I would like the term “Full HD” if it were used to describe full raster versus thin raster, but I have never heard or seen “Full HD” used in that context. I’ve only seen “Full HD” to make fun of 720p unjustifiably.

First of all, 30 and 60 have not been standard framerates (or field rates) since before television became colorized in the United States. So almost all of the time, when you hear 30 and 60, they are really 29.97 and 59.94. 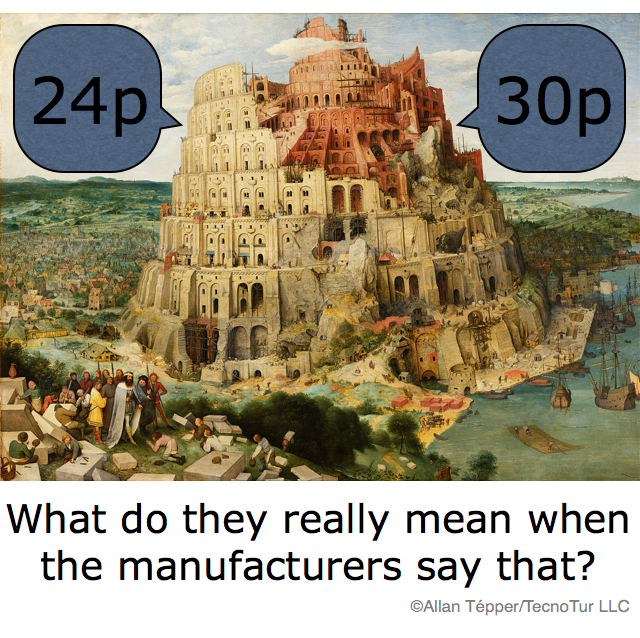