If I hadn’t seen it myself, I wouldn’t have believed it. I still don’t quite believe it. I just saw an on-camera HD wireless transmitter perform spectacularly, with almost no latency and no breakup at 50′.

John Chater, co-owner and founder of Chater Camera, told me that the image he sees transmitted from a distant RED camera to the Panasonic 17″ monitor we are viewing is “nearly perfect compared to a wired connection.” I can’t see any difference at all, so I ask him what the difference is. “There is very little difference,” he says. “I just say it’s ‘nearly perfect’ because I don’t quite believe it.”

I visited John’s establishment today to go through some gear for an upcoming shoot and to help a friend do some tests in advance of building a three-camera RED 180-degree “Circlevision”-style rig. The last thing I expected was for John to pull open a drawer, hold up a piece of equipment and say “This is going to blow your mind. And I got one from the very first limited batch shipment.” I glanced into his eyes and saw a look I shall never forget: a combination of a child’s wide-eyed enthusiasm on Christmas morning and pure, unadulterated evil.

Well, not really evil, but you could tell he was overly happy to have the first one. He placed an order long before NAB, as soon as the press release went out. The salespeople didn’t even know what it was when he called in the order. And now here it is. 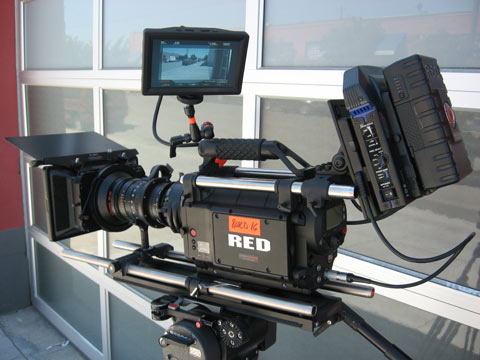 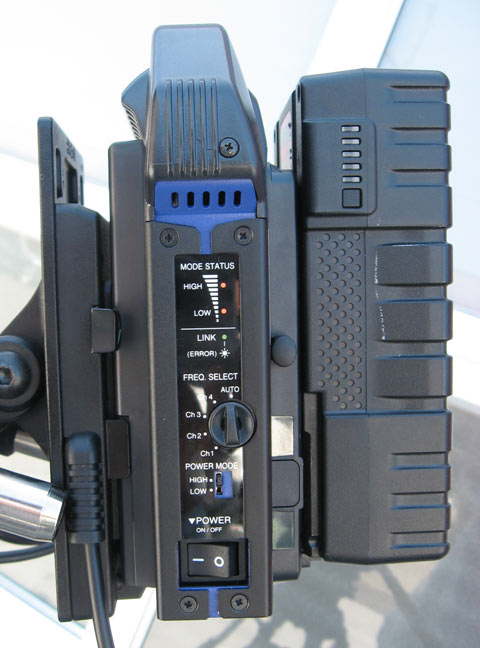 (above) A closer view. And… 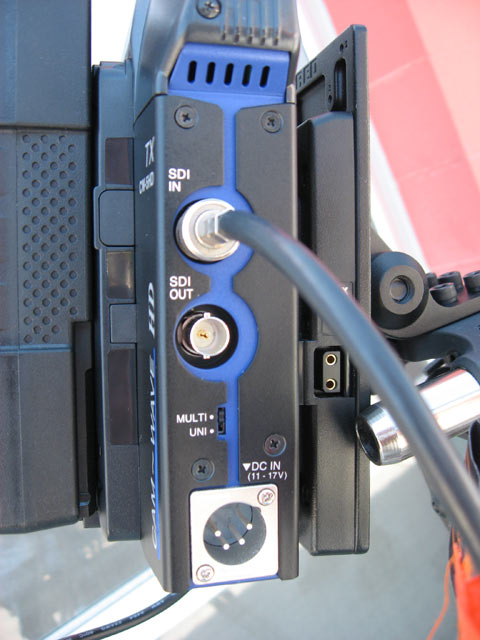 (above) The flip side.

If you want all the specs and details, click here. The short version: it mounts like a V-mount battery, draws a fraction of the power necessary to run the RED, is small, compact, light weight, easy to use, easy to power, and transmits a very pretty picture.

This is where John took the RED: 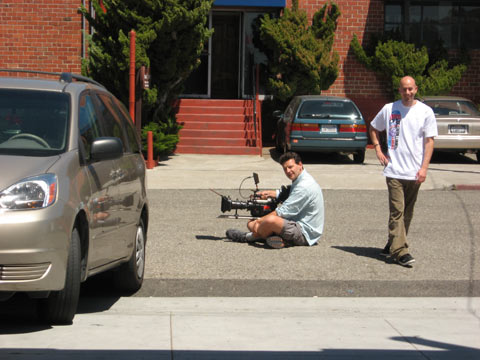 (That’s John holding the camera, with prep tech Mecky ready to save it in the event of a hit-and-run.) At this point the camera was outside the rental facility while the receiver was inside, about 50′ away. Here’s the image we saw: 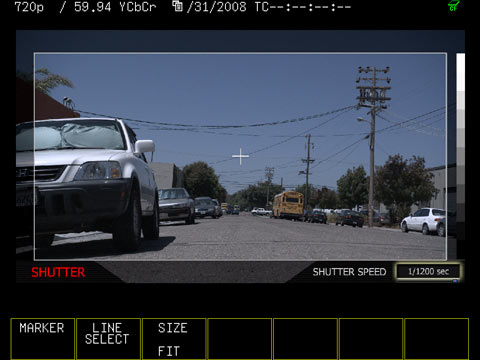 It was extremely clean and nearly indistinguishable from a wired feed. (Any defect you see in this image is due to capturing it at low resolution off a Leader 5750 waveform/vectorscope.) We didn’t run into problems until Mecky took the camera farther across the street: 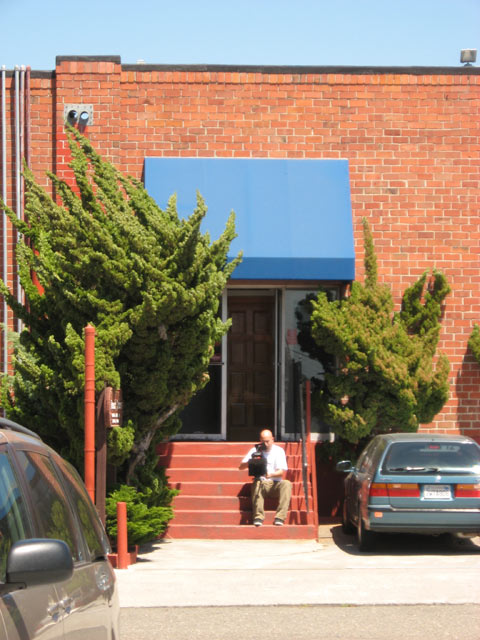 At this distance, approximately 120′ from the receiver, we started seeing some hits, although the picture was still viewable and looked a lot like the kind of images we’re used to seeing from previous generation video transmitters in a best-case scenario. When Mecky took the transmitter down the street, placing a brick wall and a vehicle or two between the transmitter and receiver, the image fell apart into small blocks until it was completely lost. There was no occasional reacquisition of the signal; once the signal was gone it stayed gone until it became strong enough to read reasonably well. This unit doesn’t tease. There’s either a picture or there’s not.

John was quick to point out that we’d probably get better results if the transmitter was inside with us or if we were outside with it.

It looks like we now have a wireless option for mounting RED cameras on Steadicams without having to watch a nasty, broken down-converted standard-def signal. Apparently there are many possible configurations, including broadcasting one signal to many different receivers.

If you need it tomorrow, or before anyone else has one, call John, Jay or Erin at Chater Camera. If they say it’s in use, request that John get out of the street and knock off the gleeful cackling.

Frame & Reference is a conversation between Cinematographers hosted by Kenny McMillan of OWL BOT. Each episode dives into...