This video tutorial takes an old project, originally created in After Effects CS3, and explains all of the stages involved to create the final result.  It doesn’t just explain HOW to do it, but it explains WHY everything has been done the way it is.

Although there are dedicated 3rd party plugins that can make flag animations easier or more realistic, this tutorial looks at an existing project from a real-life situation where time was tight and 3rd party plugins weren’t an option.

I alluded to this project in my ‘leftover plugins’ series, which examined the plugins ‘wave world’ and ‘cc glass’.  The key to this project – and the bit that makes it interesting – is the way the end result looks like a 3D animation but is created using standard After Effects plugins.  In order to get more realistic and natural ripples, the wave world plugin is used to generate a height map.  This is then used with the CC Glass plugin to create an animated texture displacement with height and shadows.  In the other series I accidentally said I used the caustics plugin, but that was a slip of the tounge – it’s cc glass.  You could definitely use the caustics plugin if you wanted to, but the additional features it offers (such as a sky and caustic refractions) will make the flag look much more watery than fabric. 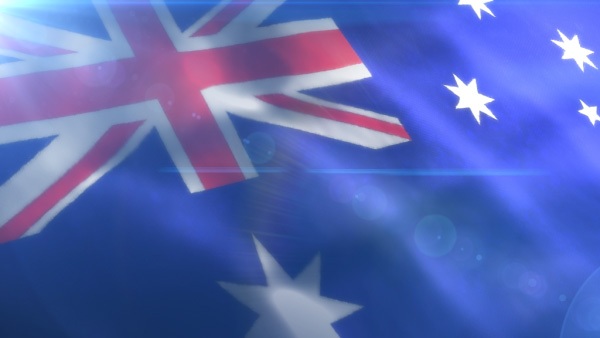 This project was created many years ago and the use of CC glass was a way of obtaining a distinctive 3D effect using the plugins that came with After Effects.  When Adobe released After Effects CS5 several years later, they bundled the “Freeform” plugin which was made by Forge (now Mettle).  If you have After Effects CS5 you can use the same techniques demonstrated in this tutorial but substitute the Freefrom plugin for CC Glass.  This will give you a true 3D displacement with even more animation options.  Unfortunately Freeform is no longer bundled with After Effects, so if you want to experiment with it you’ll have to either use an older copy of CS5, or try the demo from Mettle.

The original project was enhanced with lens flares, created using Knoll Light Factory (because Optical Flares hadn’t been released yet…)  The lens flares added depth as well as interest and made the flag animation even more dynamic.  Because I wanted this presention to look at plugins that come bundled with After Effects (and because I don’t actually own Knoll Light Factory myself) I deleted the lens flare layer from the project and I don’t mention it in the video.  However if you’re interested in following along with the techniques in the video, then consider using lens flares to make the animation look even better.

Return to After Effects Anecdotes for more video tutorials by Chris Zwar.