I was having a discussion with some students recently about hard drive speeds and why it’s important to have a fast drive for editing. All the discussion of data rates and different types of connections can only go so far as students new to editing need to see that speed in action. The Blackmagic Disk Speed Test (Mac App Store link) is a good way to visualize drive speed but we didn’t have that handy so here’s those big speedometers scaling from USB up to a very fast Thunderbolt connection.

The last thing you want when editing video is to be bottlenecked by show hard drive speeds. Unfortunately we did see some of that in action as trying to use USB drives for editing were causing some problems. We discussed data rates and connectors and everything else but one thing we didn’t have was the Blackmagic Disk Speed Test to help visualize that speed with its big write and read speedometers. I told them to watch this space as seeing those speeds and how much faster a good media drive is can help understand why you want and need a fast drive for editing.

For those new to editing, don't worry so much about what all these numbers mean just know the faster the better. To help understand all these video data rates that are so often talked about this article from Larry Jordan will help. Give that excellent resource a read and then compare that to the speedometers below. 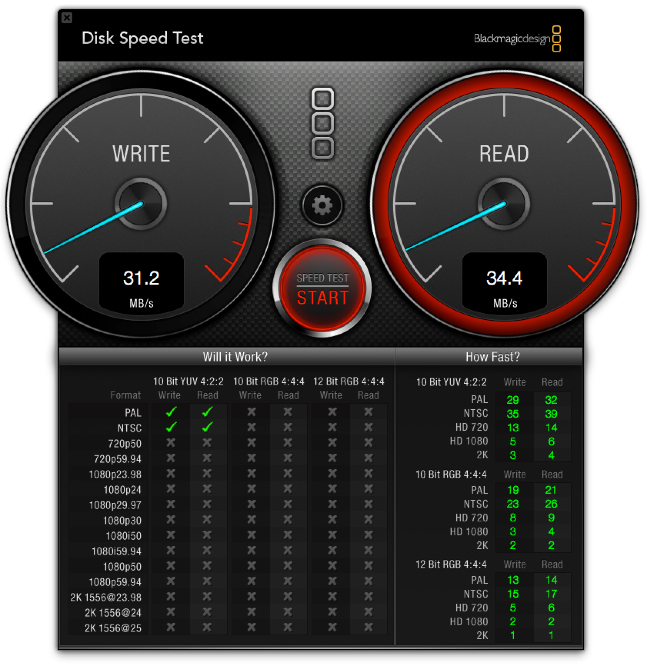 USB is slow and should really be a last resort for video editing. 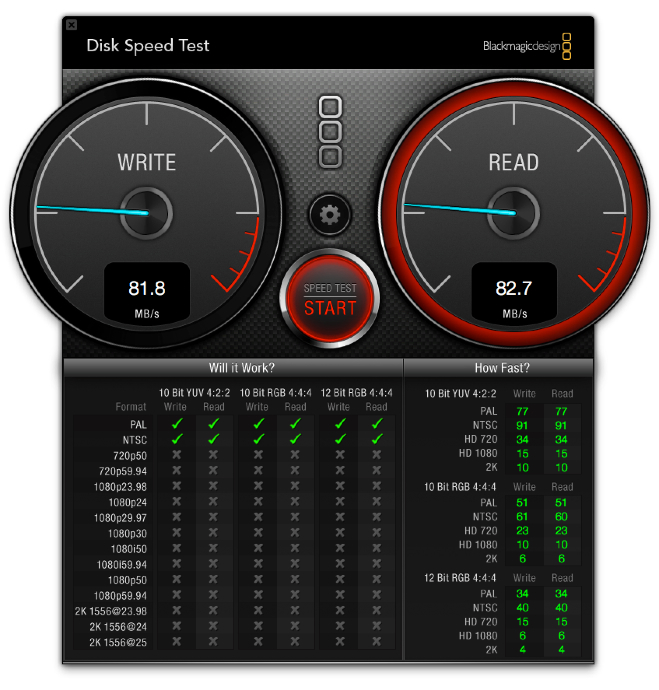 Firewire 800 is faster than USB and many editors (somehow) make do with Firewire drives but if you can get more speed then go for it. 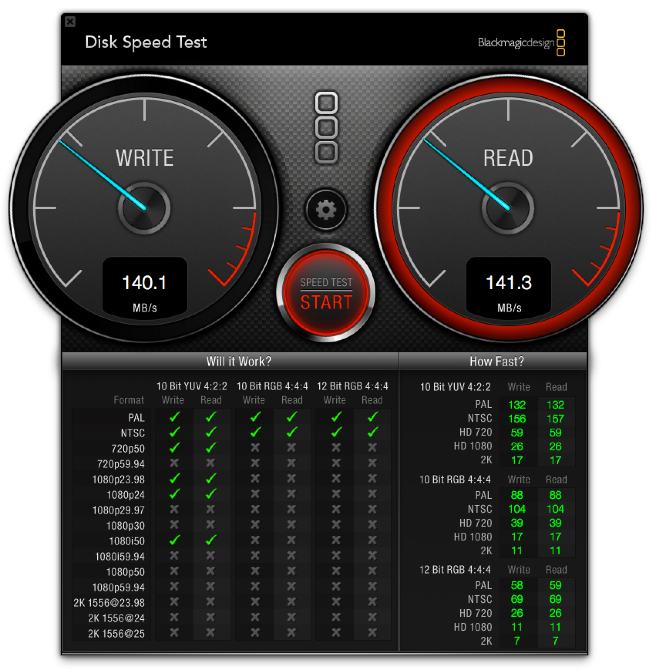 A cheap internal eSATA card in a MacPro can get a bump in speed over Firewire 800 but unfortunately some drive vendors are removing eSata from their drives. That's right G-Tech we're talking about you.

Internal RAID in a MacPro 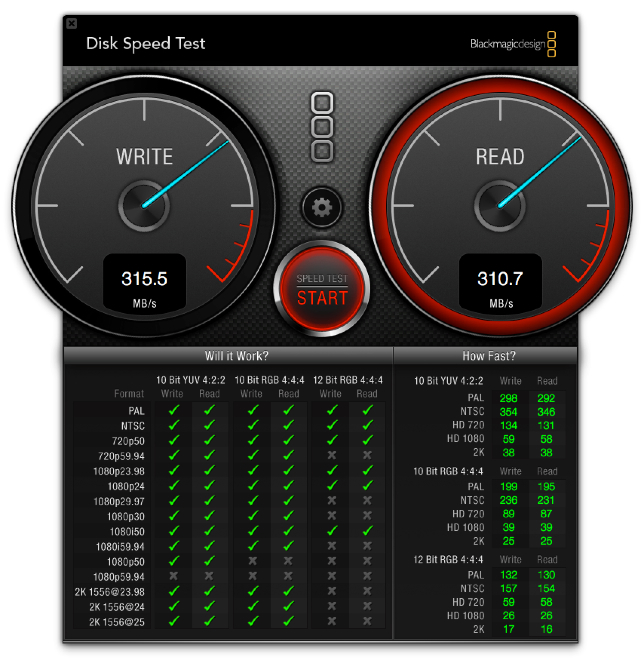 This is two internal drives in my MacPro striped into a two-drive RAID with the Mac OS. It's not redundant but it does provide decent speed.

The next real step up in speed comes from a heavy duty RAID often connected via an internal card in a MacPro like a Cal-Digit HDElement. But it’s Thunderbolt that provides speed and simplicity as Thunderbolt is the connection of the future for the Macintosh. The Promise Pegasus line seems to be the Thunderbolt RAID of choice. I had one in the Editblog labs for testing and they are fast.

Here’s some Thunderbolt connections (thanks to friends on Twitter) visualized with the Blackmagic Disk Speed Test.

As you can see, those RAID drives are fast so that means no worrying about dropped frames or running out of storage (for the most part). If you run in a RAID 5 or RAID 6 configuration you can have a drive fail and not lose all your data either. There's a lot to know about all this technical RAID stuff but at its simplest level the faster the hard drive the better. There are bottlenecks like connection speed as well as the physical type of drive you're using but for those just learning about this video editing stuff seeing these speedometers above might help understand the incredible difference in speed between that Firewire connection and a fast RAID.