If you are a Final Cut Pro editor, unless you’ve been living in a cave up in the hills, you have heard all the hype about FCPX, the next generation of Final Cut Pro.

I’m intentionally not calling the product Final Cut Pro ver 10, because it isn’t a next version of Final Cut at all. It is a completely new application. They could have called it Norman or Wolf or Orange, because it is a brand new editing app called FCPX. When it ships it will be version 1.0 of FCPX, and with it will come all the bumps, hiccups, work-arounds and compatibility issues that every 1.0 software release encounters.

his is not to knock Apple or FCPX. I raved about the FCPX Sneak Peak in our NAB report. And, like millions of you, I will buy and download it from the App store as soon as it is released. But, I do not have any illusions or false hopes about what to expect. It’s going to be a fantastic new tool to play with but I would NEVER expect it to replace Final Cut Pro right out of the gate. I do not expect it to work with my capture hardware, my plug-ins or even my existing projects. Apple’s silence says it all for me. Apple won’t say they’ll work so why should anyone think otherwise. That is simply an unreasonable assumption. As great as Apple is, and as brilliant as their engineers are, you simply can’t expect it to be able to replace or even improve your existing video editing workflows on day one. I’d love to download FCPX and to have my MXO2 Mini, and my Boris and Red Giant plug-ins work, but my gut tells me different – IT’S NOT GOING TO HAPPEN!

So what is a poor FCP editor to do? We suggest you follow these 4 easy steps: 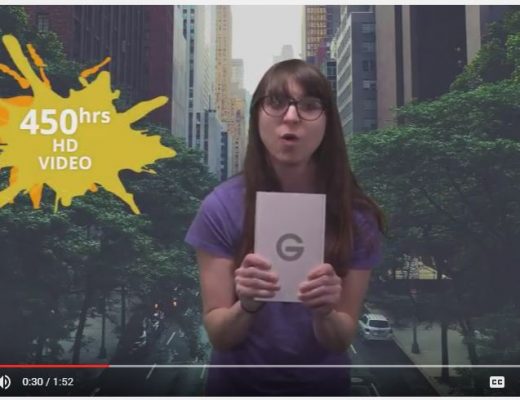 Looking for affordable desktop storage for storage-intensive multimedia files? In our video below we show you just how much...

Check out our webinar from the Virtual Studio at Videoguys.com powered by the amazing and mighty Newtek TriCaster Mini!...