We've been getting a ton of calls and emails form folks asking when we would post a DIY Ivy Bridge Guide. This blog post is not that, but it is what Videoguys would recommend as of today. Before we get into the build, let's talk about why we don't have our DIY 10 Ivy Bridge Guide published yet.

I was hoping to see some from Asus later this spring. I'm a big fan of Thunderbolt, especially for video editors. It's the fastest pipe possible for data, and it gives you two dedicated channels, the sustained data rates are more than double USB3, for each channel. This year I'm expecting to see the premium for Thunderbolt devices drop significantly. Down the road I hope to see new kinds of Thunderbolt devices become available that go beyond storage and I/O, that will actually accelerate your video workflows.

The Asus P877-V Deluxe motherboard we've selected for this build is an enthusiast level motherboard, and I feel it provides the level of features, performance and stability that video editors demand. It doesn't have integrated Thunderbolt, but it does support an as of now unreleased Thunderbolt add-on card.  What it does offer is 4 RAM slots, on board SATA 6 RAID support, eSATA, USB3, and the full gamut of ASUS Enthusiast level optimization and performance boosting utilities.

For the money I think this is an excellent build. It will run Adobe Premiere Pro & After Effects CS6, Avid Media Composer & Symphony, Grass Valley Edius Pro and Sony Vegas Pro.
You will be able to edit AVCHD, GoPro and DSLR footage pretty well. If you get into complex timelines with multiple layers, filters, color grading and VFX, you're going to want to bump up to 32GB of RAM, and a GTX 670 GPU.

For more info on this build, read the full post on Videoguys Blog

Our Director of Advertsing needed a new computer. He'd been running our DIY8 machine and it was starting to get cranky on him. We decided that since he uses Adobe CS6 to create our advertisements, email blasts and update our website, that a DIY9 based build would be perfect for him.

WOW! Were we right! Thanks to the SSD boot drive, hex core i7 and a whopping 32GB of RAM he is flying! It is running Adobe Premiere Pro, Avid Media Composer, Sony Vegas and Grass Valley Edius great! It can handle even the most demanding HD workflows and complex multi-camera timelines.

We tried to bring in the workstation as close to $2K as we could. We went a little bit over, but we feel for the performance we achieved it is worth every penny. Our build does not include any media storage, you'll need to add this as well. For around $200 you can add a pair of 2TB 7200RPM drives, striped together as a 4TB RAID 0 for an excellent internal storage solution, or go with one of our G-Tech external solutions such as a G-Speed Q for RAID 5 redundancy.

Check out our DIY 9.5 Guide for more info on this build 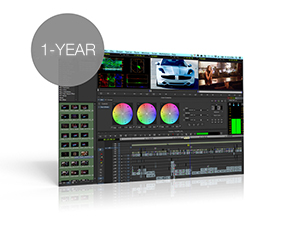 It's been a very busy year for us. We've seen a ton of new products introduced and we've picked... 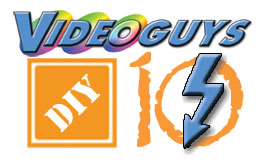 For the past 10 years we have been publishing our Videoguys’ DIY articles as a service to our customers... 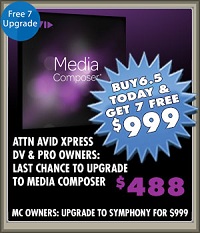 Did you ever edit with Avid Xpress DV or Avid Xpress Pro? Perhaps you moved on to Final Cut...

The Videoguys realize that subscribing annually to your software is a new concept for many of our customers. Our...