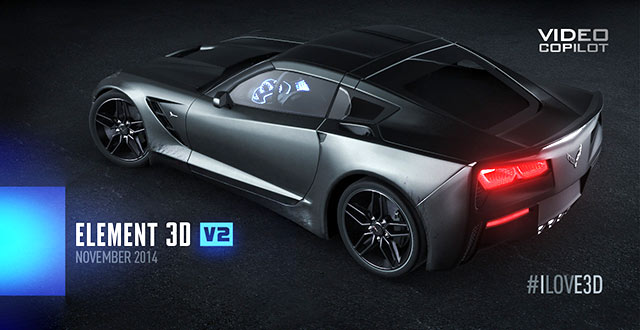 The new version is compatible with AE CS5 and above. It has a faster, reworked Open CL render engine, basic primitives, enhanced previews, better selections and a grouping gizmo, real-time physical-based shaders, subsurface scattering, fast-rendering fake reflections, shadows, better render accuracy, and much more. Like a “Mystery Feature in the Group section” (displacement and/or blending modes).

Andrew says that he'll follow up with additional details. Also, some new image formats like EXR and HDR are planned as a free 2.1 feature; pricing info should be available soon.

E3D v2 is Compatible with AE CS5 +above.

Dorian Heller of AE Seattle has some additional observations.

What graphics card do I need for the GPU Accelerated Ray Trace Shadows and Ambient Occlusion?

Both Nvidia and AMD (ATI) Graphics cards that supports OpenCL will allow you to use the Ray Traced features in Element 3D V2. Most cards from the last 4 years support OpenCL and you can take a look at this page for more information.

Of course, the Ray Trace features are not required to use Element 3D since you can always use Shadow Maps and Screen-Space Ambient Occlusion for most cases. Shadow maps will always be faster than Ray-Tracing but when you need that extra accuracy, it’s available! 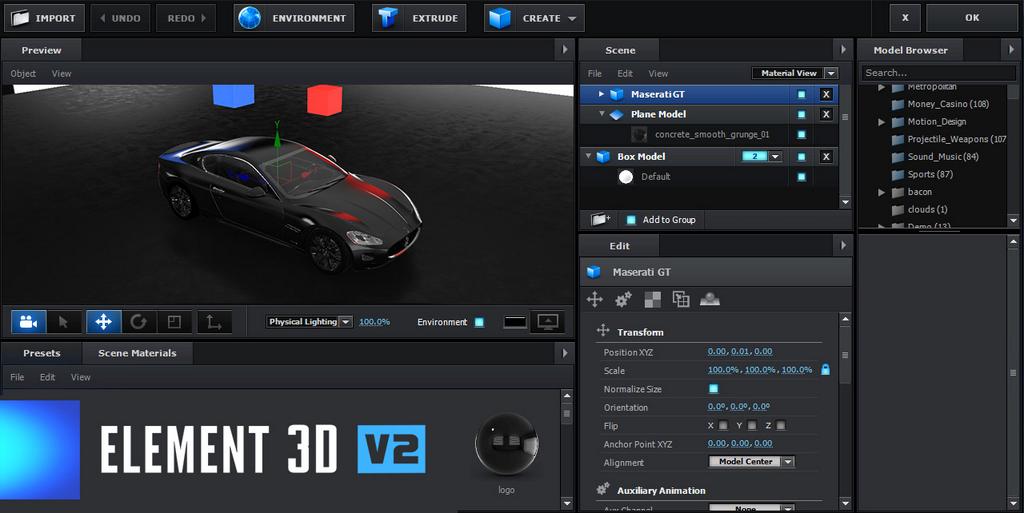