Hasraf (HaZ) Dulull is a well-known visual effects supervisor in the motion picture industry. He began his career in video games and computer-generated sequences before moving into visual effects and compositing for feature films. As a visual effects supervisor and lead compositor, he’s worked on well-known films such as The Dark Knight and Hell Boy II, as well as several commercials and broadcast series for clients such as Discovery and The History Channel. He has also been nominated for several Visual Effects Society (VES) awards.

In 2012, he released his directorial debut short film: Fubar Redux, which screened at several festivals, including Cannes Short Film Corner 2012. His newest short film is Project Kronos, released on Vimeo today, which he’s created entirely on a laptop with the video tools in Adobe Creative Cloud. The sci-fi documentary focuses on an intricate mission to enable interstellar space travel. We had the chance to sit down with him to share his experiences. 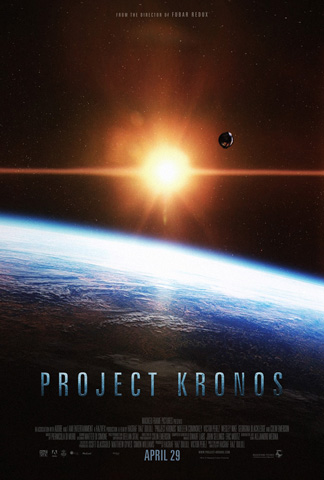 Adobe: Tell us about your first short film, Fubar Redux?
HaZ: I’ve always worked on my own projects on the side, and short films give me the opportunity to do things that I don’t get to do in my usual job. Fubar Redux was my first actual short film with a full story. I didn’t want to work with the usual film set, cameras, actors etc., so I decided to tell the story driven by the visual effects/animation style, without any 3D animation or expensive CGI work. I looked at a style called motion comics and decided to take that further with 2.5D. I took some pictures of my cats and miniature military model toys I collected over the years, and then composited and animated them to created sequences in a compositing environment. It was an action packed film that got some recognition and from there I really got the bug to make short films. With Project Kronos, I wanted to show that I could shoot and tell a story with live action. 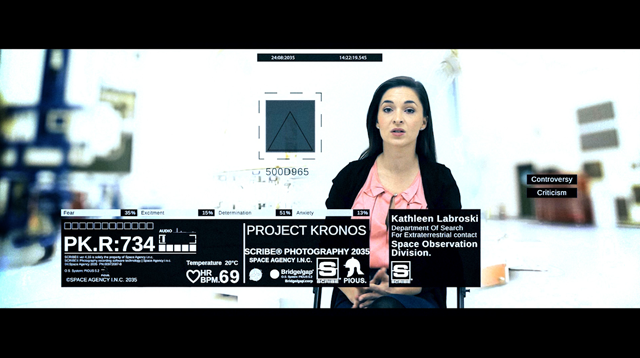 Adobe: After previously working with Nuke, Final Cut Pro, and Avid, why did you switch to Adobe Creative Cloud?
HaZ: I primarily work as a visual effects supervisor on films, so I knew in creating Project Kronos that I would have to work on my own time and work fast. When I saw the integration offered by Adobe Creative Cloud, I could hardly wait to get started. First, I used Adobe Story to write the script. I was working all over Europe and with Adobe Story, I could write the script on the fly on my laptop and just save it in the cloud. It was such a massive bonus. I was able to write a professional looking script fast and easy anytime, anywhere around the world. I could share sessions with others who could add in notes, or have a script consultant review it from anywhere. I also used Adobe Story to store my research, character bios, and planned schedules, and imported anything I needed out as a PDF. 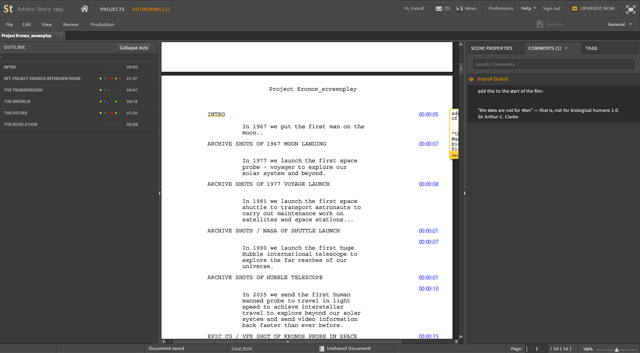 Adobe: Where did your workflow go from there?
HaZ: I’m a very visual person, so from there I started creating animatics, sketching (often on my iPad using Adobe Ideas) and moving them into Adobe Premiere Pro. I cut together a mini-film using the images to get the story flow down. Then I started doing basic compositing in After Effects to find a style and look and get a rough edit before starting to shoot. I captured the footage using a Sony EX1 in AVCHD and ingested it using Adobe Prelude. Adobe Premiere Pro read everything—from MOVs of various codecs to DPX frame sequences—perfectly. I tried this in the past with Final Cut Pro and it didn’t work. It’s genuinely amazing to be able to throw anything onto the Premiere Pro timeline and it just works. 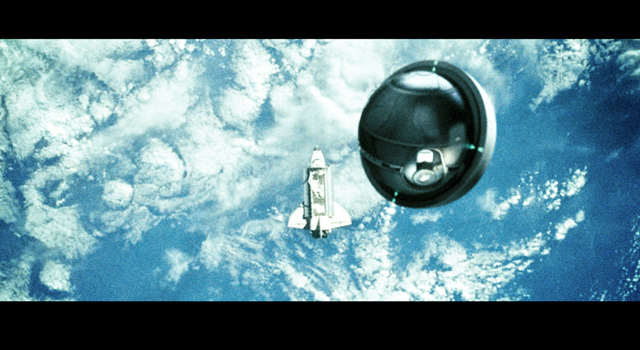 Adobe: What was the ultimate result for you?
HaZ: Everything was so easy and seamless that I could just focus on making the film and staying in the creative flow. I fell in love with the Adobe workflow and with Premiere Pro in particular. The tools are so easy that I even tried Adobe Audition. I’ll admit that I’m not much of a sound person, but I like to put temporary music and sound effects in because it’s almost impossible to describe music and sound effects in words. Using Audition, I was able to give my sound designers and composers a good idea of what I wanted. Then everything starts to get more synergistic: the music helps the editors, the visual effects influence the music, and the music helps inform the choice of visuals. 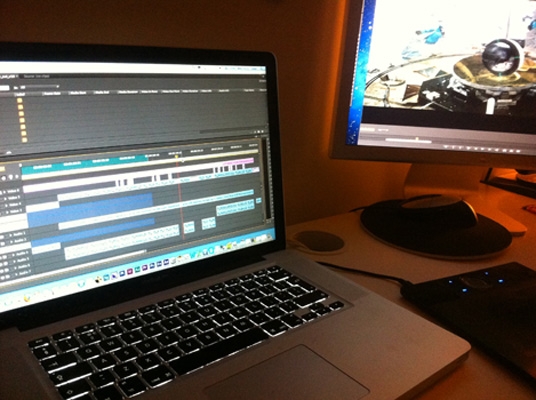 Adobe: What was it like learning the software and using the whole set of Adobe tools in Creative Cloud?
HaZ: The learning curve was virtually nil. I moved among Audition, After Effects, Premiere Pro, and Photoshop, but it never felt like I was jumping from compositing to editing. The whole experience felt like one big environment. What made it even more incredible was that I did it all on my Macbook Pro laptop hooked up with cinema display screen and external raid drive.

Adobe: What did you use for color grading?
HaZ: I had used Baselight in the past but switched to Adobe SpeedGrade for Project Kronos. I usually shoot the film and then do color grading at the end of the process. With SpeedGrade, I applied the look at the beginning and then edited with graded material. It let me see the bigger picture and what the end line looked like.

Adobe: Did Adobe Creative Cloud help with collaboration?
HaZ: People contributing to Project Kronos are located in many different places: audio designers in Italy, other people in the UK, and so on. We can all dump big files onto Creative Cloud and store our main work in progress edits and audio. It’s like having a production hub that lets everyone work on the project from anywhere.

Adobe: What are some of the most useful features in Adobe After Effects? How did they help your workflow?
HaZ: I love the Global Performance Cache in After Effects. I used an external RAID drive for caching and never had to render anything, unless for some reason I needed a QuickTime file. It saved endless hours of time. The tracking is also really impressive, and I’ll admit I’m a motion graphics snob. After Effects has great Warp tracking. I used the 3D camera to move things in the 3D space and the camera blur to create a realistic motion blur and depth of field effects. It made the whole compositing and VFX work so much easier. That’s really important when you’re working on a sci-fi project. 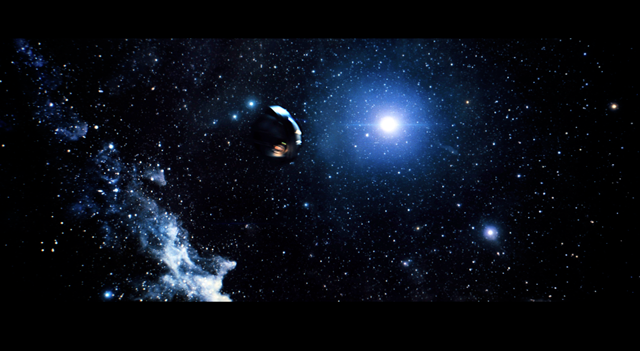 Adobe: What’s next for the film?
HaZ: Scott Glassgold at I AM Entertainment is representing me as a director and the film.  We are planning to show it at some upcoming sci-fi and short film festivals, in addition to today’s Vimeo release. But most importantly we are developing it further into a feature film, and we’re exploring other areas such as TV. I strongly believe in making short films, which lead onto bigger things rather than just make shorts as stand-alone projects. Project Kronos could well be seen as a “proof of concept” for the feature film treatment.  As I develop my film career, I know I will be relying on the Adobe Creative Cloud tools as an integral part of my workflow in developing my productions.