With his latest project, Vashi Nedomansky took a detour from the sci-fi Sharknado thrillers to the real- life struggles of returning service members. Edited in Adobe Premiere Pro CC over 14 months, the feature-length documentary THAT WHICH I LOVE DESTROYS ME from producer/director Ric Roman Waugh culls hundreds of hours of footage from multiple cameras and codecs. The result is a powerful look at PTSD and how two Army Special Operations soldiers struggle to overcome it. The movie will appear on PIVOT TV on Veteran’s Day, November 11, 2014. www.takepart.com/vets

THAT WHICH I LOVE DESTROYS ME 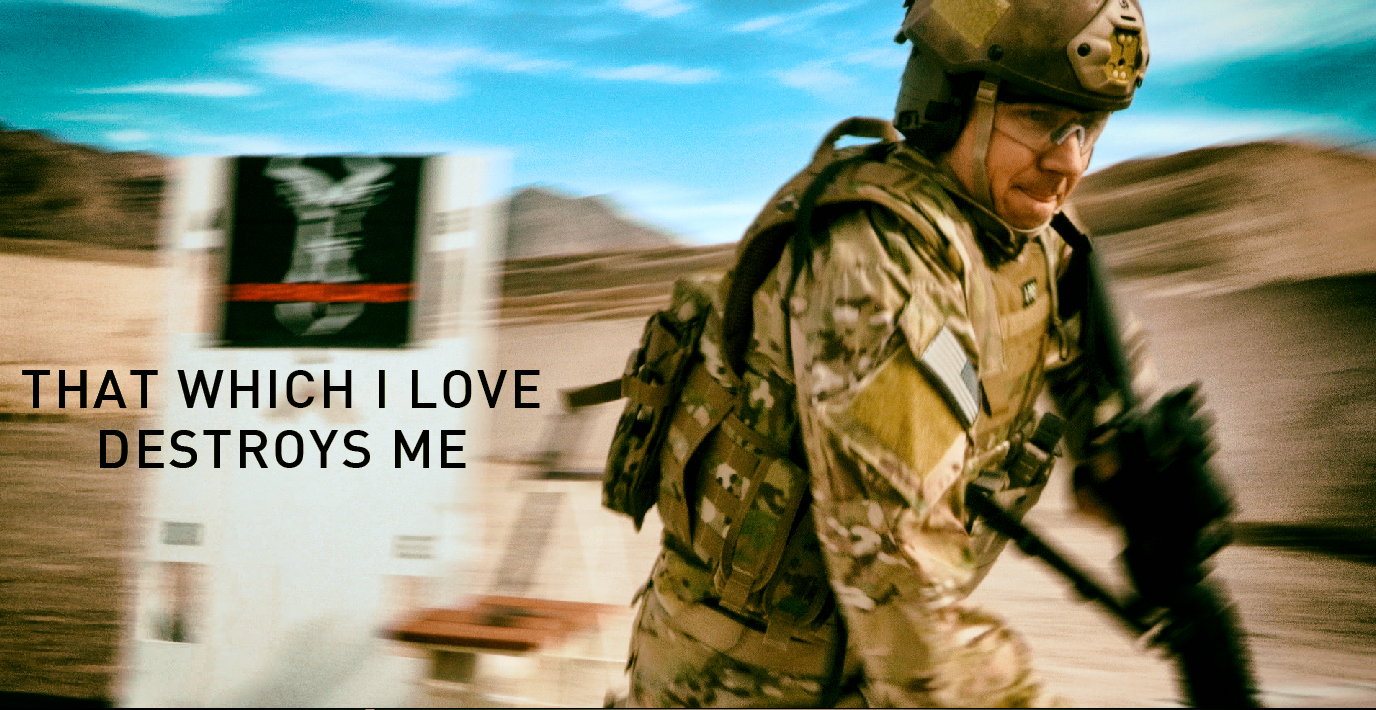 THAT WHICH I LOVE DESTROYS ME is a documentary film focusing on PTSD that I edited for director Ric  Roman Waugh. On October 25th 2014, The Austin Film Festival hosted the first public screening of the film to a standing ovation.

You can find out more here.

On July 10th the film screened at the US Capitol Building in Washington D.C. for all of Congress and a large  group of Wounded Warriors. TWILDM was shot over 5 years and follows two Army Special Operations soldiers who struggle with PTSD as they reintegrate back into society.

The film began post production 3 years ago with editor Jonathan Chibnall using Avid Media Composer. I ported the project over to Adobe Premiere Pro using a simple AAF export as we shot more footage for another year. I then edited for 14 months before locking the cut. Finally, I color graded and exported the Blu-ray and back up h.264 file with the new 8.1 update for delivery to The Austin Film Festival. I also created a DCP straight out of Premiere Pro and will be testing the results at a legendary Hollywood post & color house.

Last year, this DCP export would have cost thousands of dollars…but now it’s a simple click to export. You could literally pay for one month of Creative Cloud (if you don’t use it already) and export any project into the industry standard digital projection format. 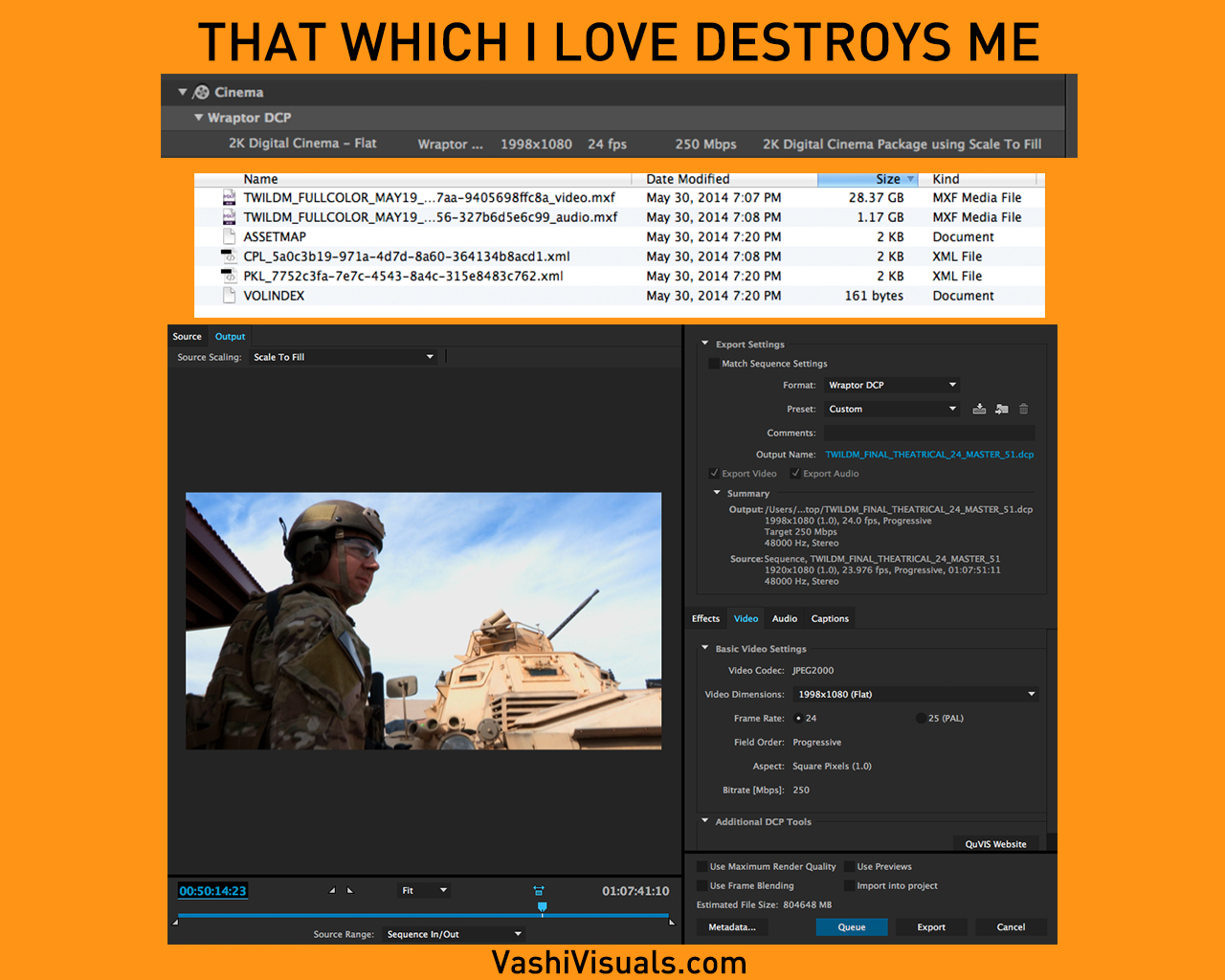 The DCP export from Adobe Premiere Pro and Media Encoder

I spent 14 months editing with director Ric Roman Waugh. We had hundreds of hours of footage from over 9 different camera formats and codecs. All of this was done natively in Premiere Pro with no transcoding. The final locked picture edit was the 46th version of the ever evolving story we strove to tell.

There is no greater feeling for a film editor than to announce that “the film is locked”. The next announcement is “Hand me an adult beverage…I’m going to bed”. Here’s what the final timeline looked like on the day we locked. 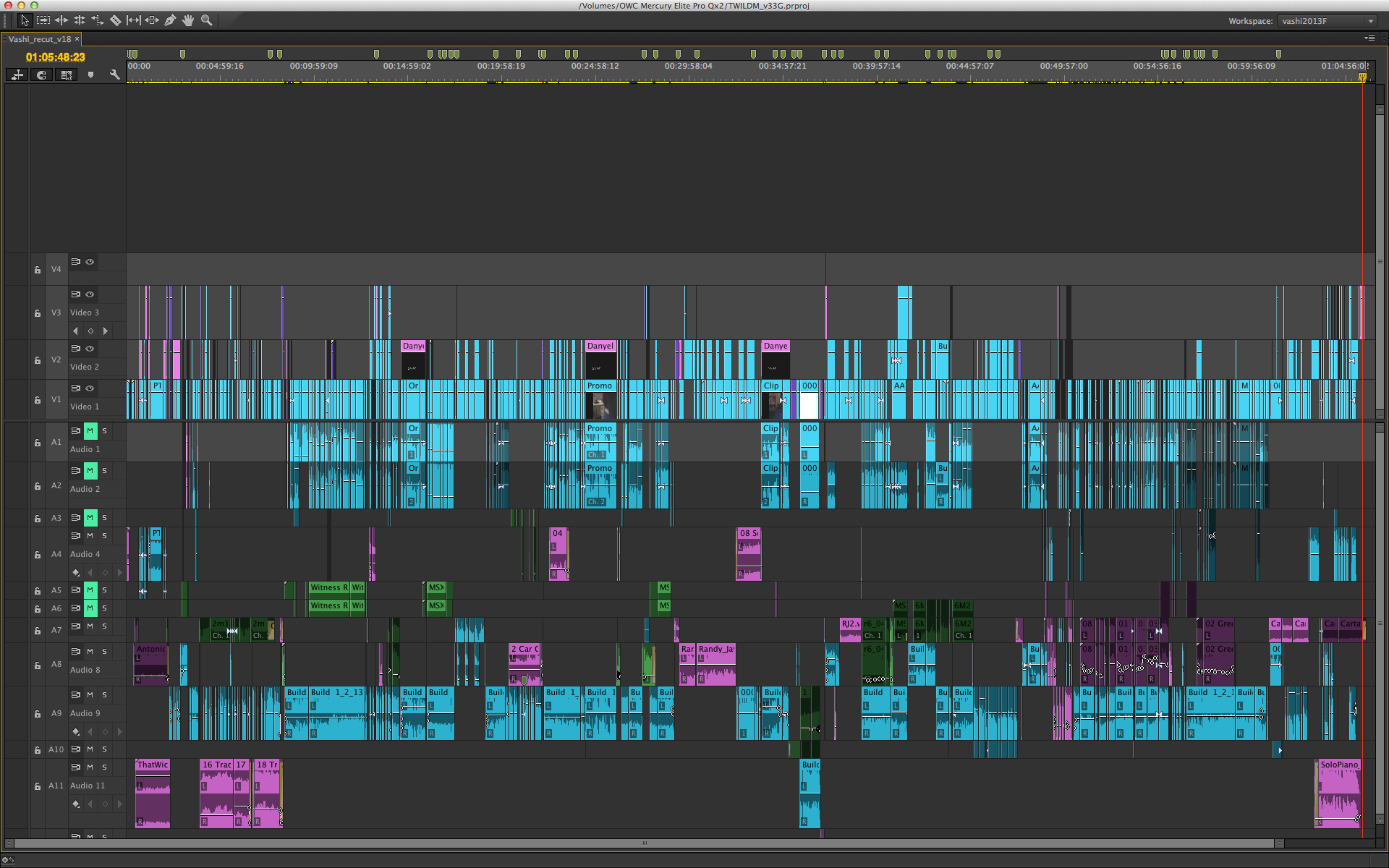 Version 46: The timeline on the day we locked the film

THAT WHICH I LOVE DESTROYS ME will have its TV premiere on November 11th 2014 on PIVOT TV. 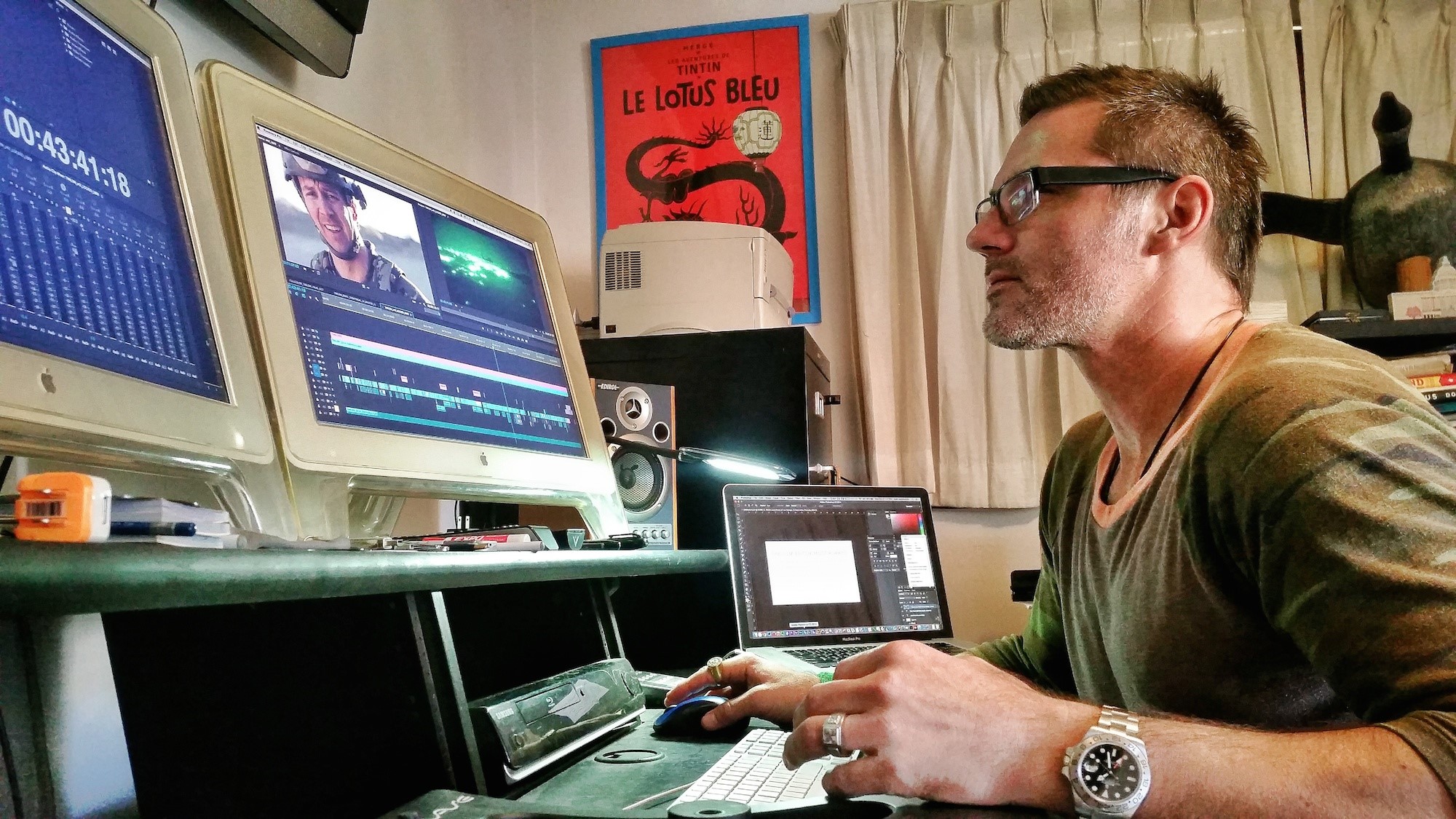 14 months of editing until I locked picture on TWILDM

Watch the interview with Vashi Nedomansky from NAB 2015