Filmmaker Christopher Guerrero—soon to graduate—and Maury Shessel—already on his career path—both attended The University of Southern California (USC) School of Cinematic Arts (SCA). Both video pros have tried various software programs and suites to edit and post-produce projects and they agree: Adobe Creative Cloud with an emphasis on Adobe Premiere Pro CC for editing gives them everything they need to create a box-office hit. They decided to edit Chris’s graduate thesis film, Mike Garcia and The Cruz, using Adobe Premiere Pro CC, and shared their thoughts about their exciting work-in-progress. Norman Hollyn, USC Endowed Chair in Editing and President of the University Film and Video Association, also weighs in on the choices available to students today. 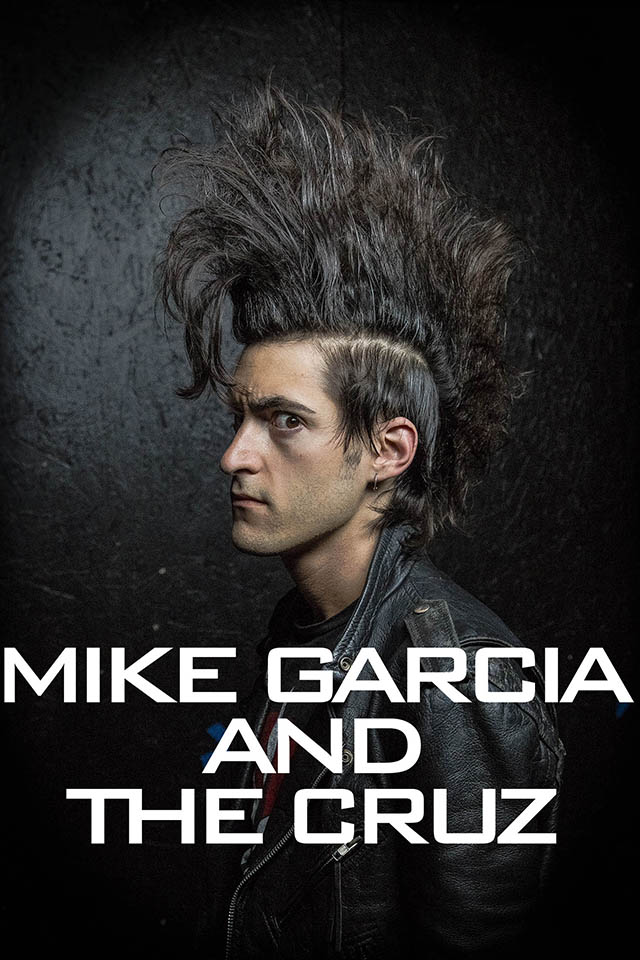 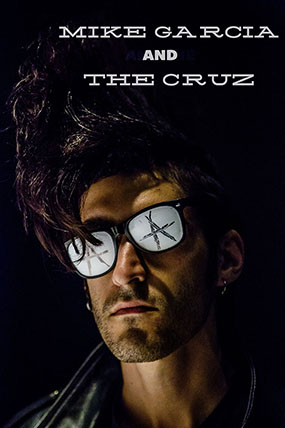 Adobe: As graduate students from the renowned USC SCA, why did you choose Adobe Premiere Pro CC to edit Christopher’s thesis?
Guerrero: My first experience editing film was at UC Santa Cruz, where I learned to edit 8-millimeter film. Like a lot of folks in the industry, I graduated to non-linear editing and learned Final Cut Pro and Avid. I became somewhat of an editing guru and digital media specialist at UC Santa Cruz. When I went to USC, I was introduced to Premiere Pro and became addicted to its ability to ingest almost any raw camera format without transcoding and its integration with other Adobe programs like After Effects and Photoshop.

Shessel: In our first conversation, when Chris inquired if I would edit his thesis, we initially decided on Premiere Pro CC due to its flexibility. We did not want to wait forever for things to be ready to edit, and we wanted to shoot on the latest high-end digital cameras, including the Sony F5 and Sony F65. Our next thought was we didn’t have the most powerful computers, so we couldn’t afford a ton of RAM to transcode and start editing. When we started really putting Premiere Pro to the test, we were pleasantly surprised. We loved that we could bring in After Effects compositions or layers from Photoshop instantly. No more checking settings or dealing with alpha channels. As the first thesis project team at USC to use Premiere Pro, we’re really trying to innovate and show what can be done with the solution. 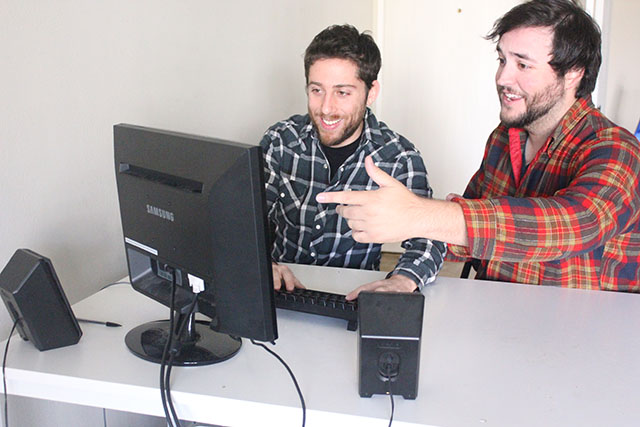 Adobe: Professor Hollyn, is this a trend you’re starting to see with more of your students?
Hollyn: At the School of Cinematic Arts, we’re always watching what’s happening with the NLEs. We want students to learn about all of the editing solutions available to them so they have more flexibility when they graduate. We’re beginning to see more interest in using Premiere Pro for projects. We’re moving toward a situation where in a couple of years the decision of which system to work with won’t be reserved just for thesis films, it will extend down further in curriculum, even to the undergraduate level.

I meet with every group before they start shooting their thesis projects. We talk about the story, their post-production schedule, and what tools they will be using. I recently met with another group whose film involves heavy visual effects and they asked specifically about using Premiere Pro because of its strong integration with After Effects. For Chris and Maury, I know they were really interested in being able to throw multiple formats on the Premiere Pro timeline without transcoding and the Dynamic Link capability between Premiere Pro and After Effects really piqued their interest. They also wanted to be the first to edit a thesis using an Adobe workflow. I like it when our students experiment with new stuff.

Adobe: What is the thesis film about, and how long is it?
Guerrero: My Master’s thesis is a comedy. Not many comedies come out of USC. That’s something Maury and I have in common. Both our theses are comedic and we both love that genre. Adding to his immense talent, this was another reason I asked him to help me with my thesis.

The film is about a punk rock IT student. He’s an anarchist who steals the Chancellor’s laptop. Right now, it is 27 minutes, but Maury and I are working on cutting it down to 15 or 16 minutes. SCA's high profile, annual student film festival, First Look, has strict guidelines about how long films can be. We’re anticipating that it’s going to be done in December 2013 or January 2014 and we hope it will premiere at the festival.

Adobe: What have you found most useful in Adobe Premiere Pro CC?
Guerrero:  I’ve been working with Premiere Pro since version CS5, and I love its ability to support a ton of high-end graphics and seamlessly incorporate effects from After Effects. With the graphics card on my computer, I can throw 10 or more effects at the timeline through Dynamic Link, and I don’t have to wait around to render anything. Everything is elegant and ready to go without re-linking files or grabbing a hard drive. The simplicity is stunning. To me, after years of jumping around between software applications and transcoding and exporting files, that’s pretty insane. 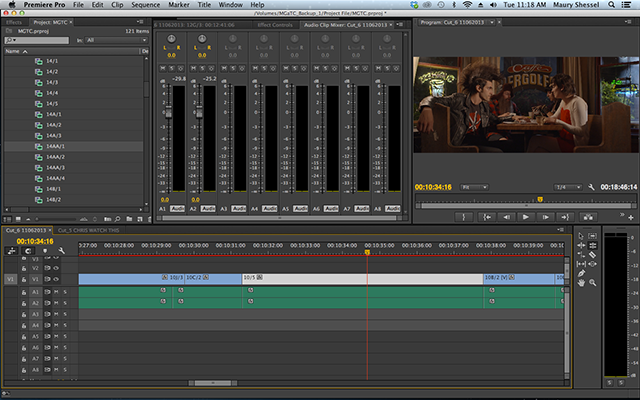 Adobe: What was the learning curve like for you, Maury?
Shessel: I was trained on Avid, and worked on it most of my life. But with Premiere Pro, I was fluent almost instantaneously. The keystrokes were slightly different, but in two to three days, my muscle memory was going for the right keys.

Adobe: Can you describe some of the best parts of this experience?
Shessel: As editors, we are always looking for the best tools. After using Premiere Pro, I can’t imagine not using it again. I tell people how great of a time I’m having with editing this thesis and how easy Premiere Pro is based on other software I’ve used.

Adobe: If you had advice to give to other students, what would it be?
Guerrero: Choose Premiere Pro, and forget transcoding. I know from personal experience how grueling student deadlines are. We have 16 to 18 hours of class each week on top of all our other responsibilities. Take my advice: get from shooting to cutting ASAP.

Adobe: Professor Hollyn, what do you want students to know about the industry when they graduate?
Hollyn: One of the best things we can do for our students is to try to future proof them. This doesn’t mean teaching them every editing program. We try to provide them with knowledge about not just what’s happening in 2013 but what may be happening in 2017. Of course, we can’t predict the future, but we can make sure they learn how to continue growing their skills. There will always be new technologies, distribution channels, and formats. We want students to be able to look for these changes, adapt, and even take advantage of the opportunities that these changes present.

Adobe: Maury, Christopher, what do you both foresee in the future?
Guerrero: There’s an idea people have been throwing around for years, and that’s the democratization of filmmaking. There’s some truth in that. Now everyone has the tools. However, not everyone has the knowledge and creative alchemy and talent to bring all these elements—video, photos, and visual effects—together in a way that intrigues and excites audiences. Today and in the future, smaller teams will be able to create drastically higher quality productions through ingenuity and technologies. Ultimately, filmmaking is about problem solving. Adobe is providing far more tools to solve more problems, much faster. And that helps us create better, more gripping films with fewer resources.

Shessel: I think Premiere Pro is not just a tool, it’s more of an enabler of style, and I’m a worshipper of style, almost to a fault. Over the decades, distinct styles have emerged based on whether people edit on a Moviola or on film, or using non-linear editing tools.  Now, with the ease of integration among Creative Cloud components, including After Effects, Illustrator, and Photoshop, I think a new style may emerge as creative barriers are knocked down. So I’m watching closely.