Does a new user interface and operating system make the URSA Mini a new camera?

Finally, the new User Interface and Operating System has become available on the Blackmagic URSA Mini. I have tested it. I have shot with it. And, yes it is most definitely the other half of the camera. You read those words right. The firmware was the missing link in the URSA Mini. Crazy to say, I know, but this is the truth. First and foremost, the shooting experience is much more enjoyable by adding function to the function buttons on the outside of the camera, but this is not the only change.

To name a few of my favorite new features, we now have white balance settings including tint along the magenta / green axis. We have raw recording formats for 4.6K including 4.6K 2.4:1, 4K 16×9, 3K Anamorphic, 2K 16×9 and HD. There is a 4:3 Anamorphic 3K setting. To top it off there is even better color fidelity in the LCD screen and electronic viewfinder. The update is enough for the camera to feel like new again. But, how does all of this work? Does it work well?  After taking the 4.6k Blackmagic URSA Mini with its new UI and OS out to shoot for two weeks I can say the Beta works well with only a few small bugs. 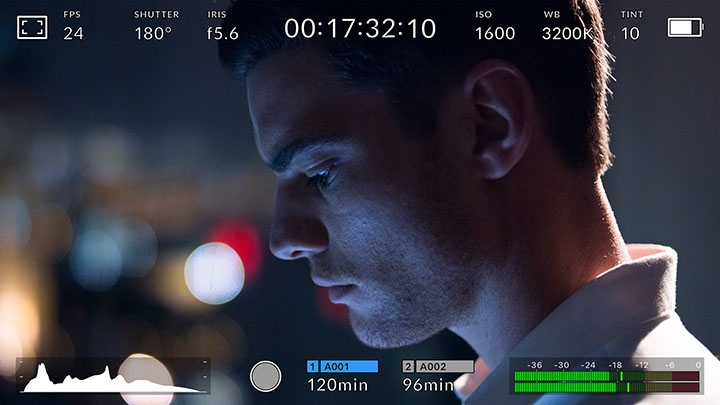 What needs to be fixed in the BETA of the UI and OS? The biggest problem I’ve seen is the monitor’s 3D LUT turning itself off. This happened at random times and wasn’t something I caught immediately. This, of course, is fixable. Actually, I believe it is an easy fix so let’s see how quickly BMD will address this one problem.

Now this is the point in the article I would list everything else wrong with the UI and OS, but, here’s the thing, there is not anything else I saw wrong with the firmware. This just works. This is a fundamentally new BMD. This is a company trying to ship their cameras quickly and releasing firmware and products when they originally said it would be shipped.

The menu on the URSA Mini is a deeper dive with more pages now, but the layout is smart allowing you to find the setting you might need quickly. This update is all about speed. Speed in changing any of the settings quickly. This includes changing the white balance or even adjust the audio.  All of this update is meant to work faster. 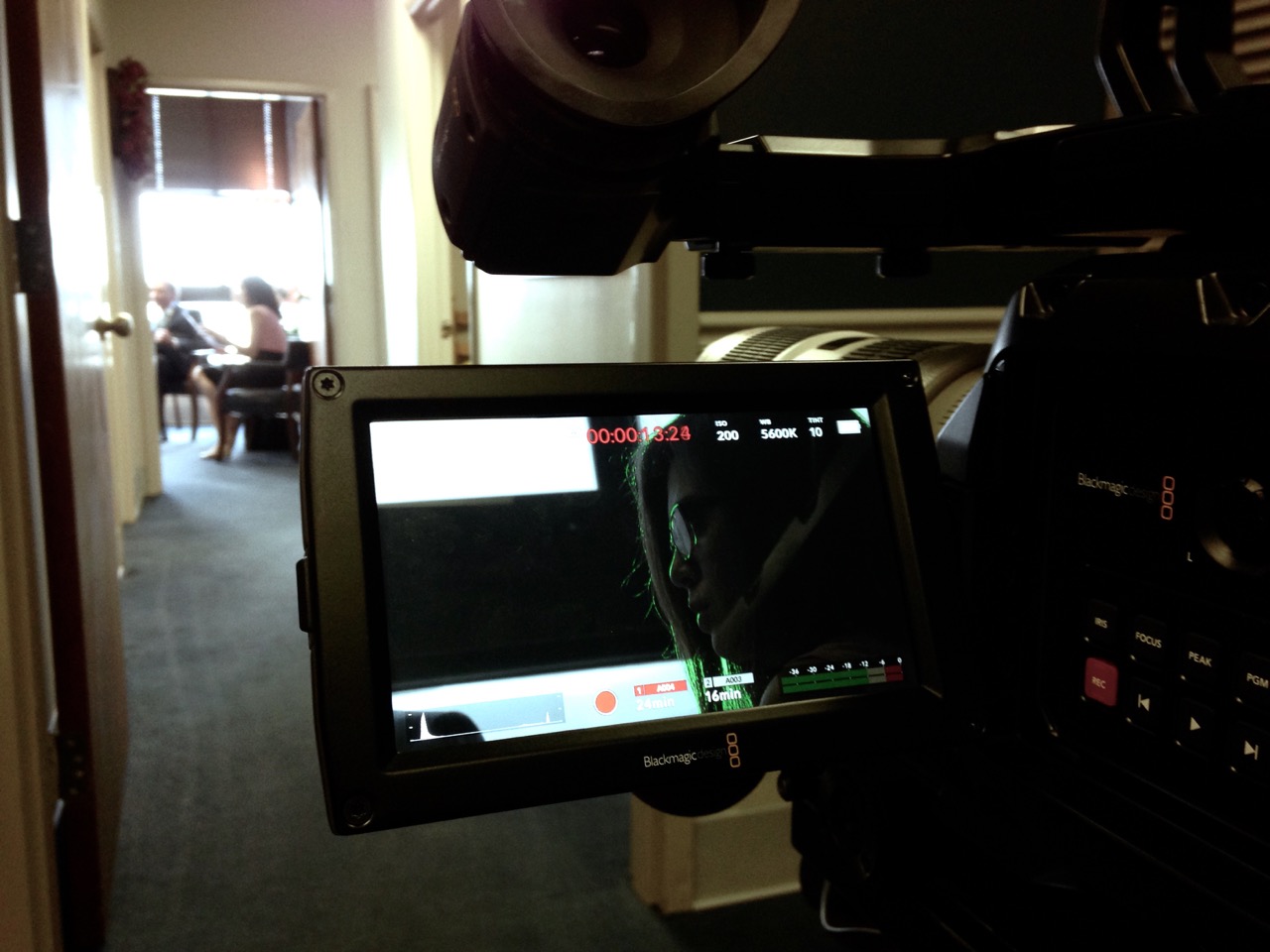 This is a huge help for shooters who are tasked with working quickly and capturing the moments no matter how fleeting they may be. You have a few settings options for function buttons: ISO, White Balance, Shutter, and FPS. I have my two buttons set to ISO and FPS. I did it this way to help me capture a moment as quickly as possible. I hit the FPS button and then I hit the ISO button to get my exposure the way I want it without the need to dive into the menu.

Not that I use auto exposure much at all, but I did run into a shooter on Sunday who was happy to let his Sony FS7 do some of the work for him. If he was to use the URSA Mini he would have three different options for auto exposure. Exposure can be changed by the camera automatically adjusting the Shutter, Iris, or Shutter + Iris.

Now you can not only adjust each channels’ audio levels, but you can adjust the master volume too (oops  *** update*** fuzzy memory, this is not a master volume, but a headphone and speaker volume *** update ***). You have no need to go into a menu. By tapping on the audio meters on the LCD screen you will open up the three audio level sliders: Channel 1, Channel 2, and a headphone or speaker volume. It is simple. It is quick.

There is only one change I’d like to see with the audio and I am not 100% sure they can do it with their hardware. I would love to have one channel of audio set to the camera mic and the second channel of audio set to an input. Last I checked, this was not an option. You either had to go with both channels set to input or camera. 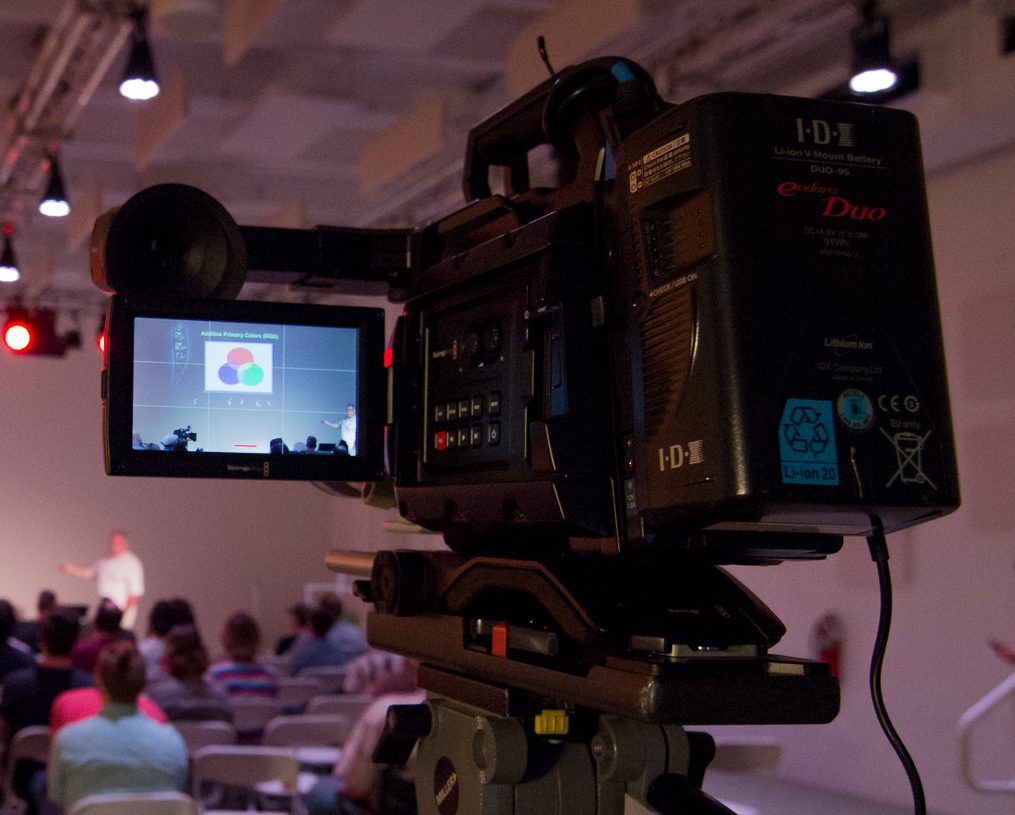 Speaking of the touch screen on the URSA Mini. It is as easy as it gets. When shooting I feel no reservation about using the touch screen to make adjustments on the fly. On the LCD, all the settings one can change are far enough apart anyone with zero coordination will be able to tap the needed setting and have no worries he/she might open up the wrong setting. Today I was shooting an interview and I taped the screen to adjust my audio. I was able to do it without introducing camera shake. So, what else can one change on the LCD screen? This means ISO, frame rates, shutter, iris, white balance, and focus. The focus is especially cool because the zoomed in 2x focus assist area can be dragged around the LCD screen with a finger allowing an operator can check the focus on any area in the frame.

Praise all to the camera gods. Blackmagic has finally added a usable white balance setting to one of their cameras. I am just like any other cameraman / woman out there. I have to hand off footage to clients and those clients expect the footage to be as close to finished as I can make it. Without a tint control along the green / magenta spectrum, I was left with asking them to let me color grade it before handing it off.

Now we can confidently white balance our cameras and shoot away. We have preset choices between daylight, tungsten, fluorescent, mixed lighting, and overcast. You can also custom set your white balance by dragging your finger across the white balance slider. Then there is auto white. I did not test auto white. I am used to never shooting with auto white balance on. It is an old news photographer thing. My favorite way to set the URSA Mini’s white balance is just like I did with my old new camera, by setting a custom white balance with a white card.

Below you can see a couple frame grabs of me pushing the dynamic range in the URSA Mini. I shot raw 4:1 in HD on a cropped sensor. I wanted to show how much detail is in the shadows. It is pretty impressive after color grading, but even more impressive in the raw ungraded file. The intention was to shoot a dark mood for an incredibly sad story. I would not normally push the visuals this far but I’m trying to push myself to take great risks.

Let me start with one simple fact: I have not tested the anamorphic feature yet. I am awaiting a PL URSA Mini to arrive to give the specific feature the full test it definitely deserves. I want to see if the URSA Mini will be the budget anamorphic camera of choice which will be a separate article in and of itself.

There are some aspects of the firmware I tried, but not enough to come to a grounded conclusion. Like importing LUTs different from the 4.6K BMD. It worked just as Blackmagic stated. I can see building myself a specific LUT for a project or music video. Then the 3D LUT feature becomes handy. In the end, this firmware update was as big of an update as Blackmagic was promoting at NAB 2016. It really does feel like a whole new camera and a camera more in line with other digital cinema cameras on the market. For the PL version, priced at $5,495, you get one of the least expensive anamorphic cameras shooting raw. Now that the function buttons work and the LCD heads-up display allows easier access to critical settings I think the URSA Mini will be on hell of a popular camera. 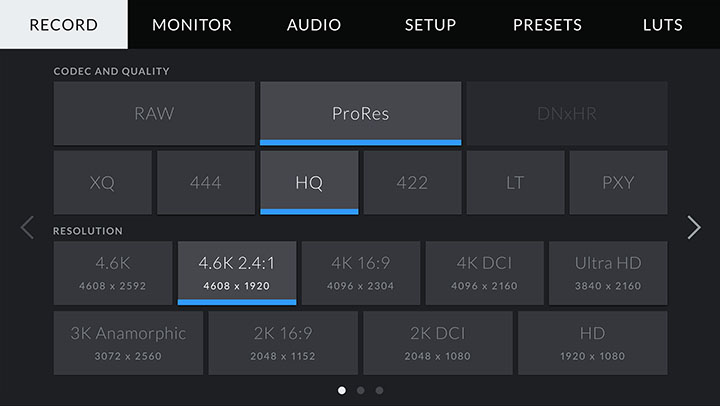 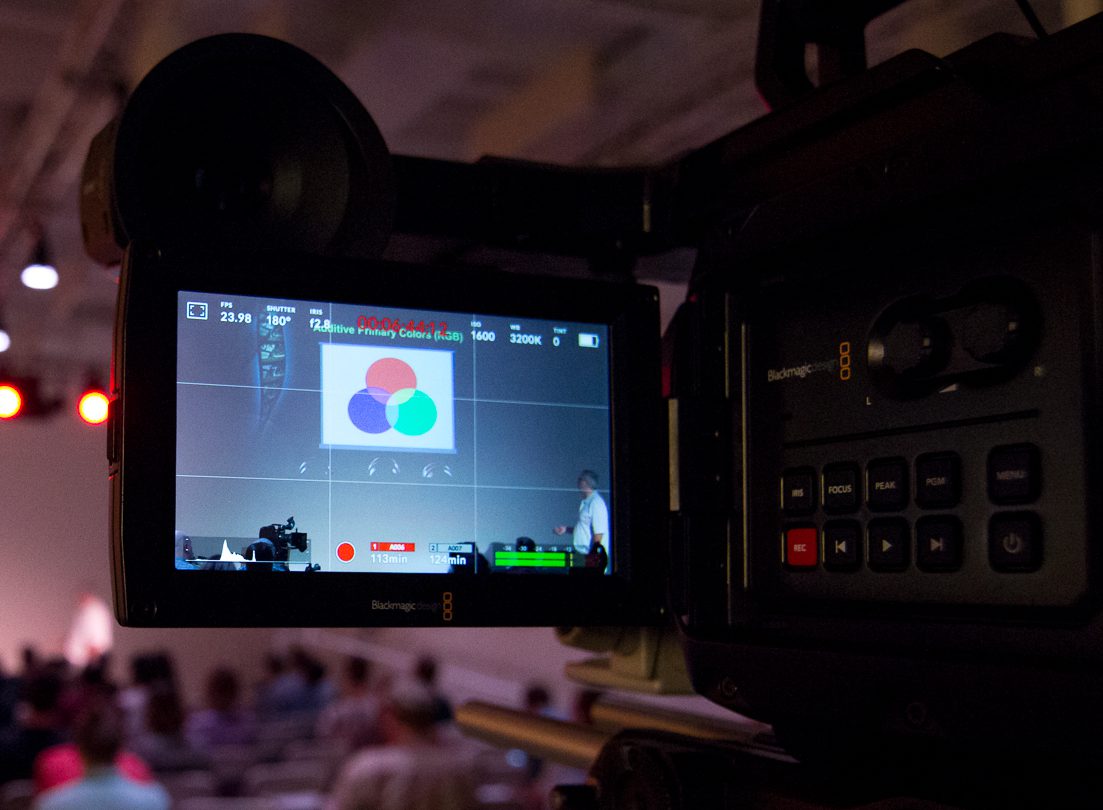