A quick review of what’s changed in recent versions 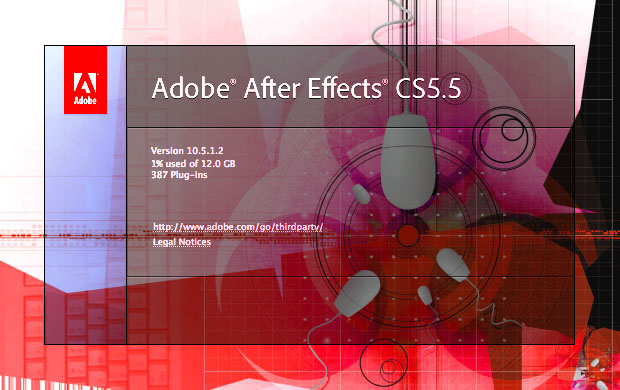 As Adobe and their various vendors have been offering a variety of discounts and incentives this year (as well as floating the idea that you’ll need to own at least CS5 to get discounted upgrade pricing on the next Creative Suite), we’re guessing a lot of After Effects users who have been getting by with older versions may be thinking about upgrading.

To help inform your potential upgrade decision and ease the subsequent transition, we thought it would be helpful to round up some resources – many free; some costing just a nominal sum – that explain what’s changed between versions. In addition to links to relevant articles and reviews, we’re including a selection of free videos from relevant courses on lynda.com (if you have trouble playing any of them, reload the page); if you don’t already have a subscription to watch the rest of the courses, click through this link to get a 7 day free pass to evaluate these courses and others as part of your potential new subscription.

We’re going to assume you have at least After Effects CS3, which was released in 2007. We’ll give an overview of major changes in CS4, CS5, and CS5.5 in each of these three pages.

Here is a quick video introduction to the big new features (at least, as far as we’re concerned) in After Effects CS4:

Overview of New Features in After Effects CS4

Major changes in this version included an updated user interface (darker and more compact in places) with QuickSearch dialogs for the Project and Timeline panels, a Composition Navigator and Mini-Flowchart to help navigate a hierarchy of nested compositions more quickly, three new effects (Cartoon, Bilateral Blur, and Turbulent Noise) along with the OpenGL-accelerated Pixel Blender toolkit for those who want to build their own effects, the bundling of Imaginer Systems’ powerful mocha 2.5D planar tracker, the ability to import Photoshop 3D Layers or export an After Effects composition to Adobe Flash, improved mobile media authoring support, the oft-requested ability to separate XYZ position parameters for more nuanced animation control, and many small improvements such as a new Wiggle Transform operator for Shape layers (click here for a video tutorial elsewhere on PVC). On the potential downside for Mac users, AE CS4 was the first version that would no longer run on PowerPC Macs.

A big under-the-hood feature in After Effects CS4 was support for “new” (actually, old but correct) pixel aspect ratios for non-square-pixel standard definition footage and compositions. This caused a great deal of consternation when introduced. To try to tamp down the fear, we created a quick overview video on the subject:

(For the tech heads, we also followed this up with an in-depth article here on PVC on the subject of pixel aspect ratios.)

Perhaps one of the most maligned new features in CS4 was the addition of a Cartoon effect. Intended as a technology demonstration of what Pixel Bender could do, many users were already burned out on this look-of-the-day, plus the default settings did not yield very pleasing results. Here is a video tutorial that shows you how to go beyond the defaults and get some more interesting looks:

next page: After Effects CS5

Overview of New Features in After Effects CS5

Some of those features included the major new Roto Brush effect, an upgrade to the bundled tracker mocha plus the addition of mocha shape, the bundling of the Digieffects FreeForm 3D warping effect (as well as a nice update to the bundled color correction effect Color Finesse), the ability to import extruded Adobe Repouss© layers from Photoshop CS5, vastly improved support for RED footage as well as the ability to apply some color LUTs (look-up tables) to any footage or comp, improvements to color management, more blending modes, new and updated effects borrowed from Photoshop, and more.

Perhaps most important is that After Effects became a native 64-bit application, requiring a 64-bit operating system and for all of your third-party plug-ins to be updated. This has held back many users from upgrading, but the vastly improved memory management and performance (including longer RAM previews) has proved to be more than worth it. For those who purchased the suite but are still running an older OS, an installer for After Effects CS4 was included in the relevant CS5 suites.

As we did not yet have enough experience using mocha when After Effects CS4 was released, we avoided providing advice on how to use it, afraid of inadvertently teaching you a wrong approach. Fortunately, we had more experience by the time CS5 rolled around, and also worked with the helpful folks at Imagineer Systems to determine a set of preferred working practices. We cover those in this introductory mocha video:

Frankly, if you have the budget for third-party effects, you are better off with solutions such as Zaxwerks Invigorator Pro or ProAnimator, the 3D Objects effects inside Boris Continuum Complete, or the upcoming Mettle Shapeshifter AE. However, we know many of you work inside corporate environments where you get an Adobe suite and that’s it. For those, the following two movies show how to use Repouss© inside Photoshop, and then manipulate the results inside After Effects:

However, the really big feature in After Effects CS5 was Roto Brush: a new technology that helps automate the separation of a foreground object (such as an actor) from its background. Fellow After Effects user, PVC Founder, book author, and lynda.com trainer Mark Christiansen created his own After Effects CS5 New Features course for lynda.com; he recorded the following two movies to provide you a quick start for using Roto Brush:

Refining a Matte with Roto Brush

Mark also gave a quick demonstration of the new Photoshop-derived color effects and blending modes added to After Effects CS5:

Making Use of Updated Color Effects and Blending Modes

(We included Roto Brush, the new color effects and blending modes, and many other subjects Mark covered in our own New Creative Techniques course as well; it’s good to see different perspectives as Mark comes from a visual effects orientation while we come from a motion graphics orientation.)

next page: After Effects CS5.5

Overview of New Features in After Effects CS5.5

The big new feature in this release is the Warp Stabilizer. We were fortunate to be allowed to share information about it with PVC readers before it was released; in the movie below, Mark Christiansen demonstrates how to quickly put it to use:

Stereoscopic 3D is a big subject these days, and After Effects has a new Stereo 3D Camera Rig utility that builds a hierarchy of compositions to facilitate creating stereo output from an After Effects 3D scene, plus the ability to add in left and right footage. It’s not perfect – for example, lights (and therefore, shadows) are not brought forward automatically from your original source comp to the final output comp(s) – but it’s a good step. In the movie below, we focus on approaches to create stereo scenes that are easier on the viewer’s eyes and brain:

One of the improved features in After Effects CS5.5 that makes the above possible is the greatly improved depth of field blur for 3D cameras. In the movie below, Mark Christiansen shows how to take advantage of this feature:

Creating Lens Blur with the After Effects Camera

We hope this set of movies and links to other reviews and articles helps shorten your learning curve should you decide to upgrade. We’ve been using After Effects CS5.5 for several months now and are quite pleased with its improved performance; if you are upgrading from CS3 or CS4, you’ll notice the particularly big jump that came with native 64-bit support in CS5. Change is always hard, but some change is definitely worth going through.

The content contained in our books, videos, and blogs are all copyright Crish Design, except where otherwise attributed.