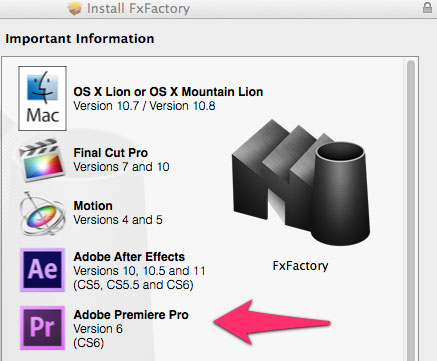 If you’re not familiar with FX Factory then it’s worth a download of the demo to see exactly how it works. While the $400 FX Factory Pro provides a ton of useful effects, transitions and generators it’s all of the FX Factory partners that provides a big mix of different kinds of tools and products. Most are of those effects are available for demo once FX Factory is installed but there are others that can be downloaded from the FX Factory store. 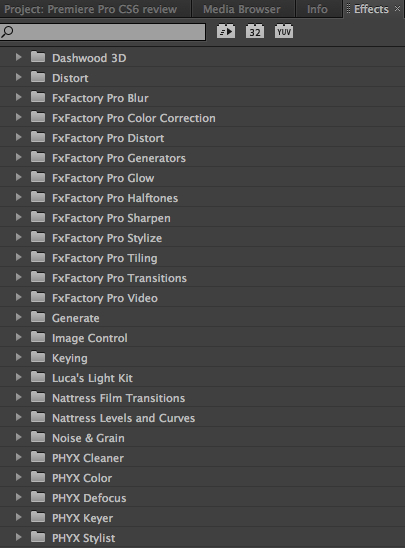 There’s a ton of the FX Factory filters in the Premiere Pro CS6 Effects tab.

How well do they perform in PPro? I haven’t had the chance to use them yet but version 4.0 of FX Factory is now installed so I plan to use them soon. I asked Niclas Bahn of Noise Industries about this update and bringing FC Factory to Adobe Premiere Pro CS6:

All products must be tested on the new host, and often times FxFactory functionality has to be re-designed or created so that plugins work effectively and intuitively in a new host.

AE and Premiere Pro are similar in the way they handle plugins, but important differences do exist… getting Premiere support was not “free” after AE support was implemented.

Here’s all you need to know about FX Factory 4.0 in Adobe Premiere Pro CS6:

It’s especially important to watch this video on transitions in PPro because third party transition plug-ins work in kind of a weird way. Why they don’t apply like Adobe transitions is beyond me.