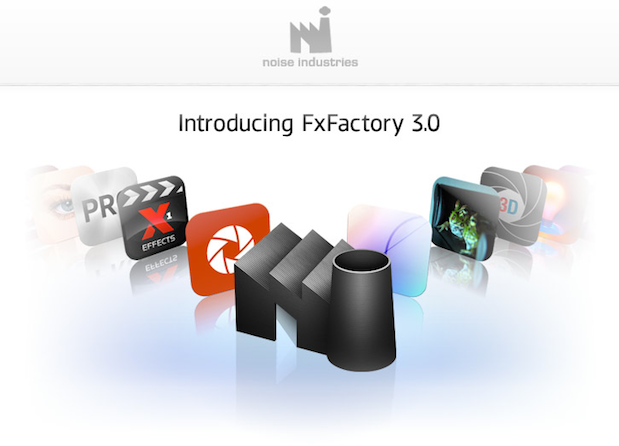 A big update just hit the Final Cut Pro / Adobe After Effects world this week with Noise Industries FxFactory 3. This update to the popular plug-in architecture introduces not just a lot of new effects but a new interface to the actual FxFactory program. This release sees an interesting new color correction tool from Yanobox and the first FxFactory tools from Nattress and an FCPX only transition package from idustrial revolution.

While FxFactory was available rather early on in the release of Final Cut Pro X it’s this release that sees them solidifying their FCPX support. While there’s quite a bit more FxFactory-based products available for the Final Cut Pro 7 / After Effects install the number for FCPX effects is growing including one that is FCPX only: idustrial revolution’s XEffects Tech.

The new FxFactory 3 interface with only FCPX compatible plug-ins showing. Notice the purple button that is clicked in the upper left hand corner to show only FCPX effects.

The new interface in the FxFactory program has been streamlined into a simplified icon view that lists all the FxFactory partners and indicates whether you have a licensed version or the trial that comes with each download. Little icons indicate whether the effect is supported in FCPX or the legacy applications. The entire list of fx can be sorted by host applications as well. You can also selectively disable individual effects in the FxFactory application. This way they won’t show up in the effects list which is a nice way to reduce clutter.

Above you can see the icons that show FCPX or legacy FCP / After Effects support. There’s also indicators as to which effects are licensed, a trial demo or have been disabled via a check box.

One of the new developers in this release is Nattress. Their first FxFactory plug-in is a color correction tool called Nattress Levels and Curves. It’s an interesting take on color correction in that it uses an overlay on the image to visually show an s-curve and exactly how it bends to produce the desired correction.

Adjusting the Nattress Levels and Curves sliders bends the onscreen curves to show exactly what the correction is doing.

This note in the Nattress info explains in more detail how the effect works and processes the image:

All Nattress Levels and Curves controls work on your image in a film-log space to allow for a fine-degree of image control and for superb image results. Final Cut Pro X natively works on your images in linear light, and although superb for compositing, linear light representation is far from ideal for grading an image. By placing the image into a specially constructed film-log space, you get the benefits of fine control over the tones in your image and the benefit of film-like contrast handling.

When you adjust the sliders for the effect you’ll see the curve move as well as control points for the curve. It feels like you should be able to grab those control points and adjust the curve right on the image since that onscreen display is one of the promoted features of the plugin. There might be a technical limitation but you can grab control points for other new plugins as we’ll see below. Overall the Nattress team has done a great job with this effect as it can produce a really nice looking image. I can make some very subtle corrections that make the image pop without going too overboard.

One limitation I noticed in the FCPX version is there is no popup for preset looks. That means there aren’t any presets nor can you save looks to your own custom presets in FCPX while you can in legacy applications. This is true for most all of the FxFactory effects as saving a preset has always been one of the strong points of FxFactory effects. Hopefully FCPX will be updated in the future to let this happen.

There’s 4 different Nattress Levels and Curves plug-ins to choose from depending on the type of correction you want to apply.

One of the other new additions is another color correction tool from FxFactory developer Yanobox called Moods. Moods also uses an onscreen heads-up display for manipulating the effects. This is in addition to the usual sliders in the effect controls.

When you first apply Moods you’ll probably want to turn on the Help Card in the settings. This toggles on descriptions for each of the color wheels in the effect. These descriptions are important to understand as dragging in a specific direction will produce a certain type of effect. 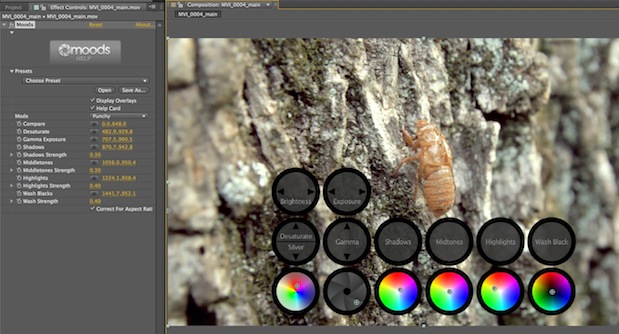 The Moods “Help Card” toggled on in Adobe After Effects.

Like any good color corrector, Moods also includes a number of presets that might act as a good starting point. In FCPX those presets are listed in the Effect Browser as Mood Presets as opposed to the other hosts where they are under a pop-up in the effects controls.

These new onscreen / heads-up displays for a effect aren’t entirely new as we’ve seen them on some FCP effect before, most notably some color correction tools from CoreMelt. The HUD concept is a nice way to learn an effect and I think, more importantly, what the effect is doing. But I’m not 100% sold on them as the best way to interact with an effect. The on-screen curves in Nattress Levels and Curves isn’t too obtrusive but the color wheels in Yanobox Moods might tend to get in the way. Plus I’m not so sure that seeing all these color wheels at the bottom of the image might not affect the overall perception of the image. I’m going to have to use it a bit more before to really get a feel for how it will work.

The other downside to these onscreen HUDs is that they are actually part of the image that is getting sent out of the host application. That means that if you’re outputting or displaying the edit through hardware like that from AJA, Blackmagic or Matrox then the onscreen HUD will appear right there on the screen. All the plug-ins have a toggle where you can disable the HUD (Show Curves for Nattress and Display Overlays for Yanobox) which is a necessity, otherwise the HUD will appear on the exported image. 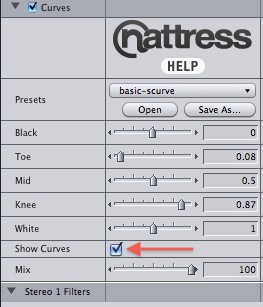 The on-screen display for some of the FxFactory effects must be turned off or it will appear on the final image. This could take awhile on a large job with lots of shots.

I think this concept of the onscreen HUD has come about more as a limitation of the host application. It would seem more advantageous to place the directly manipulated color wheels or level curve somewhere on the effect controls. Then you could manipulate the effect in a more interactive, slider-less way without putting some display over the actual image. Of course this type of custom display in the effects controls would have to be supported by the application. 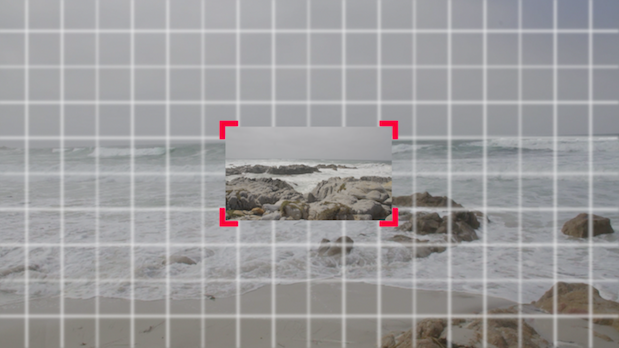 The XEffects Tech Corner Zoom with a few customizations.

Other notable additions to FxFactory version 3 is a Final Cut Pro X only set of transitions from idustrial revolution called XEffects Tech. This $49 package includes 28 transition that have their own unique feel. idustrial recolution says “Tech Transitions is the first commercial product for FCPX to feature temporal or retiming of video within the effect.” Many of them freeze the frame before implementing the transition. They are best explored in demo form as they’re hard to describe. 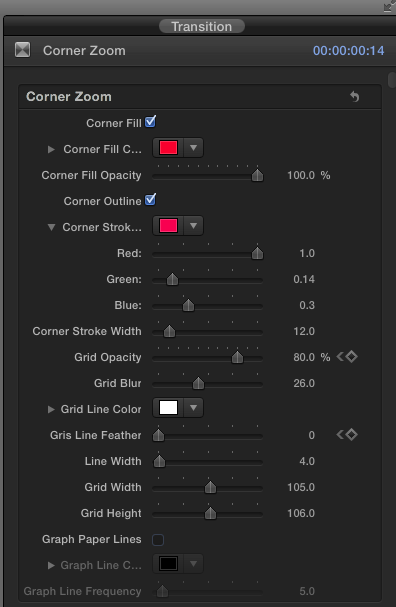 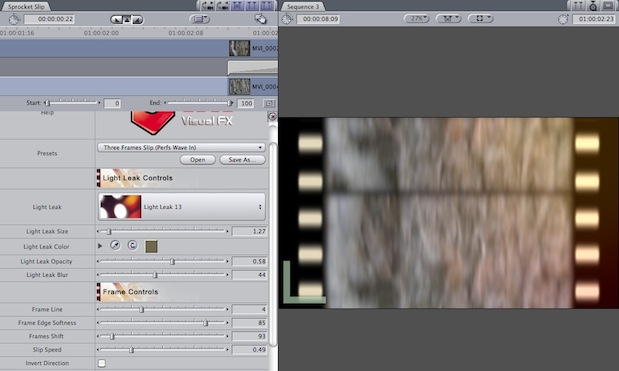 Luca Visual FX have also added four new effects to their FxFactory offerings. They are Grunge FX, Film Leaders, Sprocket Slip and Light Leaks. They names are pretty self-explanatory and prices range from $49 to $79. These are some nice looking effects for some rather common looks that you might want to achieve. They aren’t included in the main FxFactory 3 download due to their size so they have to be downloaded individually from the Noise Industries site. Once installed you’ll get the demo of the new Luca effects until they are purchased.

Film Leaders, Grunge Effects and Light Leaks are generators that can be composited over other clips or used as clips themselves. They’re a variation on the tried and true grungy stock footage clips but they are self-contained in a single generator clip. 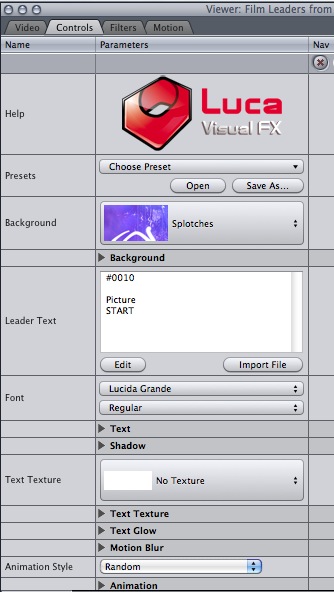 All the Luca generators are very customizable within the generator controls.

Overall this is a strong release for FxFactory as they continue to add new partners who produce some cool effects. One question I’ve seen asked is why doesn’t FxFactory support Adobe Premiere since Adobe After Effects has been supported for a long time. I’ve often wondered this too but apparently it’s not a simple task to get the products running inside Premiere Pro even though they run well in After Effects. Noise Industries is looking at Premiere Pro support but noting as of yet. My bet would be if PPro continues to make in-roads into post-production, especially if CS6 is a solid release, we’ll see FxFactory in there eventually.

If you haven’t yet tried FxFactory then give it a download as all the effects are available in a free demo. There’s also a large number of free effects as well. Once installed you can then get more information for each effect right in the FxFactory application. That’s also where new effects are purchased and licensed.

Jump to page two for links, pricing and video demos of the new FxFactory 3.0 effects.