In this series of articles I will discuss the story culture across different countries in Southeast Asia and the Greater China Region. Essential part will be how Asian storytellers adopt to converging and emerging media technology in order to find new ways of connecting to their audience.

In this first installment I will retrace undiscovered pioneer projects of Singaporean content creators.

As a culturally and socially engineered nation, Singapore is redefining itself on a regular basis. During the rapid society development of the past 50 years, adaptation of innovation and new technology happened almost instantly as Singaporeans embrace everything that brings the city state forward even faster.

For instance, Singaporean filmmakers have been heading the Stereoscopic 3D boom in Asia in 2010 and are currently pushing fast forward on content and production for the emerging VR wave ignited by Oculus Rift and similar experience enhancing technologies.

It comes at no surprise that this “Majulah-culture” claims its collaterals, primarily, when it comes to artistic identity and cultural heritage. The ongoing struggle of creative definition is constantly prevalent. What is an inherently Singaporean story? What is a Singaporean storyteller’s artistic signature that would define and stand out outside the borders of the island nation?

When it comes to new media, and transmedia creation in particular, South East Asia has yet to leave a mark on the international stage. In fact, the common perception in Western countries is that practices of new story formats have not taken any roots within the region. However, cross platform and transmedia-like narratives have been around for years, especially in Singapore.

I found early pioneer projects that took place parallel to the the first wave of transmedia success stories in the West. Although these projects were scarce in number and limited in scale, most were already backed by major brands and barely originated in academia.

Singapore’s media culture is very much based on the believe to get things working on a commercial level first. If they don’t fly instantly, resources are drained in order to diverted  them to the next best thing that is labeled innovation. But these tactics also come with a significant paradox, especially in the realm of new media. As shown below, there have been hugely successful commercial projects using elements of transmedia storytelling for brand building. Yet, as other agencies failed to replicate the success by bluntly copying the proof of concept approach, resources were routed back to maintain the status quo that serves traditional KPI arrangements.

There have been impressive pioneer projects in the past six years (this is as much as I can track back productions among my local peers). Only, none ignited a real “transmedia revolution” that disrupted the traditional structures of Singapore’s media industry to a critical mass point. Despite momentum projects simply failed to gain significant traction in the long run. This is commonly attributed to the comparatively small market size as well as the vast diversified nature of different local cultures, religions and media consumption habits.

“We’ve done that before.”

More than in the West, content creators not only struggle to educate the audience but also the industry stakeholders. Going beyond the buzzwords filled PowerPoint presentations has been proven significantly challenging as timelines are always set too short and financials only made available for quick fixes. The understanding that audience building requires its due diligence and cultivating an infrastructure is paramount fails to sync with corporate thinking models and long term gatekeeping license deals.

Thus, it is not so much a matter of “catching up” but rather to find the right properties and stories that resonate with a local audience as well as communicate the iterative opportunity windows for media stakeholders. “Hyperlocal” has been a center approach, but it bears the conundrum of not being able to translate abroad while causing censorship issues domestically.

Another challenge in defining Singaporean story culture for local content creators is the generally critical audience perception of everything that is produced for the home market. Despite a strong patriotic sense for national community and unity, local content always gets scrutinized and instantly compared to foreign production values.

“The Way we act is not the way we talk. The way Koreans act is the way they talk.”

Naturally, this applies primarily to dialog driven TV dramas. While Korean dramas are held as prime role model, maintaining a strong and devoted followership in Singapore, in-house dramas from the National Broadcaster are barely taken serious. Besides budget and production issues this circumstance is also rooted within a language acceptance issue. Free-to-air TV is not allowed to use local dialects of any sort, like Singlish. English language programs, in particular, have fallen under a harsh rejecting response as they are deemed contrived opposed to productions from the US or UK.

Imported stories always seem to gain more attention as the audience has a closer connection, whether this is rooted in ancestral heritage or simple pop culture affection. Addressing this situation with stories on a smallest common denominator strategy is increasingly destined to fail. In an age where viewing habits have seen radical change programs are no longer in tune with a population that is so diverse as this city’s ethnic melting pot.

Once the notion of “One Ring To Rule Them All” is vanquished the market will open up to agile niche programming based on rapid story prototyping with the audience’s very own participation. 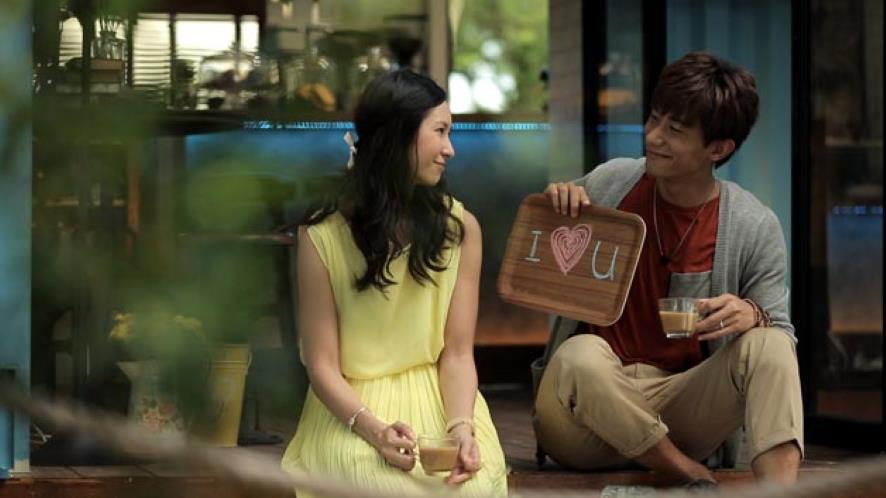 To understand the path Singaporean creators went in order to define local story culture, I collected in chronological order four highlight productions of the past six years. More to follow soon.

[2008] GPS film – Nine Lives
GPS Film is a location based mobile cinema experience that was developed by School of Art, Design and Media at Nanyang Technological University assistant professor Scott Hessels and a group of his students lead by local filmmaker and transmedia pioneer Kenny Tan Seah Hiang. The project was supported by Nokia and users could experience a fragmented movie experience based on their own location by using GPS enabled phones or PDAs.

The narrative experience Tan created is title “Nine Lives” and revolves around a group of nine characters within a chase comedy. The characters interact with places the viewer travels through while watching. Developed as an open source project the entire concept already addresses Singapore’s fragmented urban structure by providing a responsive approach to storytelling.

Keep in mind, this was 2008, the dawn of the smartphone era. Video data on mobile phones was an expensive luxury and GPS enabled device penetration was only a fraction of what we see today. Despite developing a fully functional technological infrastructure during the past couple of years, this visionary type of storytelling has barely been touched upon. A circumstance that makes the introduction video below even more being ahead of its time.

[2008] Raffles Place Ghost
This 2008 produced marketing campaign for a Singaporean job portal went viral and even gained international attention. Centering around a supposedly found CCTV footage of a ghost appearing in an elevator after office hours the campaign’s strategy was to “own the concept of work life-balance”. Different to other marketing campaigns, Raffles Place Ghost had a specifically allocated budget for targeted content seeding. A virtue only few agencies maintain, even nowadays. The video was seeded in different online forums with the support of fictional characters searching for virtual clues. As the ghost video spread, online viewers began creating their own theories, sending in and posting self-generated content.

[2011] Terrorville
Terrorville was an interactive Game/Horror Film/Drama by Kenny Tan produced by Oak3 Films and Xtreme Productions. While navigating through the first couple of introductory episodes the audience could choose one of the main characters and follow his/her path to uncover a murder mystery in the Malaysian jungle.

Started in 2011, rolled out first in the Philippines in 2012, the online experience was expanded and ran until February 2013, concluding with a telemovie. Sadly, as most productions linked to local TV the content has been pulled after the scheduled running time.

[2012]《96°C 咖啡》96°C Café
96̊⁰C Cafe was one of Mediacorp’s first projects created under the 360 Initiative banner. The executing Channel 8 is in general quite savvy when it comes to social media engagement with their audience and adopting new technology to their programming.

The series evolved around the titular fictional cafe and a love story. Functioning as prequel the story started out as an 8 part webseries, published on Xinmsn.com. After gaining popularity the show was adopted into a regular on-air drama series with 20 episodes. Additional content was delivered online including a full franchise package, blog written by one of the characters, songs to the show and lookbook to the actors.