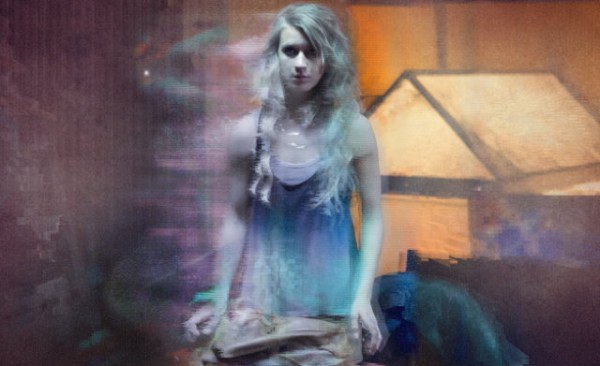 Cloud Chamber, an online, interactive mystery, will open this year’s New York Film Festival Convergence program. In this interview I speak with creator, Christian Fonnesbech who explains the process of getting a large scale project off the ground, his thoughts on the festival and why Convergence may be the next big venue for interactive storytellers.

JB: Can you explain Cloud Chamber and your inspiration for the story?

CF: Cloud Chamber is an online mystery, a next generation altered reality game. We’ve done three of them before, and they were all campaigns, however Cloud Chamber is permanent and you explore it in your own time. The basic idea is that once you’re in the website, it’s kind of like a 3-D. It is an immense database for fictional film clips, confidential files, and Wikileaks documentary fragments, which you’re piecing together. The story revolves around three young people, one is a young astrophysicist, Kathleen, who betrays her father and risks insanity in order to explore what might be a signal from another world. You, the player, are exploring found footage left behind by the characters; their documents, films, emails, scientific journals while at the same time you are discovering what happened to them.

I wanted to tell a story that was personal and that tackled big themes. Kathleen's journey is in many ways my journey – and the questions about the universe (i.e. Why are we here? Are we alone?) were very much what the development of Cloud Chamber was all about. I talked to a lot of astrophysicists in Denmark and Europe – and I realized that most of us lack an emotional understanding of the universe – a feeling for it. It’s as if our internal “maps” all end at Jupiter.

JB: Are you bringing the whole project to the New York or just part of it? How is it going to be previewed at the festival?

CF: We’re opening New York Film Festival Convergence, which is quite an honor, so we’re going to basically spend an hour showcasing it, showing how it works, showing clips, the experience, and then talk about making it. We’ll also be discussing it with the audience.

JB: Who approached you about coming to Convergence, did someone happen to see Cloud Chamber and say, “wow, we need to show this”?

CF: Matt Bolish from Lincoln Center saw us present at SXSW in 2012. He came up after the presentation and said ’hello’ and we’ve basically been talking ever since. Of course, I really don't know what it was that Matt saw when we presented – but I know what I HOPE he saw. I hope he saw a step towards creating a story that was truly at home on the internet – one that is every bit as emotionally engaging and immersive as a good movie, book or tv-series. Cloud Chamber is an honest attempt at telling an involved story on this new canvas. We've worked hard to create an immersive experience that uses the foundations of the internet to tell a classical story in a new way.

I think he also reacted to the production value and the level of talent, we’ve been able to bring together across media types. We’ve been fortunate in Europe to have film institutes that are actually able to invest in something as R & D, like this – something where the business model and even the narrative model is unproven and the form is an experiment.

JB: What do you think Matt saw in your presentation at SXSW?

CF: For a transmedia project, we have had a decent budget, almost on the level of an art house film. Not many ARG’s or transmedia projects get that, unless they are a marketing tool for something else. My producer was Vibeke Windeløv, who produced a lot of Lars von Trier’s films, and thanks to her, we’ve been able to put together a production value and a talent mass – both on the game side, the internet side and on the film side – that has really upped our game to a whole new level. We have been joined by international stars, like Jesper Christensen (who’s a James Bond villain) and Gethin Anthony from Game of Thrones. We also have people working on the project who worked on “The Killing”, the original series. We just had some great talents here and I think many transmedia projects suffer from the fact that it’s difficult to get top people from all the different sides. We’ve been blessed with that and I think Matt reacted to that.

JB: How did you get the funding to make Cloud Chamber?

CF: The things is, in Denmark, we have a film institute that spends millions of dollars, I think close to a hundred million dollars, a year on making feature films, and this is a government institution that invests in our country’s ability to make itself heard (both at home and abroad) with artistic projects and commercial projects and so on. Because the country is so small, our film sector would disappear if it didn’t have any state funding, and this is viewed as an art funding project. Almost all of this money is dedicated to feature films and what happened was that I had conversations with some of the Danish Film Institute people while I was making online mystery campaigns, early on. In 2009, we got to the point where we among the leading online storytellers, at least in our country, and the Film Institute said, ‘how about making a project with us?’ and it grew from there. Obviously it took about a year from that point, of jumping through hoops to get the funding. It’s not about a handshake and here’s a check for a million dollars, it’s more like; let’s start a conversation, and that conversation leads to treatments and concept documents and design documents and descriptions of the team and commitments from top talent and getting a producer like Vibeke Windeløv to shepherd the project through the institute, and from that point it’s a full time job just making it happen, then after a year it really started to happen and 2 years after that … here we are.

There’s one very important thing that needs to be said, people are always asking me ‘you got a budget, what would you recommend to somebody who’s looking for the same thing?’ My recommendation is getting experience; what these people are investing in is me and my team’s ability to do this. We’ve done 35 online projects together and  we’ve proven we can do this – we’ve proven that we can deliver, the audience likes it, we can do it at high quality and we can coordinate across media; that’s why somebody like Vibeke Windeløv steps aboard. That’s really my advice. Sometimes it seemed a little crazy, at the time, working on one project after another but it paid off in the end. Each new project built on the last project, and they slowly get bigger over time.

In fact, the last mystery we did, which we did with commercial clients, had a budget that was actually quite close to Cloud Chamber’s production budget, so in that way it’s not that big a leap – we built our own ability to do this, to the point where the film institute can say, “o.k. well you can actually do this.” But then the film institute’s involvement, and Vibeke Windeløv’s involvement, actually boosted our quality level by five or tenfold because suddenly we were able to bring in top talents that wouldn’t have been interested in us three years earlier. So we really are making a big leap this time, but again it’s all built on having the credentials that say that we can handle developing, producing, delivering and running something like this.

JB: What do you hope that the audience will be taking away from this year’s Convergence program?

CF: I would hope that people take away that there’s a new game in town, a new way of experiencing stories. The niche audience – the transmedia creators – have  been looking at this stuff for years, but the mainstream audience hasn’t. The mainstream audience is  beginning to transition now, though, thanks to tablets, Netflix and so on. The big question, if you ask me, is where is the narrative form that is suited to the internet? If you look at Netflix, that’s just old school TV transplanted to the internet: it’s not the internet’s OWN narrative form, I think that is what is coming: a new kind of narrative, built on what the internet can do and not on the traditional idea of filmed stories projected onto a wall in a dark room. How do you tell a story with what this new medium? What are the important new aspects that this medium has to offer? I think that’s where it’s going – and it is definitely what we’re aiming for: a new narrative form. We’re not really about cross-platform storytelling; we don’t cross media channels, but  we do cross media TYPES. For me that’s a different game. Classic transmedia like where you have a book, a comic, a film, a game, all in the same fiction… But that's not what we’re doing, we’re working with the internet’s narrative form and figuring out how to mix film, social and game into one story experience.

I think the consensus, about what a story is, is about to change in a big way. Instead of a story being us in the same place at the same time, in a room watching a screen, it’s going to be about experiencing a story with hundreds of other people, online in the same virtual space, but not necessarily at the same time or at the same location…  I think that’s what’s coming. Whether we have nailed it, I don’t know, we’ll see, but that’s what we’re aiming for.

JB: Why is the Convergence program a good fit for Cloud Chamber?

CF: I think Convergence is an apt term because when we look at Cloud Chamber it is really a Convergence product. We are taking a classical story concept and we’re converging film, social and game in order to tell that story on a single website. So I think it’s a very apt term. As for NYFF being a good fit, well, I’ve studied film, I’ve made 10 short films, I’ve directed an underground TV series … we know our film and the people we bring in know even more about film … so it’s a fantastic honor to be at the NYFF. And the fact that the NYFF is now interested in the stuff we’re doing – let’s just say it was an easy decision to say yes. Everybody’s looking for how to make the traditional content fit with the new platforms and interfaces and possibilities. For me it feels like it’s happening now, I thought it would happen 10 years ago, but I’m glad I stuck around.

CF: For us, we’re really looking for partners in the states and globally as well. We’re launching four days after the New York Film Festival in the first test market, which is Denmark. But everything's in English and it’s ready to globalize, so if there are any media partners or distribution partners out there, we’re ready to play.