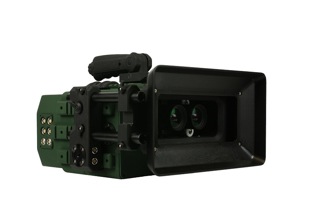 Prior to the acquisition, 3D Visual Enterprises has been the financial, marketing and distribution arm of the company with Meduza Systems LLC, focused on research and development. All activities will now be integrated under one company umbrella, Meduza Systems Ltd, which will also be responsible for all international and domestic US operations and global marketing efforts. “With the consolidation, we are now better positioned to serve our customers by providing the best 3D camera and localized support systems,” says Cary.

Meduza Systems Ltd Imaging and Color Scientist consultant Matt Whalen has been engaged and working on the Meduza Systems technology since its inception. Among the vast range of Whalen’s extensive expertise in image sensor evaluation and image processing development, are consumer products for clients including AT&T Videophone, SiliconFilm’s eFilm cartridge, digital cinema product development for RED, Cisco Telepresence and additionally in the medical field the Smith and Nephew HD endoscopy camera. Whalen has formerly served in senior technical positions with Lucent/ Bell Labs, Conexant, and SiliconFilm Technologies and currently holds more than ten patents in the areas of lightwave and digital camera technology.

“As broadcast and entertainment media technologies evolve toward immersive viewing, a transformation is occurring in image capture devices,” says Whalen. “Meduza Systems is at the leading edge of this wave.”

Chief Mechanical Engineer and Program Managing consultant Al Mayer has been instrumental in driving the Meduza camera design, from invention prototype to completion, in just 365 days. Over his 28 year professional career, Mayer has been responsible for the design, management, and technical marketing of many of the world’s leading motion picture and television camera systems, both film and digital. He holds US patents and provisional patents in camera design, wireless hand held remote control systems, and 3D projection systems. Mayer was the Program/Project manager, Chief industrial designer, and Chief design engineer for Panavision’s Panaflex Millennium XL, for which he and his design team received an Academy Award® and Primetime Emmy® Award for Scientific and Technical Achievement. He was also responsible for the mechanical design and ergonomics of the world’s first high end, full chip digital camera system, Genesis®, a joint venture between Panavision and Sony, a winner of a Primetime Emmy® Award for technical achievement.

“It’s a pleasure to work with all of the professionals at Meduza in the creation of the state-of-the-art 3D camera system developed for the broadcast and motion picture industry,” says Mayer. “The speed and agility of the group allowed us to come to market in a very accelerated and aggressive time frame.”
“Both Matt and Al have years of invaluable experience in the high tech imaging industry and are at the top of their respective fields,” says Cary. “We are excited to have them on board at our company where their skills are critical to the successful production and marketing of The TITAN, the MK I and our other new products.”

Meduza Systems Ltd is dedicated to servicing the growing demand within the professional film and television community for a complete and technically advanced 3D image capturing system. The company’s objective is to develop an imaging system that solves the single camera problem within an architecture that can be constantly upgraded to keep pace with the growth of the industry and advancing technology. The system’s requirements are versatility, flexibility, and the capability of being upgraded and adapted to match the pace of developing sensor and optical technology and to deliver visual images at the highest resolution possible at all times. The Meduza MK I was designed to fill the void in the market with compatibility in all of the production environments and in any industry, from Giant Screen 15/70, to live events, to hand held natural history productions. The TITAN has been created to provide a purpose built tool for the television industry. Above all, the company’s mission is to create a stereoscopic digital 3D camera that would never be obsolete and that could constantly strive to meet the growing and changing needs of its customers. www.MeduzaSystems.com