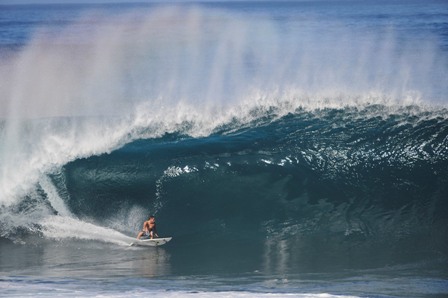 IMAX filmmaker Mike Prickett said of the waves at the contest: “These were epic waves. This is the first time in history a 3D camera and crew has been used in big pipeline, both in the water and on the land to film. We have insane angles of surf in 3D that no one has.”

Chris Carmichael, CEO of Ubiquity, says, “The 3D footage captured will give every surfer and spectator the one of a kind experience of surfing Pipeline in epic conditions.”

Winner of the contest is 18-year-old John John Florence of Vans from the Northshore of Hawaii.