No blockbuster news but there seemed to be a few surprises from what I could tell. 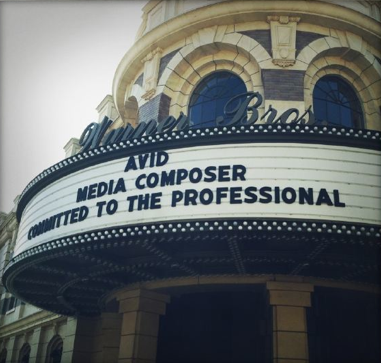 On Wednesday evening Avid held its Committed to the Professional event on the Warner Brothers Studio lot in Burbank California. The event was announced just over a week ago in a blog post by Avid’s CEO. I would have loved to attend the gathering but since it was in California and I’m in Tennessee it just wasn’t meant to be. But there were some tweets that came out of the event by the #livetoedit hashtag.

UPDATE: More images and another tweet about 3rd party hardware.

Here’s the highlights (as far as images and twitter tweets) that I saw come out of this event. And I guess since the disclaimer image below was tweeted it’s appropriate to show it here: 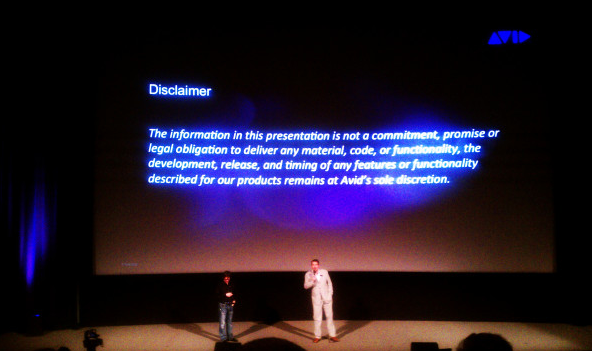 This pic came from @quintessential the night of the event.

Here’s a few from @robtheeditor:

The choice between #avid and #fcp was never about $$$ it was about buzzwords that producers learned. #livetoedit

That last one really made me do a doubletake but then @michaelkammes said this:

#livetoedit 3rd party I/O: no announcements, other than ‘we’re working with them for the future’

80% of pro systems are Avid, 50% of #Avid employees used to be in production #livetoedit

UPDATE: Here’s another tweet from @comebackshane that addressed the question of 3rd party products: 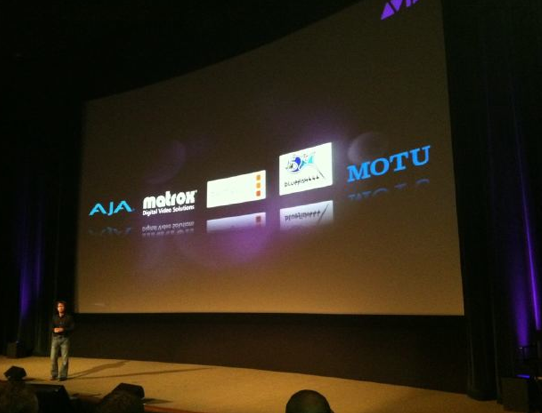 And then @dwolfmeyer tweeted this pic from a slide about just that. 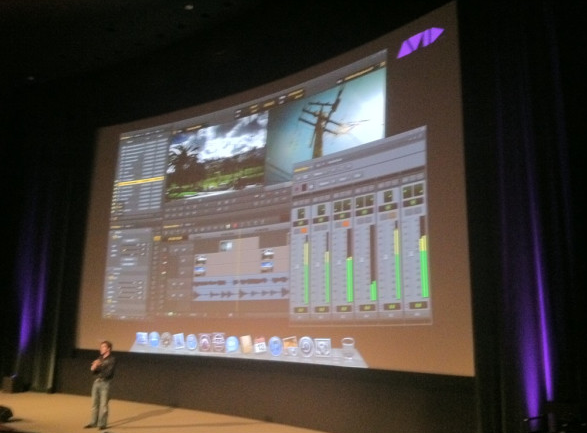 Here’s a pic of what that new user interface for Media Composer may look like. Thanks to @robtheeditor for that one.

@quintessential had a couple worth noting:

#livetoedit I think the new interface scared a lot of folks. Good thing they added, we will not be losing any features…. 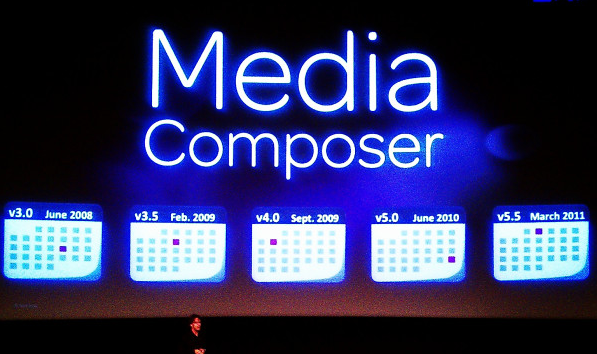 This was the Media Composer timeline that was shown at the event. Makes me wonder when we’ll see that version 6.0! This pic was from @quintessential as well.

And this one is from @jon_w_walker:

This image from pietaricreative really says a lot:

And one more from pietaricreative that shows the new Media Composer UI:

I guess everyone went out to party after that.

(Thanks to ItsMeMegatron for that marquee picture.)