For more than 50 years, ITV has delivered beloved and successful programming to households throughout the United Kingdom. Today, ITV is probably best known for its flagship serial dramas, Coronation Street and Emmerdale, both of which have been on the air for thousands of episodes and found popularity with audiences around the world. Decades of experience with the fast turnaround of these dramas has underlined the importance of efficient production and streamlined workflows. In his upcoming talk at IBC, Martyn Suker, head of production innovation for ITV, will share some of his secrets to establishing superior production workflows.

Adobe: Tell us about what you do at ITV.
Suker: My main focus is to set and continuously review the digital production strategies across ITV Studios. I also support and advise teams for all our productions. Sometimes that means helping a show find the right facilities, developing a new workflow, or helping them maximize the creative opportunities of emerging technologies or techniques, at other times it can mean advising on standard camera policies. 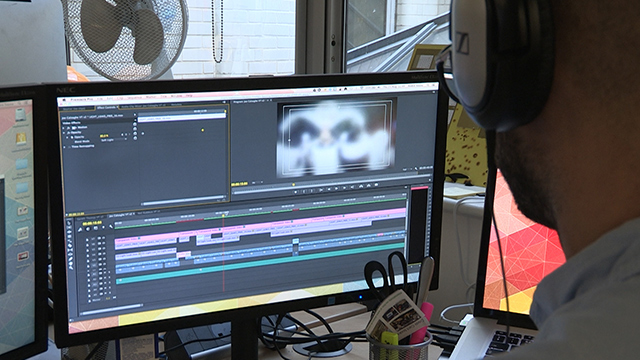 Adobe: What is the production modernization program?
Suker: We’re always looking for ways to improve processes and the way that we work. Right now, our main focus is on how we can simplify our production workflows. It’s not just about swapping out a few pieces of software or hardware here and there. It’s an overarching change program looking at roles and responsibilities, best practices, and the entire production culture. Ultimately, we’re looking to save time and money during production so that we can shift more value on screen.

Adobe: What were you looking for in a solution?
Suker: We were definitely looking for an end-to-end solution. Having said that, when most people speak of an end-to-end approach, they are usually just referring to the post-production process. We look at the entire production process, starting from the early stages of commissioning and ending at the final delivery and archival. Importantly we want to track production information throughout the production lifecycle and wherever possible, automate mundane tasks. It’s about providing a better experience for users all round. 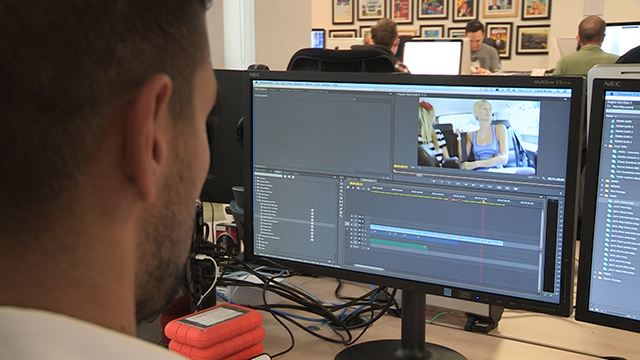 Adobe: How does Adobe Creative Cloud fit in to the production workflow?
Suker: We’ve been using Adobe Story CC Plus on Coronation Street and Emmerdale for quite some time. It’s a big operation; both shows have three or four crews working simultaneously everyday for 50 weeks a year. With such a fast turnaround they need to shoot out of order, so Story plays an incredibly important role in helping us keep track of schedules and scripts. 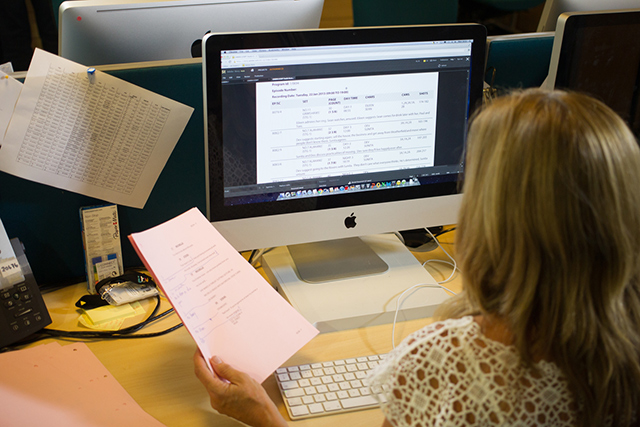 Designers have also been using Adobe After Effects and Photoshop for quite some time, but the two most recent additions to our workflow have been Adobe Prelude CC and Adobe Premiere Pro CC. By adopting an all Adobe workflow it’s possible to take advantage of the built-in integrations, allowing us to work more quickly and effectively.

Adobe: How does MioEverywhere support the production workflow?
Suker: MioEverywhere from Nativ.tv is a highly configurable production information and workflow management system that’s helped us take our workflow to a new level. We used it to build panels in Prelude and Premiere Pro that help simplify data and media management within that part of the process. One of the key advantages of Creative Cloud is the ability to do that type of integration, quickly and simply.

Adobe: How did you decide that the Adobe workflow was right for ITV?
Suker: We want productions to have the ability to choose the right tool for the job. We ran a pilot using Creative Cloud and MioEverywhere to produce a recent drama documentary. It was about ensuring we had the right approach, functionality and capabilities. There are always issues when you introduce something new, but you only discover those issues when you put it into a real environment—an actual production that’s got to meet deadlines and provide quality.

Adobe Prelude worked very smoothly by enabling the production team to log and ingest footage quickly and efficiently. The editor, like most of our editors at ITV, had never worked with Premiere Pro before and it was a complicated edit involving drama reconstructions mixed with archive footage. We proved there were no more issues than you would normally expect with such a complex piece of editing, indeed some things were better. 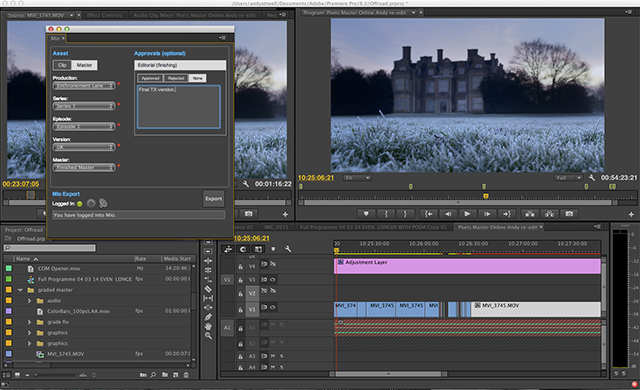 Adobe: What were the results of the pilot?
Suker: Prelude was particularly effective in providing huge time savings during ingest. Overall the benefits were significant and as a result we were able to move investment to on-screen talent. Having a recognizable high-profile leading actor may convince the network to give us a better slot in the schedule, pulling in a bigger audience and in turn, driving more revenue.

Moreover, it proved Adobe does not prevent us from working with other tools. For the pilot program, the producer wanted to work with a particular colorist and dubbing mixer. We just exported the masters, handed them over to the post-production house, re-imported the grade and dub and then finished the program in Premiere Pro. Even though it’s possible to handle everything within the Adobe workflow, we proved it’s also flexible enough to give production teams those options. 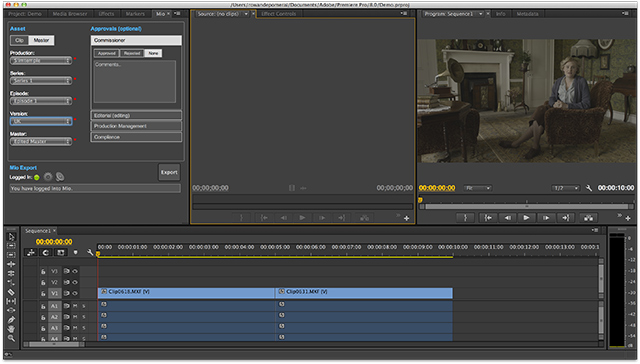 Adobe: Why did you get an enterprise term license agreement for Adobe Creative Cloud?
Suker: We can see opportunities to use Creative Cloud across the company, both in production and with our development teams. We want choice and to encourage staff to experiment with different software within Creative Cloud to provide further benefit. For example, one of our production labels is using Creative Cloud to create content for all its YouTube channels. Using the full range of toolsets within the suite is saving a lot of time and indirectly of course, money.

Adobe: What are the next steps for ITV?
Suker: We got approval for funding based on the success of the pilot, so now we’re ironing out all the details in terms of the best configurations, implementing our learning from the pilot and procuring the right infrastructure to support initial roll-out across the company.

We’re also working closely with production, development teams and editors to get them used to working with Prelude and Premiere Pro. We’re really excited about its possibilities and the opportunities that for example, Adobe Anywhere might also offer in future.