A recent episode of Adorama TV is almost mandatory to watch, if you want to produce your own shows and get everything right. Framework Productions reveals how to transform a brewery in a live studio. 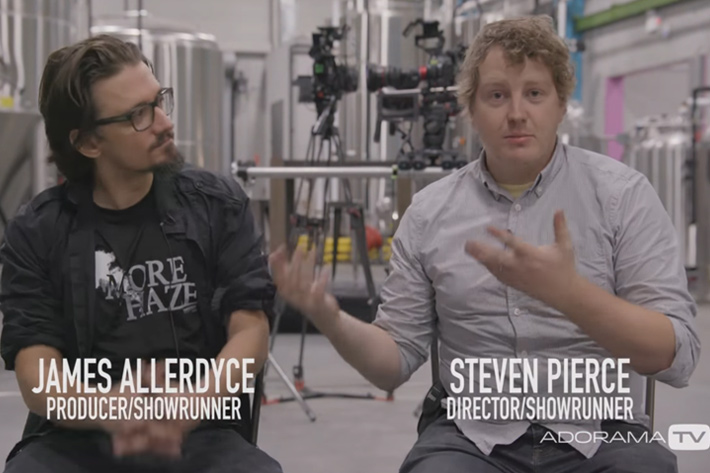 While making the pilot of their TV series Late Night Cap, Framework Productions filmed what can be considered a “survival guide” on how to produce a studio live to tape multi-camera shoot.

Under the long title “24 Pictures A Second, A Pro Video Documentary Series – Part 1: Pre-Production”, the 9 minute video from Adorama TV takes us through all the aspects of pre-production for the TV series Late Night Cap, from Framework Productions. The team works through and gives advice on location scouting, casting, writing, and rehearsals as they move towards creating an in studio live to tape multi-camera shoot.

Producer James Allerdyce and Director Steven Pierce, the creators of Adorama’s Top Photographer discuss the preparation of Late Night Cap, which is a late night comedy series captured live to tape by five cameras. Live to tape means the show is not broadcasted live, but, as Steven Pierce says “it’s live”.

Follow the team at Framework Productions as they work through all the aspects of pre-production while making the pilot for their TV series Late Night Cap. They work through and give advice on location scouting, casting, writing, and rehearsals as they move towards creating an in studio live to tape multi-camera shoot.

The nine minute video is a lesson in understanding what’s important and how to transform, in this case, a brewery into a live studio. It’s not just arriving on location, setting everything up and starting, there is so much pre-production work involved – a lot of it with a tape measure or similar… –  that you’ll be glad if you spend the next nine minutes watching the show. It can spare you hours, pointing to the essential things to get right.

This is part one of the behind the scenes documentary, so keep an eye for the next video, which will cover how to built the set and get the lighting right. Consider it the second lesson in the series.

As for the team at Framework Productions, they also learned something from the pilot episode. Replying to a comment on YouTube, which mentions the need to cast and hire minorities, as the show is about what’s happening around the world, the team answered this: “… we absolutely agree with you about diversity, and a top priority for us coming out of the pilot and moving forward into the series is to do just what you suggest, and add more diversity to the team. Thanks for watching and commenting!”

Don’t miss the next episodes.