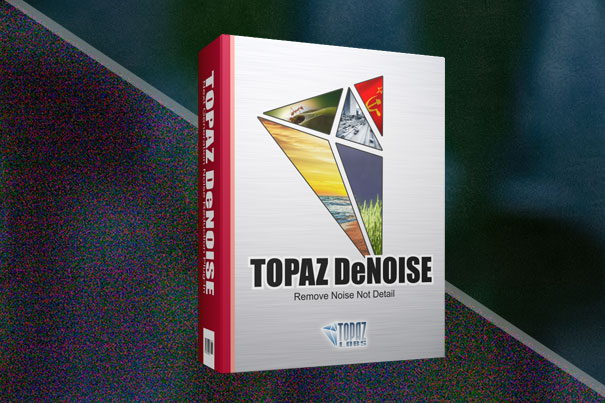 Noise reduction software continues to be a photographer’s best friend, even now, when cameras support high ISOs. Or even more so, as there really are no free lunches.That’s a good reason for Topaz Labs to update their own noise reduction software, which is offered at a special price until March 20, 2016.

Topaz DeNoise 6 is designed to let you shoot anywhere in any light and still get crisp, clear and noise-free images. Specializing in extremely noisy high ISO images, DeNoise removes distracting image noise while preserving image detail, giving you, says Topaz Labs, the image you wanted without the noise you don’t. 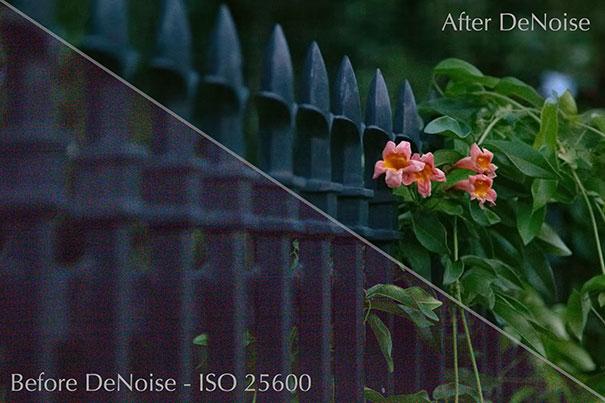 The new version of the software extends what DeNoise 5 already offered and introduces some new options that users will surely welcome. One of them is the fact that Topaz Labs DeNoise 6 can be used as a standalone application, meaning you do not need a host program to use it, although the software still works as a plugin through Photoshop, Lightroom and other programs. 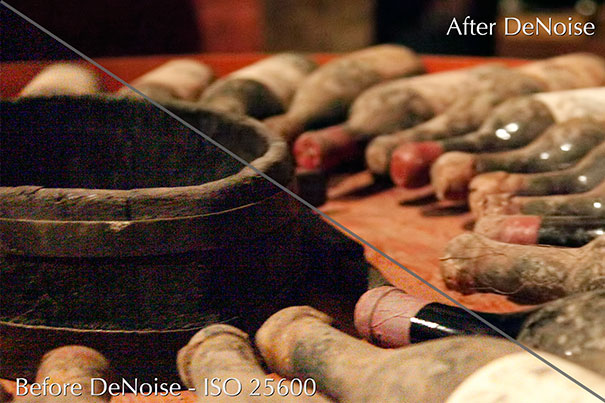 The move to a standalone version follows what Topaz Labs have done recently with some of their other programs. It reflects, I believe, some of the changes in the market, with people exploring alternatives to editing suites, but still wanting to use the plugins they are used to. Instead of having to write the plugin code to work with different host programs, Topaz Labs offers the alternative to use it standalone, freeing users from having to worry about compatibility issues. It also makes the software more of an option to different people, extending the market for Topaz Labs products.

Camera specific presets are a new option in DeNoise 6. The program offers dozens of presets based on various camera profiles, with multiple ISO presets for each camera. Canon, Nikon, Olympus, Panasonic and Sony are the brands present at launch, along with the presets from the own program. It is possible to extend the range importing presets, and even create your own presets and save them. I was surprised to find already presets for the new Canon EOS 5D SR included in this version! 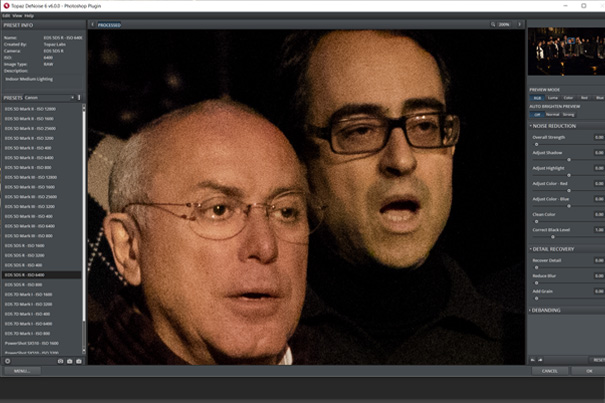 Batch Processing is also available in DeNoise 6, in standalone mode only, allowing you to process a whole folder of images at once. That means no more need for Photoshop actions! This is an interesting feature if you’ve a series of images taken under the same conditions and just want to give them all the same treatment. Topaz Labs DeNoise 6 also offers support for High DPI (4k) monitors in Windows 7/8/10.

For a quick test of the program, I picked some images I took a few days ago with Canon’s EOS 5D SR, at a choir session in a church, and run them through DeNoise 6. As I wrote above, there are no free lunches, and at 3200 ISO the resulting images have noise, especially when light conditions are difficult, what was the case. 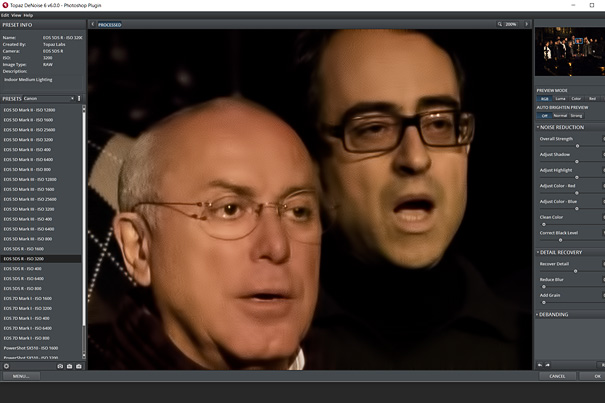 I chose one image and show here the original and the edited picture (above), after a quick tweak of the parameters, starting with a preset for the camera, which is one of the models included in the presets list of Topaz DeNoise 6. I believe the image can be improved with some fine tweaking, but the example here should give you an idea of what is possible to achieve.

Topaz Labs DeNoise 6 is, as usual, free to anyone who already owns DeNoise. The new version costs regularly $79.99, but until March 20 it will be possible to buy the new version for the discounted price of $49.99, that’s $30 off, simply using the coupon code “NOISEFREE”. 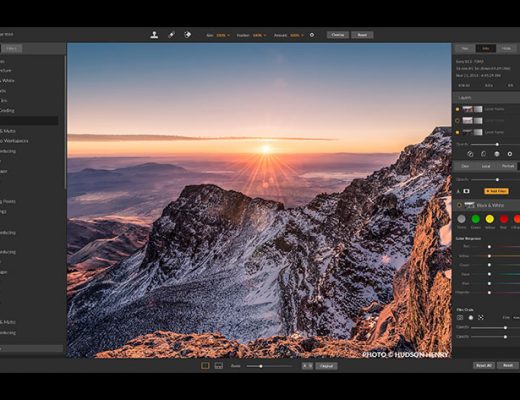 Migrating your photos and settings from Lightroom to ON1 Photo RAW 2019 will soon be easier. The new version... 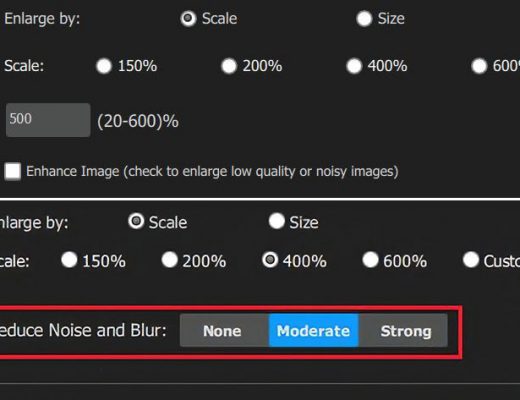 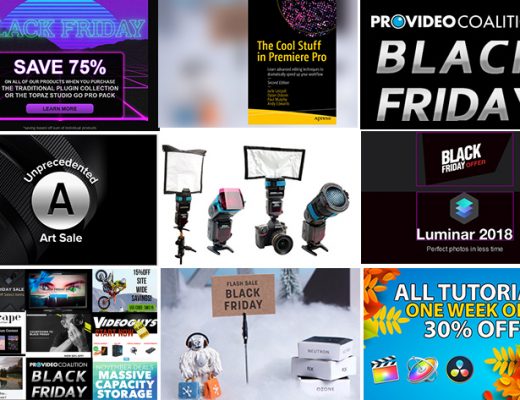 We are aware that not all deals are viable everywhere, but due to the characteristics of modern day trade,... 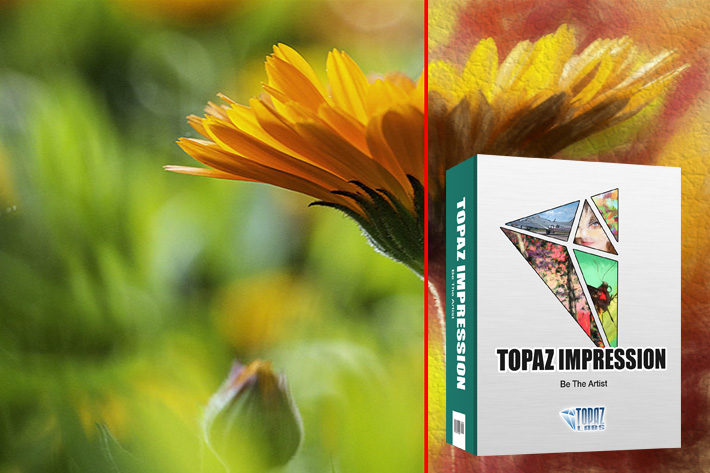 Topaz Impression 2 aims to relate its users to names as Monet, Van Gogh, and Cezanne, by giving them...