In a world where tape is disappearing, how do I inexpensively backup all my data shoots?

I’m going into a RED shoot this weekend and I’ve realized my hard drives are full. Now what?

Also, while I have several portable bus-powered drives that are small, solidly-made and easy to bring on set, they all have Firewire 400 connectors–and that’s turning out to be way too slow for both P2 and RED work.

A producer I work with, Luke Seerveld, picked up an interesting method of backing up footage from editor Chris Fenwick: he uses a Wiebetech ComboDock. 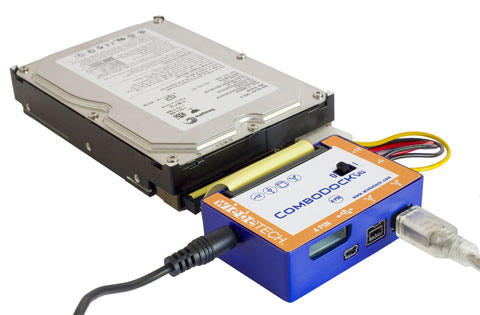 Rather than buying expensive external drives or a tape backup system, he buys cheap internal hard drives at Fry’s Electronics for $80 a pop and uses them to archive raw P2 or Firestore footage. The ComboDock attaches directly to the drive with an IDE ribbon and power cable and connects to a computer using Firewire 800. When done copying, Wiebetech sells inexpensive ($5) drive enclosures for storing the drive in a safe place.

This may not be the most reliable form of backup in the world, but when I can’t get into a reputable and reliable tape backup drive for less than around $3000 this method looks pretty darned good. It might also be a handy way to store and transport data from the set to post (if the drives are handled VERY carefully, as they should be anyway) because the high data transfer speed makes a huge difference in the amount of time I have to sit around after wrap waiting for data to copy.

I’ll keep my inexpensive Firelight portable drives for quite a while longer as they are a great way to get copies of final projects: I mail them to the editor with an SASE and the editor mails them back at their leisure. But I see very few portable inexpensive drives with Firewire 800 capability, and for medium-term backup internal hard drives are so cheap they might as well become part of my backup system–which is, at the moment, entirely hard drive based anyway. 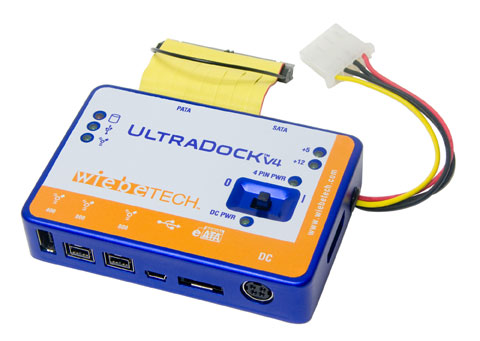 I’ve ordered the Wiebetech UltraDock v4 along with a couple of storage enclosures for my next project, to be shot on the RED this weekend. I need to clear some space on my RAID in order to tweak footage and this seems to be a very quick and inexpensive solution. I’ll report further when it arrives.