In 1965, Gerry and Sylvia Anderson introduced the world to adventure, excitement, and a whole new aesthetic look with the classic television series, Thunderbirds. Audiences gathered around their televisions to follow the adventures of International Rescue, led by the Tracy family and their fleet of advanced Thunderbird machines. Combining marionette puppetry and scale-model special effects, Thunderbirds is still one of the best examples of “supermarionation” ever seen on screen.

In 1965, Gerry and Sylvia Anderson introduced the world to adventure, excitement, and a whole new aesthetic look with the classic television series, Thunderbirds. Audiences gathered around their televisions to follow the adventures of International Rescue, led by the Tracy family and their fleet of advanced Thunderbird machines. Combining marionette puppetry and scale-model special effects, Thunderbirds is still one of the best examples of “supermarionation” ever seen on screen. 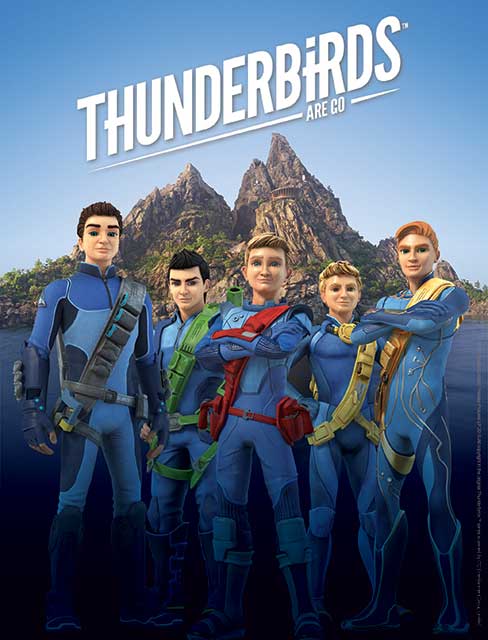 Adobe: Tell us about Thunderbirds Are Go.

McAra: Thunderbirds Are Go is a reimagining that is definitely full of love for both the original Thunderbirds and Gerry Anderson’s legacy. A lot of us working on this project grew up watching Thunderbirds, so we’re trying to keep the heart of the story. Even though we’re updating the characters to CGI, the movements are more stylized than naturalistic, which should remind fans of the show’s puppet roots. We’re also mixing the computer animation with lots of fantastic miniature and model work that pays tribute to the original show.

Adobe: Who is involved in bringing Thunderbirds Are Go to life?

McAra: We have studios from all over the world working together to bring this show to life, so it’s quite complex logistically. ITV Studios and Pukeko Pictures are co-producing the show and all of our computer animation is handled by CGCG, a CGI animation company in Taiwan.

One of the biggest challenges for this project is the miniatures. Miniatures are unfortunately becoming a lost art, but thankfully we’re able to work with Weta Workshop. It’s one of the few companies that can do really high-quality miniature and model work, which made it a great fit for the show. 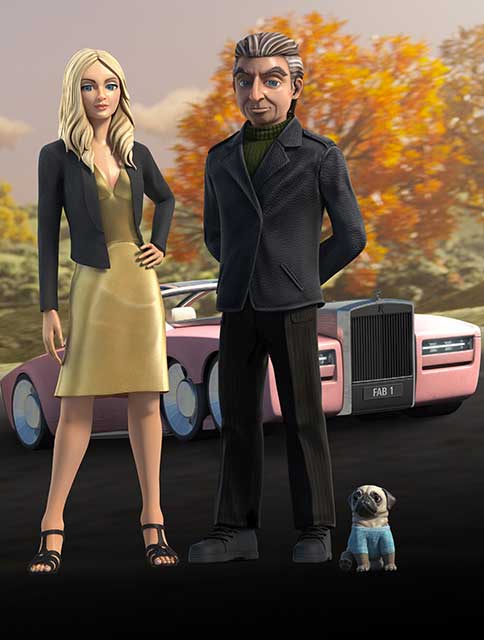 Adobe: How is Adobe Creative Cloud used in the workflow?

Cox: Adobe Premiere Pro CC is really the axis of our production. Every step revolves around Premiere Pro. We also use Adobe Photoshop CC and Adobe After Effects CC throughout previsualization to create simple elements or rough comps for post-visualization folks. I did a rough edit of the opening credits in After Effects, for example. It’s so much easier to translate what we wanted visually rather than trying to send emails back and forth just describing the look we needed.

Adobe: How is each episode made?

Cox: Planning is important for every show, but what we’re doing for Thunderbirds Are Go is unlike anything we’ve ever done before. We’re working with so many elements that we plan everything very carefully and double check all of the work along the way. We start with previsualization, using Maya to render scenes and assets. We shoot the live action plates and use Adobe Premiere Pro to cut together all of the rendered scenes with the pre-recorded dialogue. We even add temporary sound effects and music. The previsualization is the template for every other element in the production, so it should look and sound as close to the final episode as possible.

Once the previsualization is complete, we can move on to post-visualization. Using the XML output capability in Premiere Pro, we translate the work that we’ve done back into Maya to generate detailed assets, rigs, and camera placements for each shot. The main job of my assistants is to make sure that everything lines up perfectly before passing off the data for animation and lighting. We bring everything back into Premiere Pro before the final comp, which is done by a company called Milk in the U.K.

We generally work on two episodes simultaneously, and it takes several months to complete a 22-minute episode. 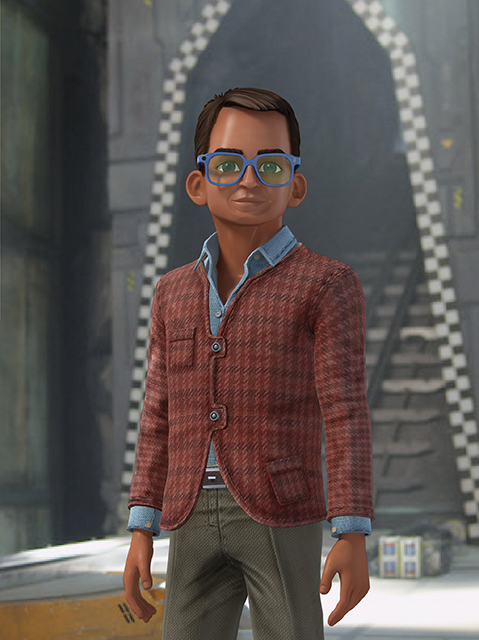 Adobe: How did working with Adobe Premiere Pro benefit the workflow?

Cox: Adobe Premiere Pro is incredibly good at accepting any type of content, no matter what the format or whether it’s online or offline. We don’t need third-party apps to ingest media, which really saves us time and hassle. We can bring in DPX images sequences and put them above the ProRes layers in Premiere Pro so we can quickly make sure that everything is lining up correctly. When we’re working with so many elements at once, even a slightly mistimed cue can take a lot of effort to unravel. It’s incredibly important that we keep everything exactly where it needs to be. The Media Browser makes it even easier to view rushes and pull in the footage that we need live.

McAra: Another huge benefit that I’ve seen has simply been the ability to manage everything through Premiere Pro. We’re dealing with groups in completely different countries and time zones – New Zealand, Taiwan, and the United Kingdom. Without all of the information for the episode in one spot, we could waste a lot of time trying to track down all of the elements and vendors. 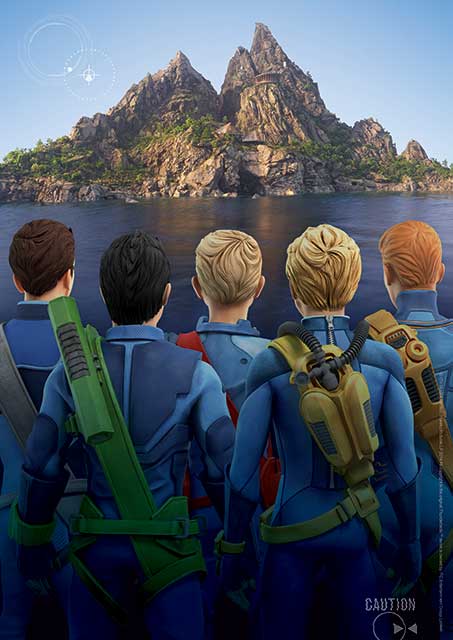 Adobe: Where can we see Thunderbirds Are Go on TV?

McAra: The show first premiered in the UK with an hour-long episode special on ITV on April 4, 2015, and is now airing weekly on Saturdays at 8 AM on CITV. Thunderbirds Are Go also premiered with hour-long episodes in New Zealand on TV2 and in Australia on Go! on April 12, 2015.  It now airs Sundays on TV2 at 7 PM, and Sundays on Go! at 6 PM.