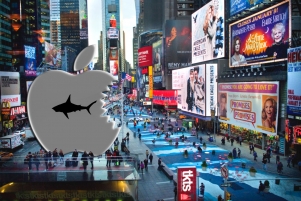 We are just two weeks away of the explosion of Sharknado phenomenon and Syfy is working on the sequel. The social media impact of Sharknado has been so strong with only $ 800.000-1 million production budget. Syfy has already announced a contest among the fans for the best tagline for the sequel.

Sharknado 2 could really become a great transmedia project if Syfy will be able to develop a strategy around the movie.

But what are the real opportunity of Syfy?

Let's suppose for a while to be the executive producer of Sharknado and to have run the contest among the viewers.

The sequel of Sharknado with a strong awareness earned with the first movie and with a creative transmedia strategy can leverage the power of the impact of a brand born in a few weeks.