New media is transcending the old in many ways: from consumption to production. Now we are leaning forward and engaged with blog-posts such as this, with each other through social networks and with video at the tips of fingers. Truly a post modern phenomenon, our nail-tips are no longer our Rubicon. Yes, we extend ourselves  through them, whether surfing or gaming or…more. A new medium that is responsive  to that which is on our screen at the time also represents a new way of film making, this new medium is called machinima. It is film making for our flexible, highly targeted and high concept world, and resonates greatly with our digitally sensitive universe.

The Numbers – Machinima Channel on Youtube (culled in May 2013)

Machinima, it’s a lovely four syllable word that rolls off the tongue beautifully. And it’s a word which has crept into the public’s mental zipper by virtue of some huge numbers and stats.

Look’s amazing no? These are numbers that make broadcasters, production companies, and anyone else in the traditional TV value chain salivate and seem almost absurd.

But let’s clear some things up. There is a rather large difference between Machinima the art form and the website machinima.com – and their Youtube Channel.

Machinima.com is a programming movement that captures the hard-to-reach 18 to 34-year-old male demographic. Most of the content on their YouTube channel, which is the largest pure entertainment site on YouTube, is live action with an investment by Warner Brothers and lots of advertising by the US military among other brands looking for the young males to recruit.

The majority of the content on the site is highly targeted, and there are loads of videos of first person shooter games which have been lovingly captured by the folks playing them or first person voice over videos – ranking and goofing off on the video game action. And with many times a better, funnier narrative and inside joke kind of feel which increases the appeal to this audience too.

Machinima.com has really delivered to its core audience, and beyond that it doesn’t have to go. This is a prized demographic, one that does bring in advertising.

After all, the global gaming industry is slated to be worth close to $82 billion by 2017. It’s a serious player in terms of competing for leisure time against TV and other forms of entertainment.

However, Machinima is also a video medium and film art form, one that has tremendous reach and scope as we will see. Machinima, a portmanteau of machine and cinema, is generated through screen capture devices creating a whole new indie movement. One that has both great art and commercial applications.

We are comfortable today playing video games… and characters let us project ourselves into their action, and thus it becomes our own – whether shooting a virtual basketball or searching for treasure.

This familiarity enables an acceptance of this game engine medium when we play it. It also becomes part of our mental imagery which we take away with us in a new form of animation – one which we are living through beyond the flat comic book or even graphic novel.  And there is more to the game engine platforms than this first person experience, whether as a shooter or a member of a virtual world community.

Origins of this medium came from 1996 and the game Quake from a group who called themselves The Rangers – who made a video called DIary of a Camper.

It is considered the first piece which transcended and is known as the first real Machinima film.  “Diary Of A Camper” incorporated a storyline and characters, moving away from what the intent of the screen capture was originally for, to record spectacular kills. This piece of film was the first step in the creation of the community which began to form around Machinima. We were gamers yes…  but also saw the incredible potential for film making.

In a way similar to the different direction that Machinima.com takes, which is to bring a lot of commercial content by major studios to the eyes and ears of their target demographic.  The predominantly male audience of Machinima.com are gamers and understand the lingo, (after all they created it).

Those who are using this medium for animation and advanced art and storytelling, in the film making realm of Machinima are doing the same in reaching their demographics.

And what an incredible new realm this turning out to be lately:


Machinima as an art form will undoubtedly rise in the decade; the low cost of screen capture and game engine programs means low barriers to access. While low barriers to access means that more people can utilize them, being able to deliver great content will still depend on your being a nascent Truffaut or Fellini. Not your Uncle Moe filming your niece's birthday party, which has some meaning for you but not much outside your immediate family perhaps.

There are many different platforms now to make an animated film on and it’s in this sort of nascent stage that new talent is gripping the levers. It is like the way old instamatics and camcorders opened up a new accessibility to the visual arts.

Machinima is a great tool incorporating screen capture programs within your virtual reality. This can make real cinematic experience – and Machinima is film making… make no mistake. The characters, or actors, are avatars and you control them, giving you greater control over the action and greater responsibility.

For this is the cartoon house that you can populate with your own take on everything.  Want to create a mini-Addams style gothic house and have everyone act out your last birthday party – no problem!

Though you will find each engine offers pluses and minuses to what your particular style is – the many different engines means that you have a large choice over what suits you. You being the ubiquitous director, and so you can find your strengths working with something like iClone which lets you pre-determine everything, or Second Life – where the range of assets might be larger but the avatars movements are more difficult to control and take greater skill.

Machinima is a form of real – time animation that is unfolding before your eyes – it’s done on a computer yes but it is not strictly CGI – the assets are virtual and exist in a library that you can buy and/or access. You can design your entire set in a 3 Dimensional environment and shoot from any angle, it does not have to be drawn or rendered for each shot.

Machinima will also continue to rise because the tools of creation will become easier to use, less expensive and more ubiquitous. Some examples are iClone5 which is a real-time 3D animation tool with digital actors, environments, visual effects, drag & drop editing, powerful physics and Microsoft Kinect-ready motion capture; designed for rapid production, creative education and cost-effective pre-visualization. The library is fixed but you can get expansion packs. You can start up for under $200.

Yes it takes the concentration of a geek ninja, but you can master this stuff if it becomes your obsession. There are new game platforms gaining strength all the time now.

Unity3D, a platform upon to build 3D environments that can load right to your browser is also a great and exciting development. There is no built-in function to export the scene as a movie. Unity is a game creation tool, not a movie scene builder.

As awareness of the medium grows which it is bound to do, this democratization of animated film making can reach more people – who have ideas about the films they want to make and need. Educational and instructional videos are a great area for this medium certainly as more courses begin to go online.

Machinima is fast, approachable and low cost. And with more awareness you get more people who want to be able to craft their own films. (Certainly this happened with the rise of the camcorder) – YouTube created a fantastic distribution system too, which made the video revolution possible.

Over a billion unique people worldwide view YouTube videos each month. As uploads to views go it’s about 17:3 in other words, many more people watch than create.

This means the demand for new and creative video is unrelenting. When the SuperBowl shows commercials made by the folks at home, user created content is only going to grow and having more tools in the arsenal of possible gives us ability we didn’t have before.

You might need a blonde bombshell or a redheaded freedom fighter for your film yet they are difficult to get. Plus you need to audition them. And what about the costs of hair and makeup, which can be a disaster on humid days. In fact the weather is always what you want it to be, in an animated Machinima landscape!

You might want a talking pony or a singing anthropomorphic wolf – again not easy to get for your film if you put an ad on craigslist – but completely available within the world of the game engines you might use.

Any platform upon which  you can capture what is happening on your screen means you can create a movie – All kinds of software that is again easy to use and relatively inexpensive can be utilized as screen captured “raw Footage” Google Earth, Sony PlayStation, Xbox, Nintendo, LittleBigPlanet, Halo, OpenSim, Unity3D, Second Life, Habbo etc.

Story and character development will never become unimportant though. Vital to connecting with the people who will press play is creating a contract with them where you don't let them down. So they keep watching, so they share and so they come back for more.

With all eyes to the future, this is the field to watch. We are global, share a common goal and those of us involved with Machinima as a medium are in a growing phase of the Internet that will be constantly changing the way we look at storytelling, and deliver those stories to you.

Pooky Amsterdam from NYC, USA and Richard Kastelein from Groningen, Netherlands co-wrote this piece together. 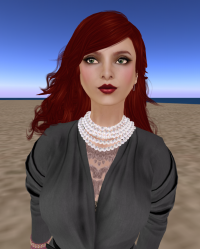 Pooky Amsterdam, CEO of PookyMedia.com has been working in the field of  Virtual World Entertainment and TV for the past decade. The producer and writer of thousands of shows over this period, she is a leader in this field.  Since 2008 she has been a driving force for using Second Life as a media platform. With a portfolio of work credited to the PookyMedia team, the films she produces portray a full range of genre from Music and fashion to educational films. Recently PookyMedia has been working on more Public Service Announcements for the State of California and are creating commercials for new product launches. 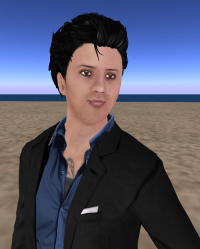 Richard Kastelein is the founder of TV Hackfest London and San Francisco and publisher of TV App Market. An award winning publisher and futurist, Kastelein has guest lectured at MIT Media Labs and has helped broadcasters such as the BBC, NPO, RTL, Eurosport, NBCU, ITV, and others with media convergence strategies. He sailed around the world in his 20′s spending ten years in the Caribbean working in print media and the boating industry as a professional sailor before returning to Europe where he now lives in The Netherlands and works with various startups via his extensive global network.

They are mulling over the idea on doing machinimathon.com together.