24 hours with the camera.

I need a battery—just a single battery in that camera’s battery compartment. Twenty-four hours before the official announcement of Sony’s new FX3 and I did not have a single battery to power the recently arrived camera. Luckily for me, I headed over to my buddy’s rental shop, Contrast Visuals, and bummed a couple of A7s III batteries to get me through my review of the Sony FX3. Crisis averted. 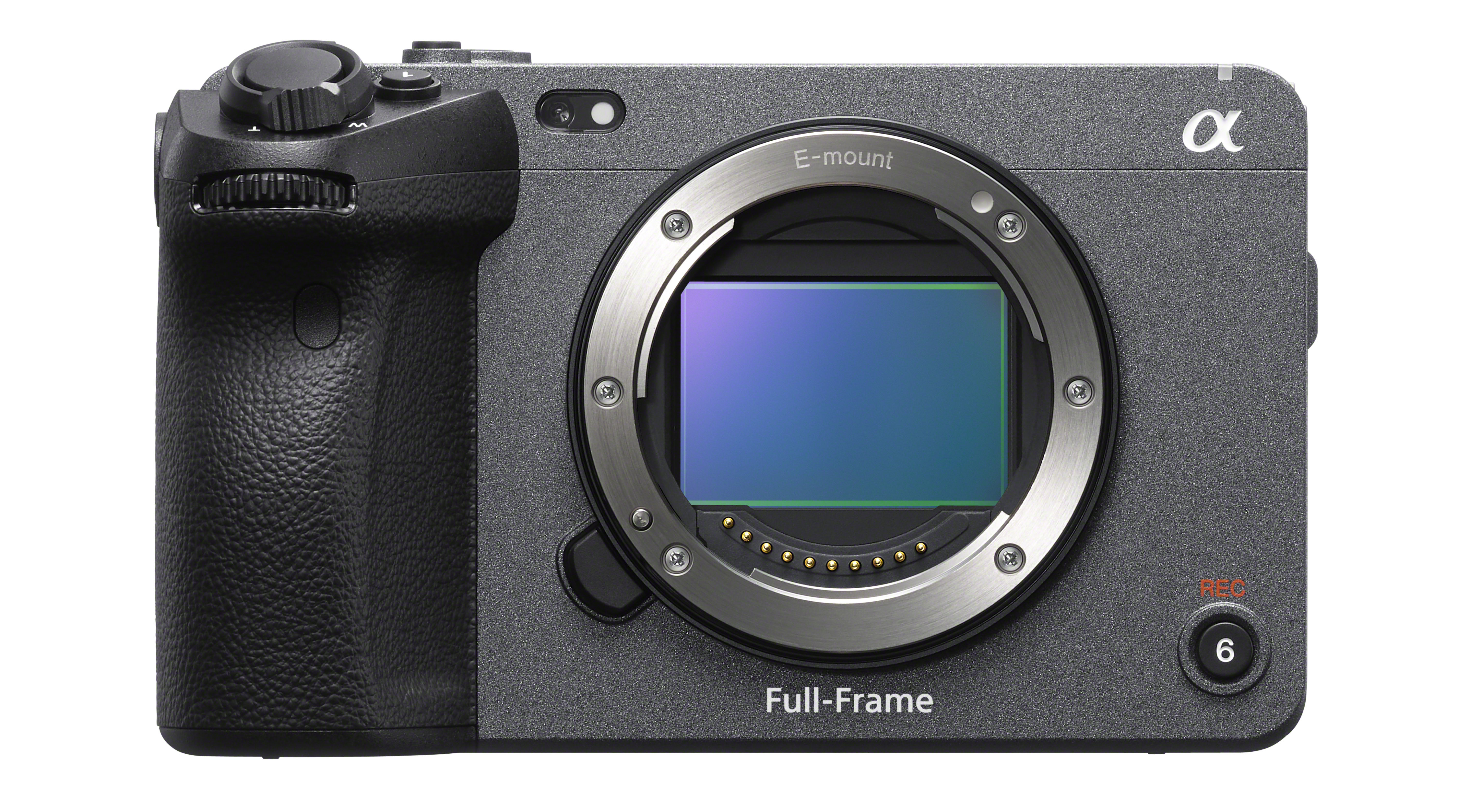 This is a quick look at the new Sony FX3, the often rumored and very NDA-breaking shared camera on the internet. By the way, I do not know who broke Sony’s NDA, but I have a feeling Sony will find out. Back to the topic at hand, the Sony FX3.

As you previously read, the Sony FX3 is in my hands, and I have about a day’s worth of experience with it. My immediate impressions are here. If you want to read the full news announcement about the Sony FX3 then jump over to Jose Antunes post here.

The FX3 is the video version of the A7s III. They share the same sensor and processor and features like IBIS and 4K 120fps. On paper, the FX3 and A7s III match up wonderfully; in my hands, the new Sony Cinema camera is a bit of a different story.

First off, the Sony FX3 makes shooting incredible footage a picnic. Features like the touch-screen, tracking autofocus, and 5-axis stabilization help creativity come a little easier. If you shot on any mirrorless or DSLR, then the dials, wheels, and buttons will feel in place if a little better thought out on the FX3 than other models.

On the right side of the FX3, your hand has immediate access to all necessary settings and menus. Three critical settings have dedicated dials and wheels. I’m writing about settings like ISO, Shutter, and Aperture. Sony also offers users buttons for ISO, Shutter, and Aperture to hold the button down for a second and turn the auto feature on for that setting or vice versa. I find it pleasant to change these three features to auto with a button’s touch instead of a quick menu dive. Quick menus are great, but who wants to stop shooting to find a hidden setting feature. 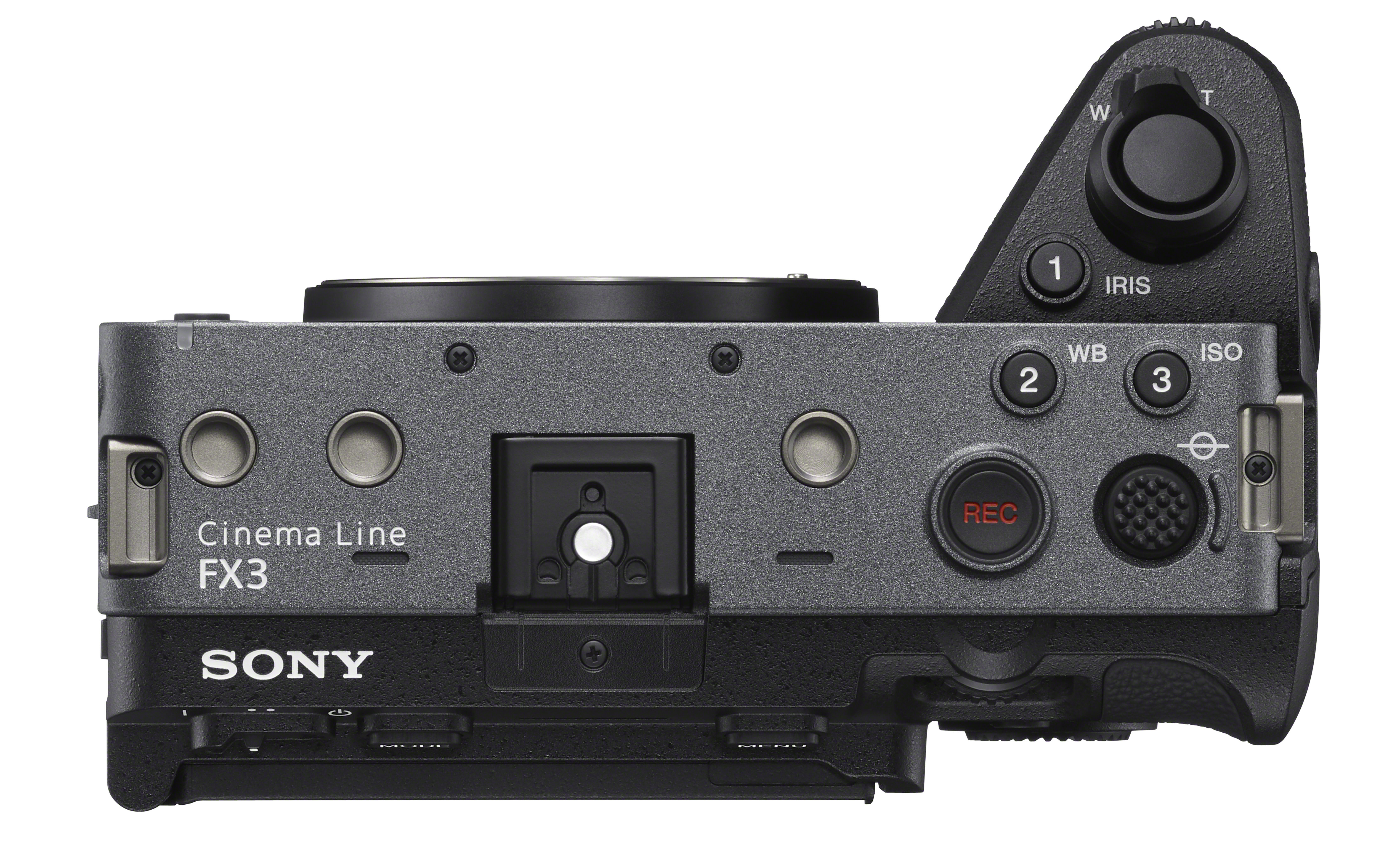 The zoom rocker is another feature I find curious. The rocker does not work with the Sony supplied 24-105 lens. I will guess the zoom rocker works with Sony’s cinema zooms like the Sony FE C 16-35mm T3.1 or the Sony FE PZ 28-135mm f/4 options. In those cases, the zoom rocker becomes useful because it allows you and your two hands to stay where they need to stay, and that’s on the camera.

The way I see it, and again, only had the Sony FX3 for a day, Sony wants you to keep your hands on the camera as you shoot. The layout of the buttons on the right side of the camera makes it easy to change settings quickly. This right-handed setting button dedication by Sony allows a shooter’s left hand to cradle the Sony FX3 under the camera’s body and within reach to change one’s focal length smoothly. 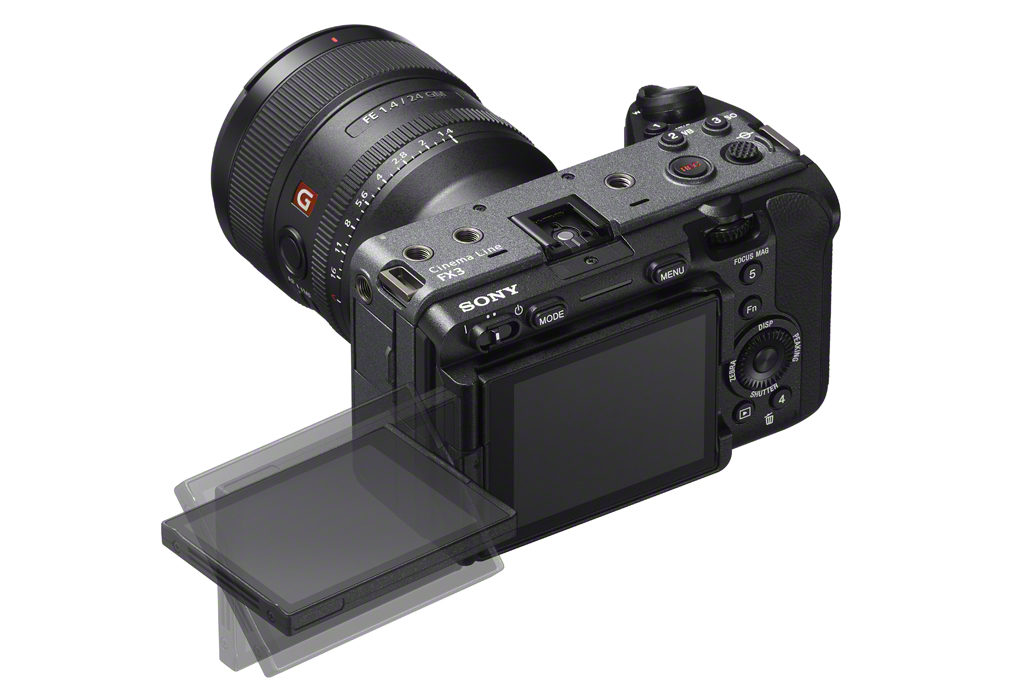 What separates the FX3 from the A7s III is the video-ness of the FX3. Take a look at the camera, and you will find two dedicated vents keeping the FX3 and its sensor cool. These fans, of course, allow you to record 4K continuously without the Sony FX3 over-heating. Now, if you’re in a hot environment, you might experience overheating. The cooling vents and airflow give the FX3 a little thinker body than the A7s III, but the FX3 still feels good in the hand.

The in/out interface on the Sony FX3 is covered by doors shut with a reassuring pressure textured feeling. It’s hard to describe, but you can tell a door is closed and won’t accidentally open on you. It’s the details for me, and this detail makes me feel like water and dust will stay out if those doors are closed.

The Tally light is a detail done right by Sony. On the FX3, we get not only the red square around the LCD screen when recording but a dedicated wide thin red LED above the LCD screen. Sony did not stop there either. The FX3 has a record indicator outlining the top record button and the camera’s left front corner. I know this is a small detail, but if I’m rigging a camera, I want to see its recording if I can’t see the LCD screen. This camera was designed for solo shooting, and the addition of multiple ways to see you are recording is just one example.

One day with a camera is not enough time, but this is just a start for me and the FX3. I mean, I didn’t even have time to take my own photos of the camera. I’ll be back on PVC after I finish my full review of the Sony FX3. 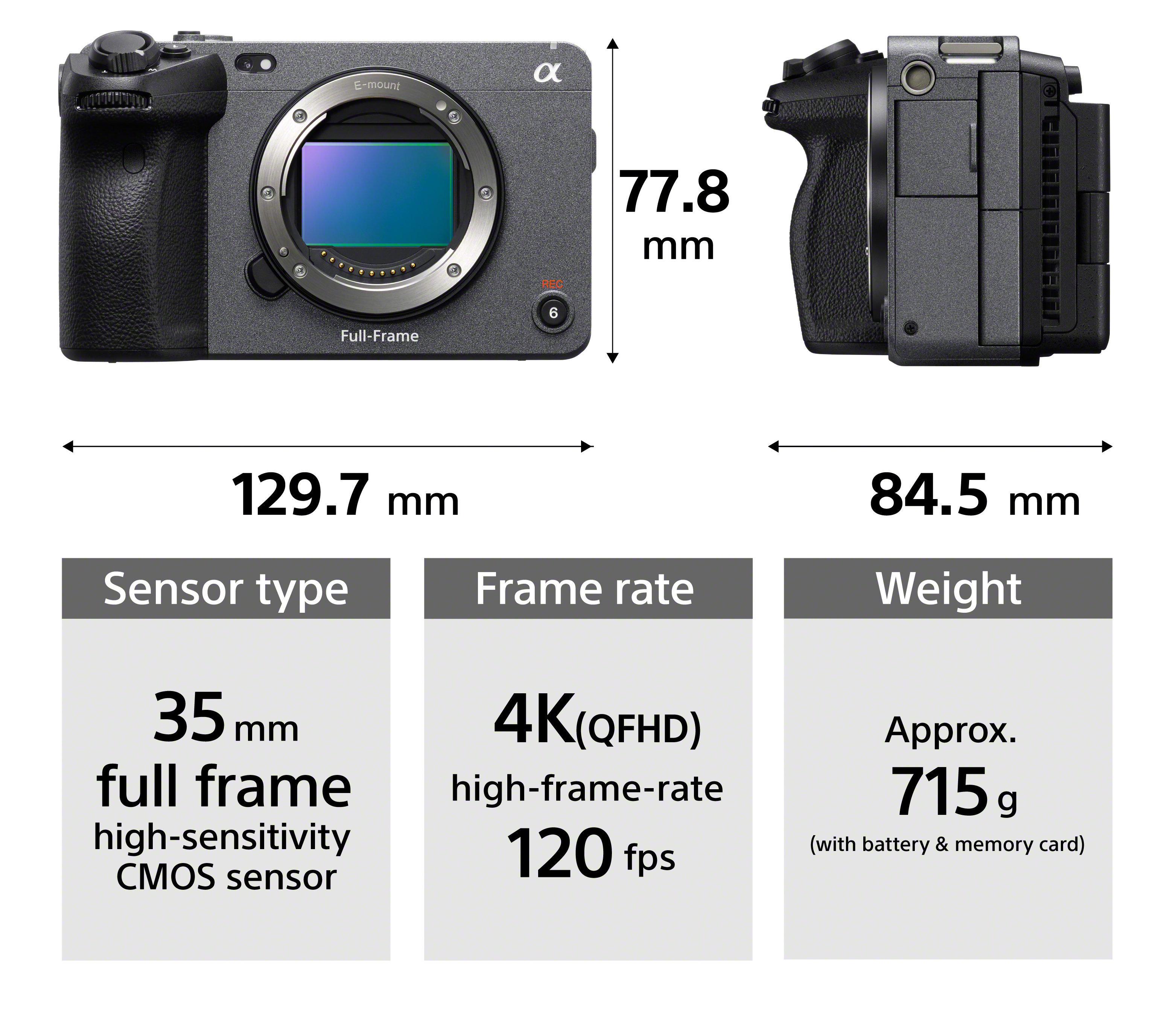