It was a great experience to produce my first indie song.

I am not a musician, but I recently endeavored into producing my first song. The song is bilingual, educational and makes a parody to debunk the same coverup I have covered in some of my books. The title of the song is somewhat long, since it’s bilingual: Let it be called Castilian — Debe llamarse castellano. Those titles also match part of the chorus of the new song. It contains my voice plus the one of a female Spaniard singer/voice-over talent named María Esnoz. In this article, I am going to describe the process of creating the song remotely, including the final mix done by Chris Curran in Colorado in the US. Then I’ll discuss the distribution. 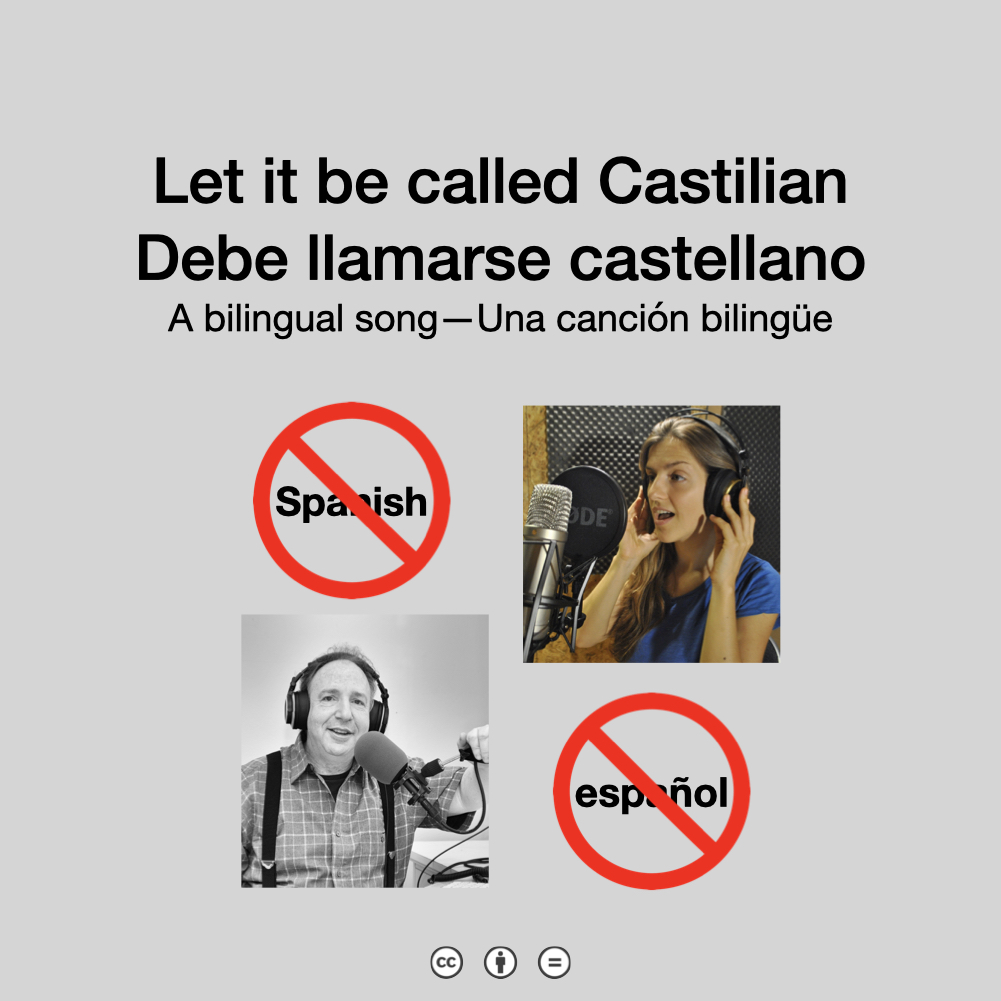 From Coral Gables/Miami, Florida, US, I created a Google Doc with columns and timecodes of the original song. Each column was assigned to include the original lyrics, the new lyrics for me and the last column for María’s new lyrics. The idea was to come up with words that would transmit my message while matching the timing and melody of the original song, especially the chorus. When I had finally finished the lyrics, I removed the column which had included the original lyrics and I shared the Google Doc with María (the singer and voiceover talent) who then performed her sections from her location in Madrid, Spain.

I recorded my portions using the RØDECaster Pro (shown above, covered in many past articles and a review)

…using the Maono PM500 microphone (the most recent studio microphone I have reviewed to date), although Chris Curran had to equalize quite a bit to make my voice “fit” with the music, since the PM500 strongly emphasizes the bass. (More about Chris’s role ahead in this article).

As always, I recorded at 48 kHz (see 48kHzAlliance.com) to Hindenburg Journalist Pro, my favorite multitrack audio recorder for conventional computers (i.e. macOS/Windows), which I have covered in many articles.

María also recorded at 48 kHz/24-bit using a RØDE microphone but I don’t have the exact model number or the preamp as of press time of this article. It looks like it might be an NT-1. (I reviewed the black version of the NT-1 in 2018.)

After I received María’s raw WAV files, I edited with Hindenburg Journalist Pro for content and timing. As you’ll see, the background music, María and I were all on individual tracks. Then I exported the uncompressed, flat 48 kHz 24-bit from my track and María’s track separately as mono WAV files to send to Chris Curran for him to perform the final EQ, compression and mix, together with the musical bed which was 48-khz 16-bit. The idea was that the three uncompressed WAV files  were independent yet time synchronized, since Chris and I don’t currently use the same multitrack audio editor, aka DAW (desktop audio workstation). 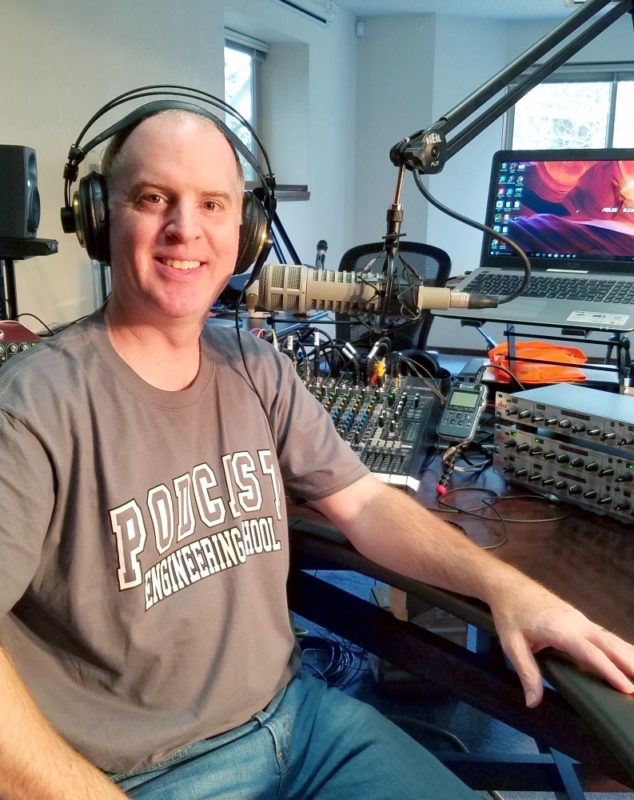 Chris Curran has been on staff at some of the most prestigious music recording facilities in the world: The Hit Factory, The Soundtrack Group, and Quad Recording. His many album credits include being engineer, producer or assistant engineer roles on projects with Foreigner, Sarah McLachlan, Jeff Buckley, MC Hammer, Itzhak Perlman, Naughty by Nature, Ice Cube, Philip Bailey, Biohazard, Biggie Smalls, Puffy, Heavy D., Helmet, Monster Magnet, Orange 9mm, Nuno Bettencourt, Onyx, Quicksand, Savatage and many others. Chris has also been a frequent guest on my BeyondPodcasting show.

He did the mix and mastering using Reaper as his multitrack audio editor and the following plugins:

I accepted Chris’s second mix, since the first one had too much reverb and artificial distortion for this type of a song. The second mix (to me) is perfect.

Until September 22nd 2021, the song will be heard exclusively on my online radio shows and podcasts CapicúaFM (already published) and BeyondPodcasting (in a pending episode). Starting on September 22nd, the song will be made available free via CC (Creative Commons) Attribution-NoDerivatives 4.0 International (CC BY-ND 4.0), which requires only attribution and playing of the song in its entirety. Media organizations including podcasts, radio and TV stations may request the uncompressed WAV file and/or the audiogram version using the the form listed in the press release, and are also welcome to interview me about the song or the project.

Here is the already published CapicúaFM episode which is an embedded AAC-M4A file:

The bilingual song starts at 3:45 but feel free to listen to the whole show if you understand Castilian.

It is also in BeyondPodcasting:

…where the show is all in English.

As a non-musician, producing my first song has been exhilarating and fulfilling. It is great to work with such great people like María Esnoz and Chris Curran. I am delighted to see all of the positive audio feedback clips I have been receiving from the first episode where I published it, and I’ll be publishing that audio feedback in upcoming episodes of that show, CapicúaFM.

Some of the other audio equipment manufacturers and software listed above have contracted Tépper and/or TecnoTur LLC to carry out consulting and/or translations/localizations/transcreations. Many of the manufacturers listed above have sent Allan Tépper review units or NFR software licenses. So far, none of the manufacturers listed above is/are sponsors of the TecnoTur, BeyondPodcasting, CapicúaFM or TuSaludSecreta programs, although they are welcome to do so, and some are, may be (or may have been) sponsors of ProVideo Coalition magazine. Some links to third parties listed in this article and/or on this web page may indirectly benefit TecnoTur LLC via affiliate programs. Allan Tépper’s opinions are his own. Allan Tépper is not liable for misuse or misunderstanding of information he shares.