The year of free, online educational conferences continues to roll along with the 2021 FCP Global Summit running from November 8 – 13. This is another event put on by the folks at FMC and after a couple of years of most all conferences going online and virtual they’ve built out a really nice platform for these events. 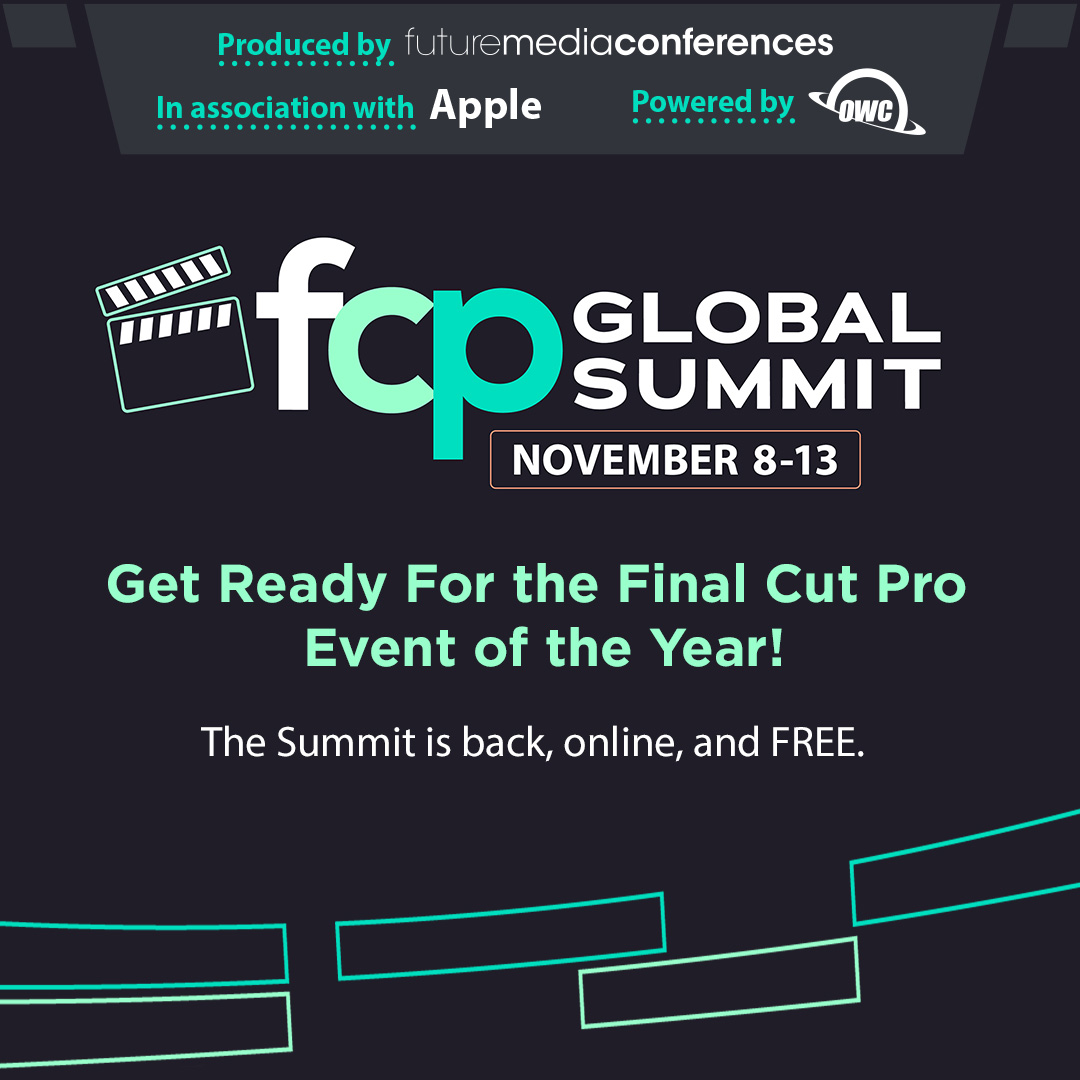 While the FCP Global Summit is obviously focused on all things Final Cut Pro there are things of interest for the non-FCP editor and general content creator as well. Sessions about audio, mobile filmmaking, podcasting, and legal are just a few of the topics that will be covered. Of course, FCP will feature prominently as well with sessions covering almost every aspect of the app. Hollywood star Vince Vaughn will also be part of the summit with a keynote discussion called Summer Stories in Chicago with Vince Vaughn as well as a Saturday evening panel discussion to wrap up the event. For those that don’t think Final Cut Pro is working at the highest levels of Hollywood, there is also a discussion called Blood Red Sky: An Interview with the Editor, Knut Hake about the Netflix film Blood Red Sky.

I’m happy to be teaching a few sessions as well:

You can view the entire program and scope out what sessions you might want to attend. One thing you might notice is that the conference schedule runs into the evening with some large breaks in between. This is a unique idea in the virtual conference world and it’s done as a way to combat Zoom fatigue in addition to letting those who need to do some real work during the day get (at least some) of that work done. I appreciate these new ideas in virtual conference scheduling. Apple will also be presenting with a dedicated Apple Day on Friday, November 12.

Believe it or not, there are still folks in 2021 who do not think Final Cut Pro is capable of whatever post-production tasks that one might throw at it. I would encourage those to sign up for the Summit and sit in on a few sessions. You might even win a prize. If you want to pony up $149 you can get the VIP bundle that includes access to the recorded sessions from this Summit and others as well as some other training goodies. You’ve got nothing to lose and perhaps a lot to gain as you can see FCP is a very capable and fun-to-use editing and post-production tool.