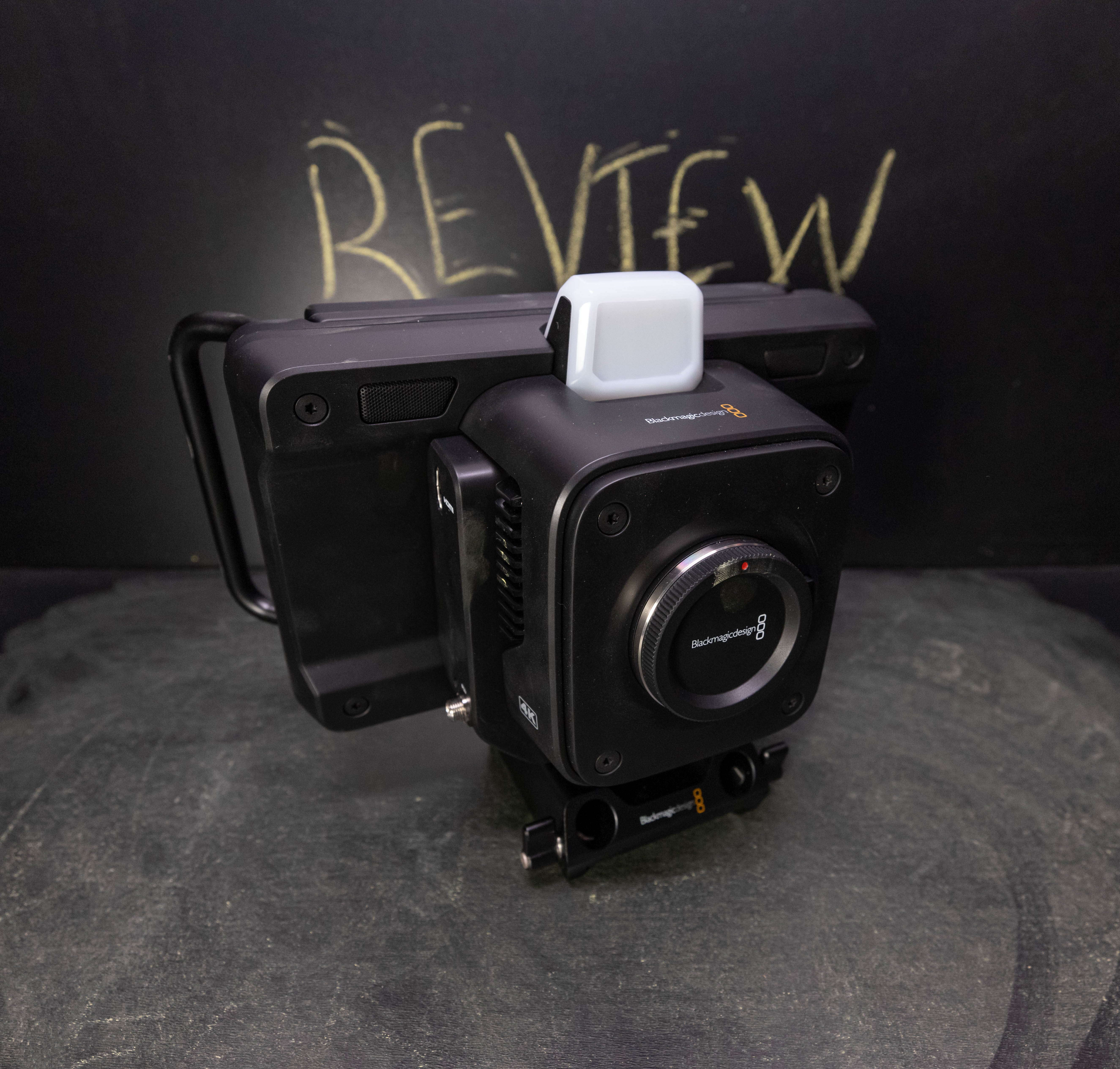 Blackmagic Design loaned me their new Studio 4K Plus along with a new ATEM Mini Extreme to test and review. Live video streaming on the internet became the big pandemic pivot, and it is here to stay for the foreseeable future. Thankfully, Blackmagic gives users the tools they need to do live streaming very well. 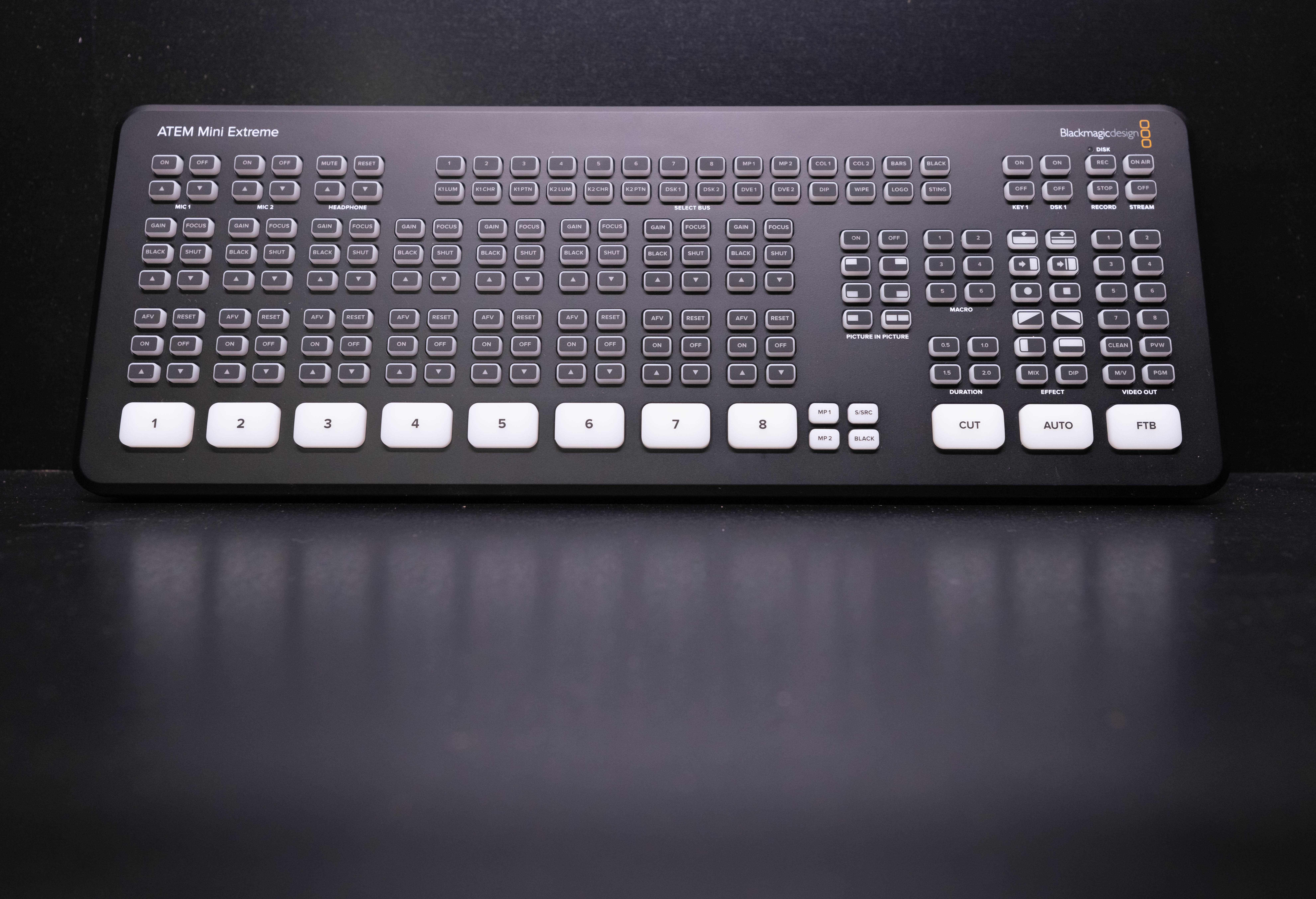 If you do not know, and you may not, the Blackmagic Design ATEM Mini Extreme is an 8 HDMI input live production switcher purpose-built for today’s live streaming.

The Blackmagic Design Studio Camera 4K Plus is a studio camera with a viewfinder built into the design. The 4K Plus can also record Blackmagic Raw in UHD to USB-C external drives.

You need absolutely zero production experience to use either the Blackmagic Design Studio Camera 4K Plus or the ATEM Mini Extreme. That, I think, is important to the success of these two pieces of broadcasting gear. 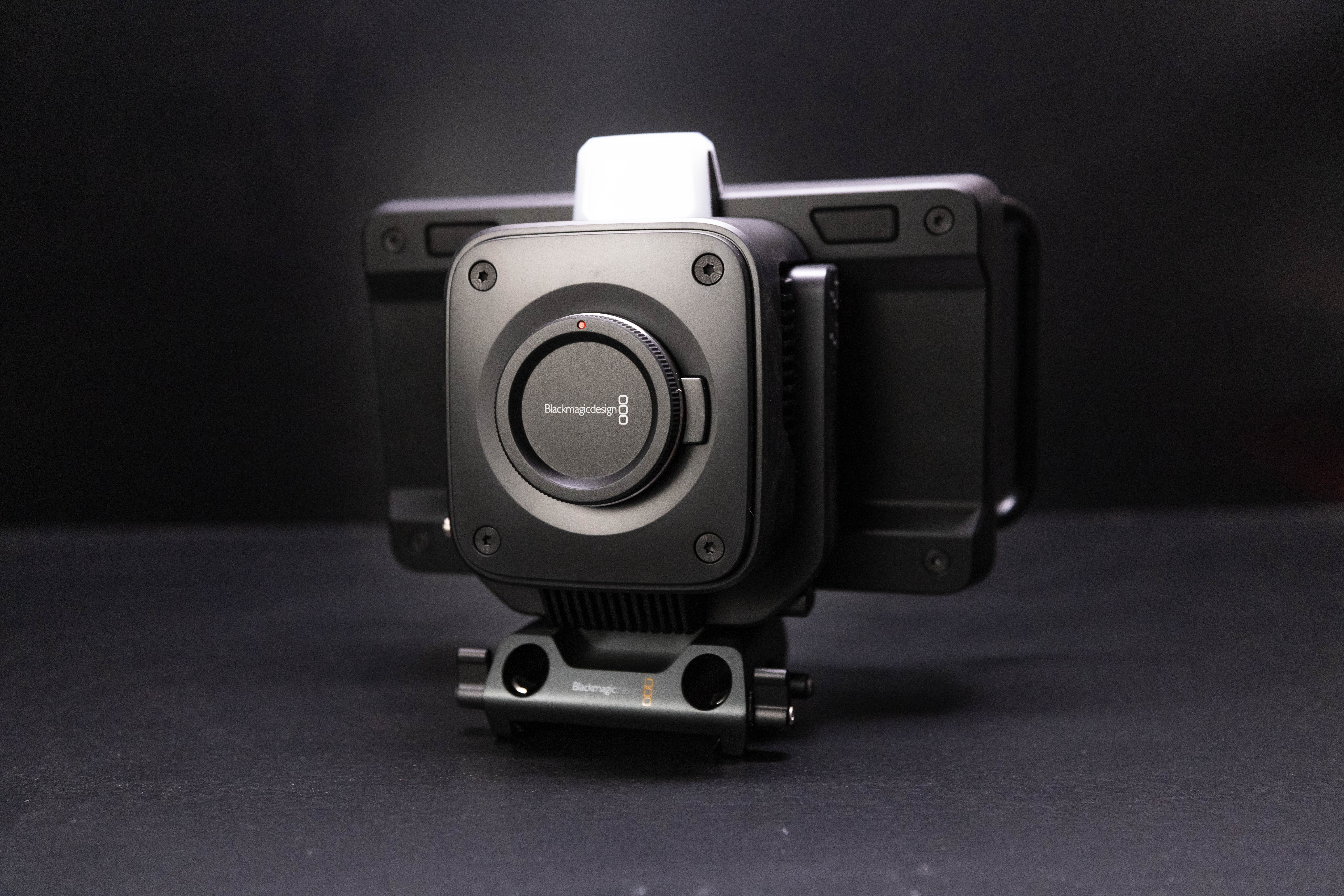 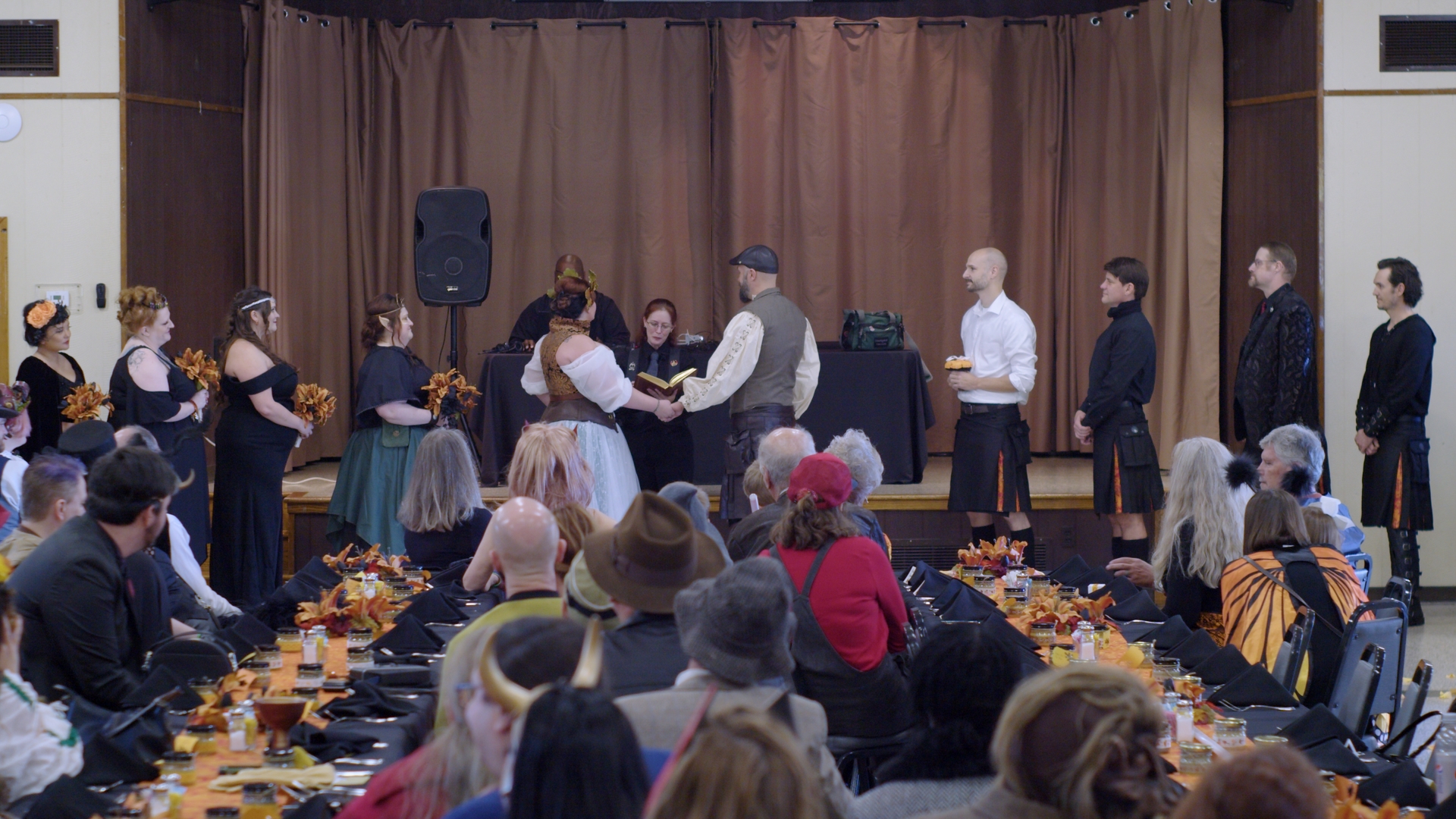 I was in the wedding party, meaning I did not have the opportunity to operate the Blackmagic Design Studio Camera 4K Plus or the ATEM Mini Extreme. It was a set-and-forget kind of day. I set the Studio Camera 4K Plus to record Blackmagic RAW to a Samsung SSD. Audio input was a single Sennheiser wireless lavalier receiver plugged straight into one of the 3.5mm audio inputs. I came back to the check on the camera when I had a chance to steal a moment. Throughout the night, there wasn’t a single problem. 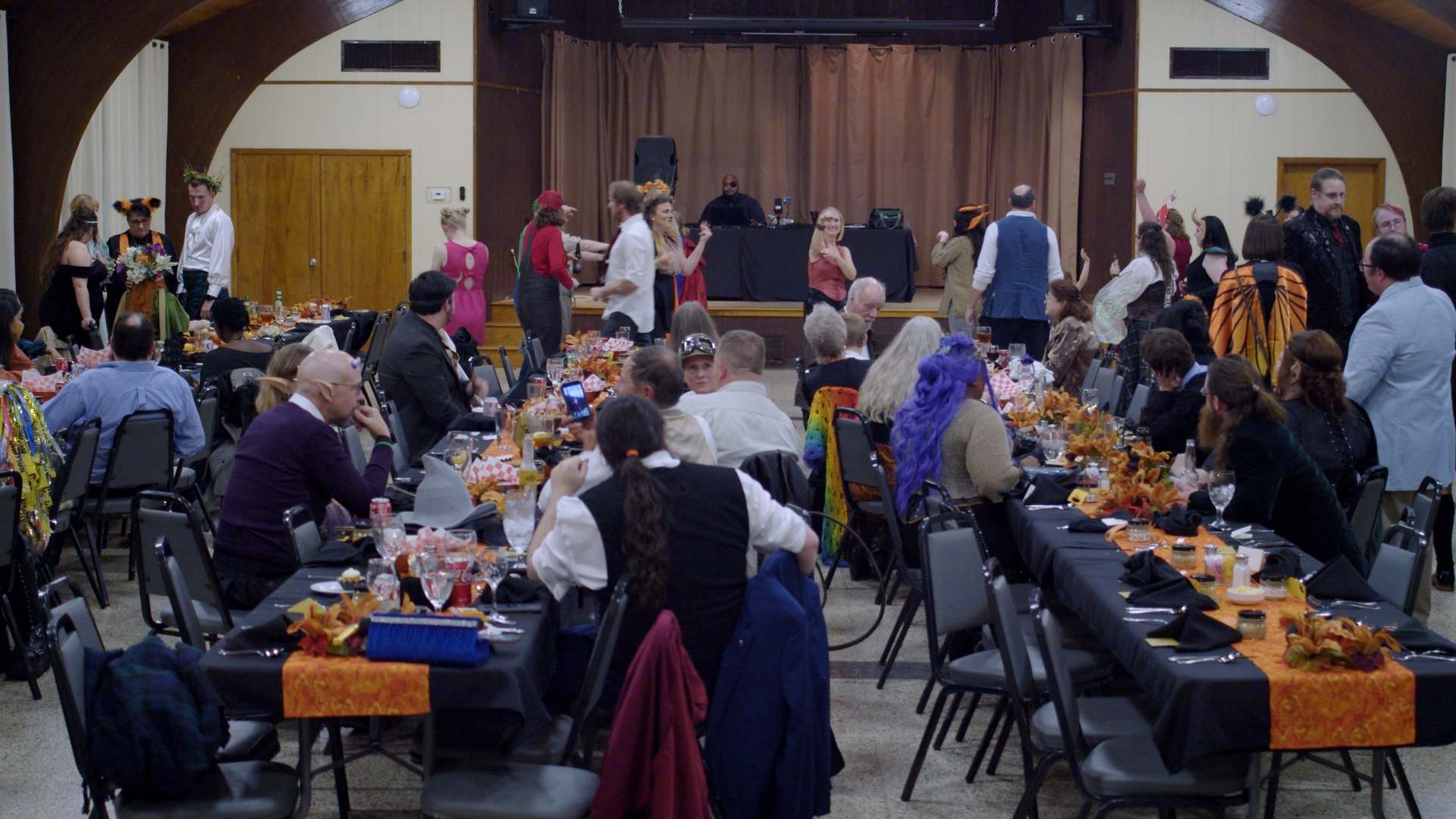 First impressions of Studio 4K Plus’s low light performance was way better than the original Studio Cameras. An improvement, as it should be with a whole new camera, gives the Studio 4K Plus a top ISO of 25,600. 3200 ISO and 5000 ISO looked impressive enough to consider using it if the situation presented itself. ISO 25,600 had its fair share of noise, but that is the top-most ISO setting and expected. 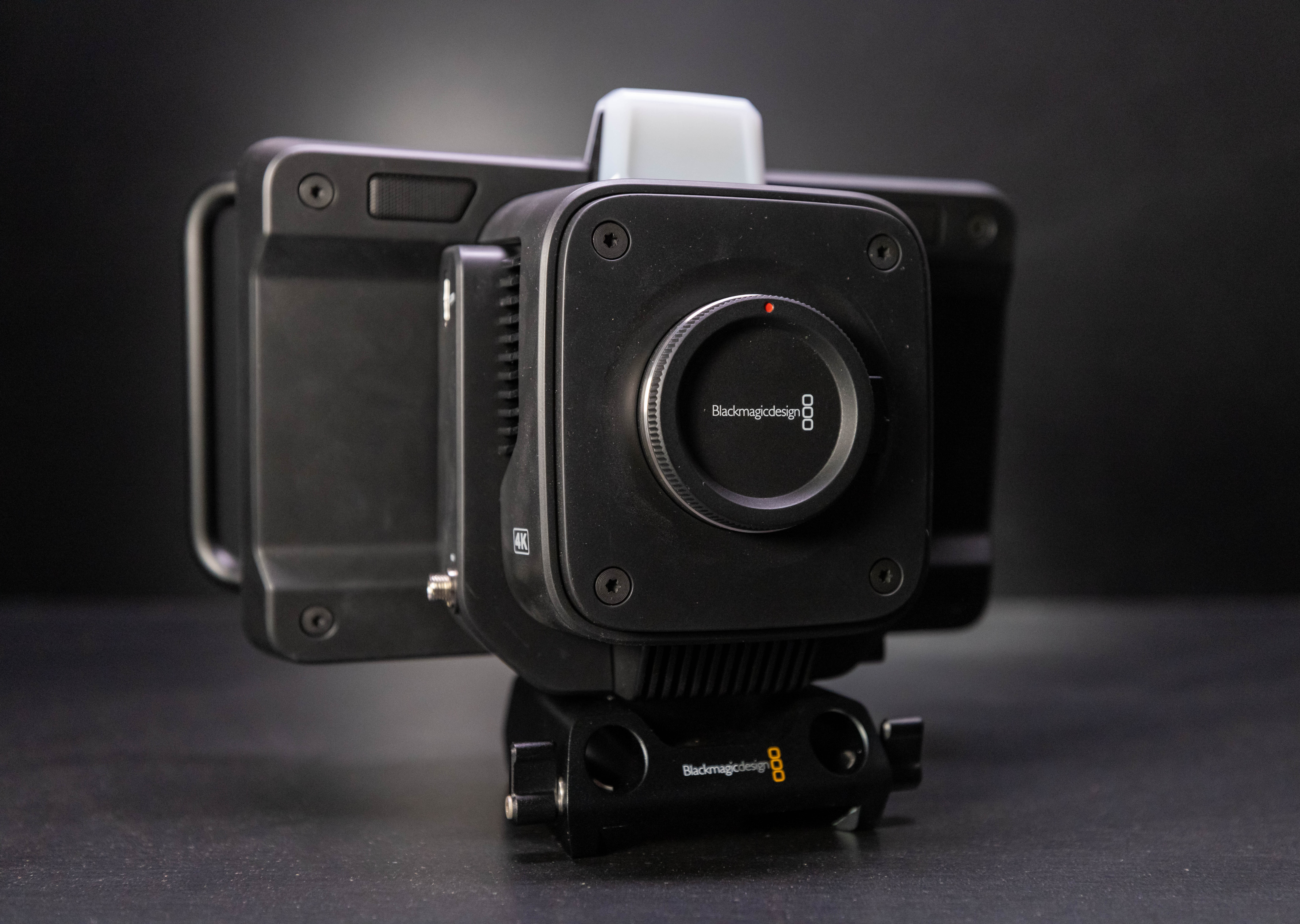 The dynamic range of the new Studio 4K Plus is quite impressive with its stated 13 stops of range. This is more than enough dynamic range for just about any studio I ever stepped into and likely enough for users who need to use the Blackmagic Studio 4K Plus cameras outside. For the more dramatically lit Churches, the 13 stops of dynamic range will help control those highlights while retaining needed detail in the shadows.

One may think a bigger tally light is not such a big deal. How about you sit on the other side of the camera and try to see which camera is “hot.” Any feature making it easier for your talent to perform well is a feature that makes you look good from behind the camera. Tools are meant to make life easier, and sometimes simply increasing the size of a tally light is the right thing to do.

When I pulled the Blackmagic Design Studio 4K Plus out of the shipping box, I was immediately struck by how lightweight the camera was. The weight of the Studio 4K Plus is due to a lightweight carbon fiber reinforced polycarbonate body. Throw in smaller and lightweight internal electronics, and you have a very light studio camera. Traveling users should be able to carry a cache of Studio 4K Plus cameras with them and not worry so much about weight restrictions.

The newly designed sun hood even helps the Blackmagic Studio 4K Plus camera be easier to transport. The sun hood is smartly designed to fold down over the HDR LCD screen and thus, protect it. 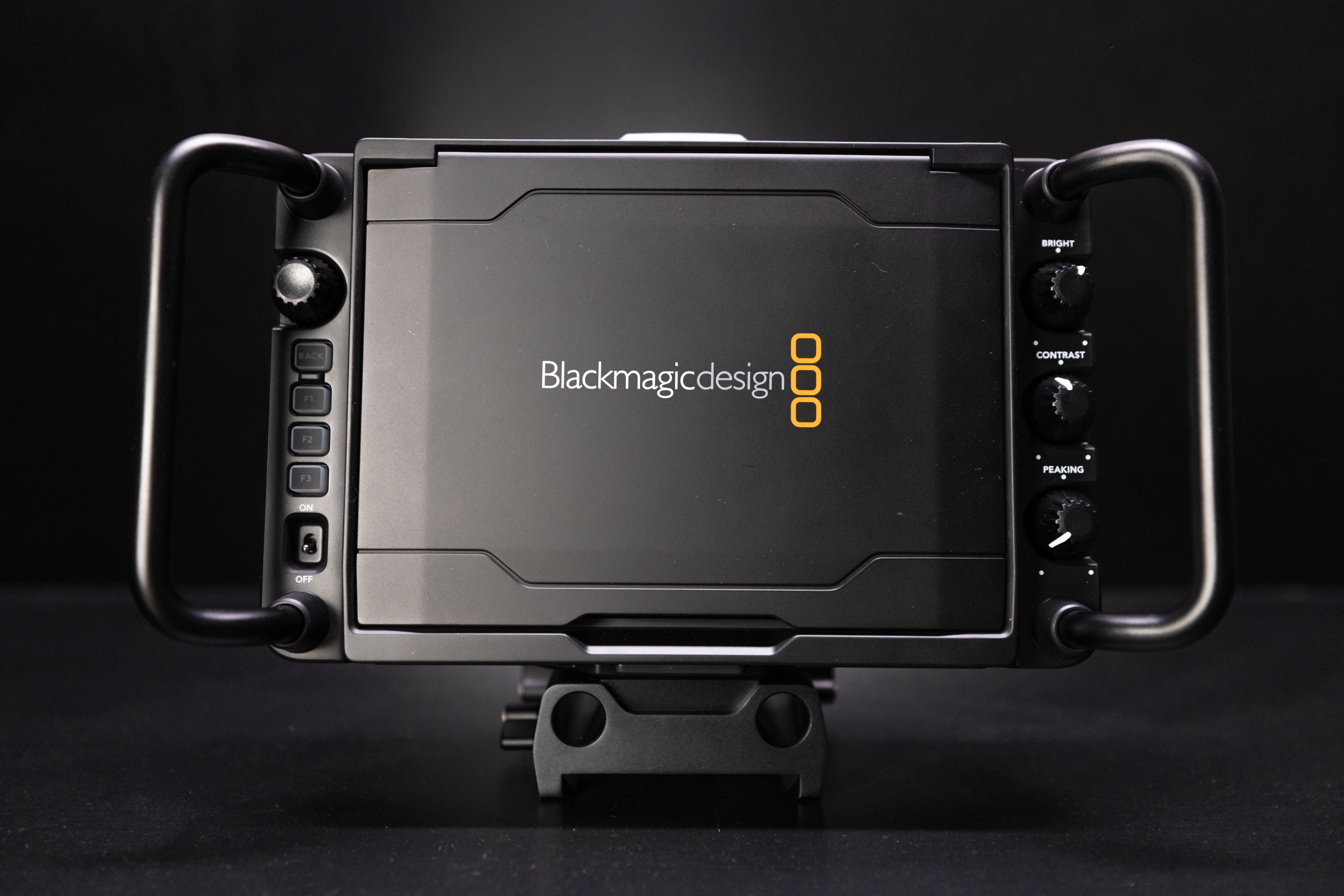 The HDR LCD Screen seems to be similar to the very bright rear screen on the Blackmagic Pocket Cinema 6K Pro or Video Assist HDR models. This is great news for creators who are forced to work in sunny settings. I did not have a huge need for a bright viewfinder, but I will definitely take it.

You can record your content in Blackmagic’s Film, Extended Video, and Video color profiles. You can either record your content with the LUT burned into the clip, film profile or create and upload your own LUT or color profile. Being able to upload your own created LUT is a pretty big deal and gives users the ability to control their color throughout the image acquisition pipeline. 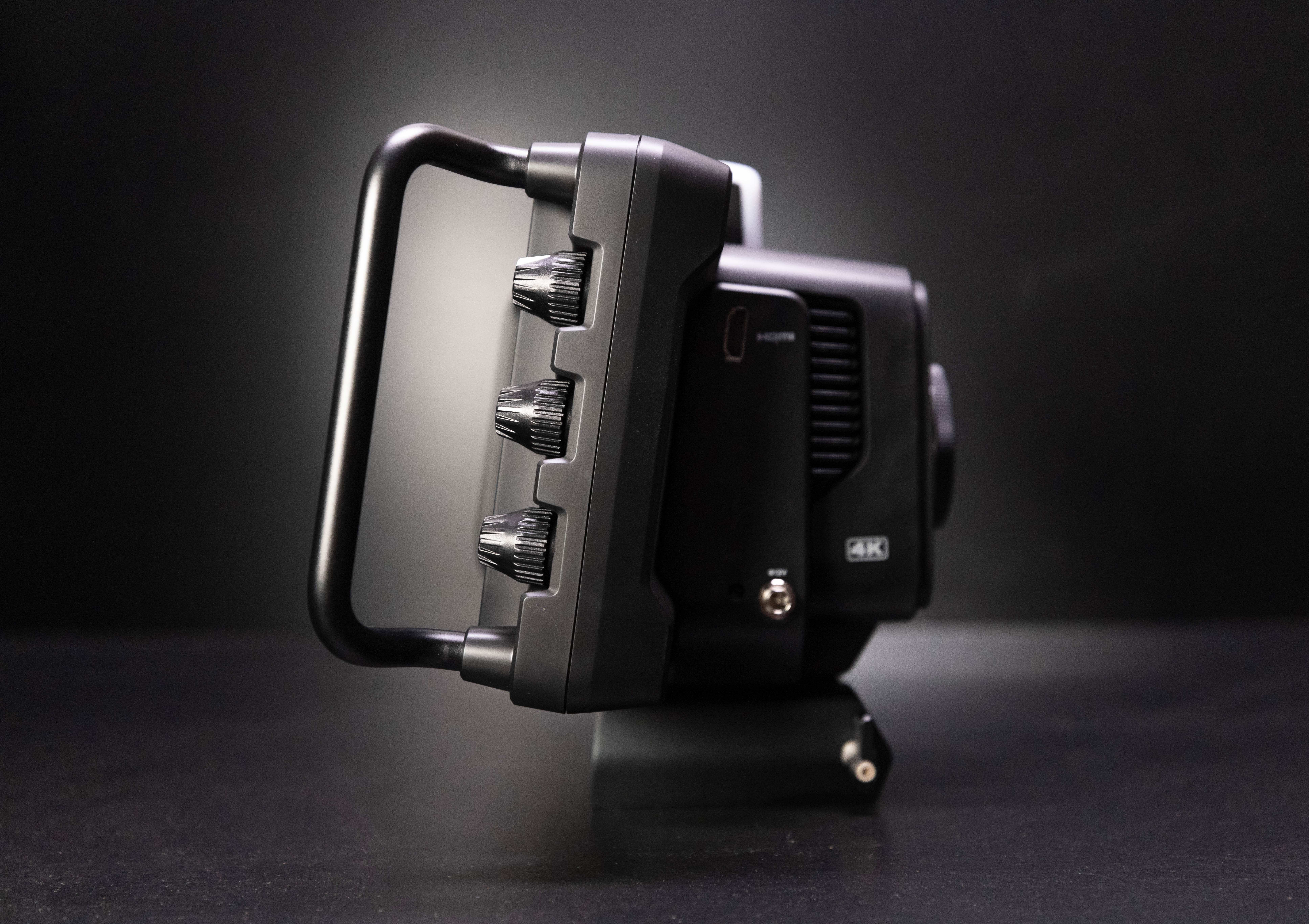 Touchscreen or Physical Buttons and Knobs

On the Studio 4K Plus viewfinder area, you have three function buttons and three knobs to change features. You also have the touchscreen menus as an option to change those same settings. I am a touchscreen user, but I see the value of dedicated knobs and buttons. Plus, a tap on the screen to change a setting can sometimes present a subtle shake of the camera.

In all honesty, the Micro Four Thirds sensor size is not my favorite. When I look back at some of my work, I realize I made some pretty good images with the original Blackmagic Cinema Camera, and it had a Micro Four Thirds sized sensor. The way I see it, Micro Four Third lenses tend to be a bit more flexible, wider and longer, than full-frame DSLR lenses. Micro Four Thirds does give users smaller lenses which contribute to the Studio 4K Plus’s ability to be portable.