CBS aired January 8 a piece about a swarm of 100 military drones… a story they almost abandoned. A Sony’s HDC-4300 4K camera and a golf cameraman, Rudy Niedermeyer, saved the shoot. 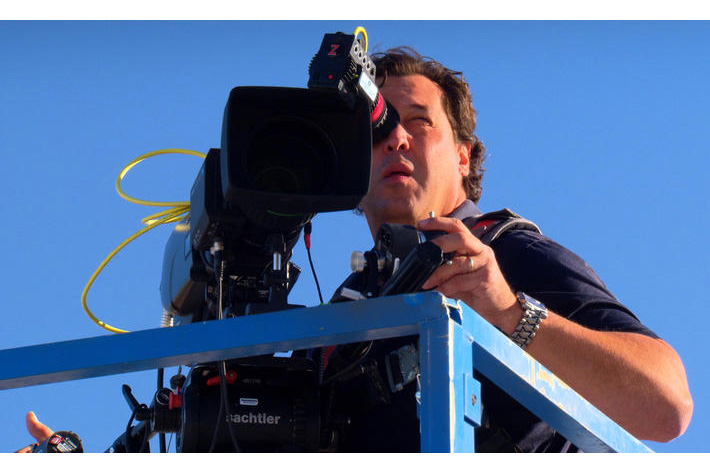 CBS’s 60 Minutes aired a piece on the Department of Defense’s Perdix autonomous military drones, but they had to think outside the box to get the video.

The story took quite long to prepare, besides the time taken to convince the Department of Defense to let them shoot the impressive spectacle, a swarm of 100 drones. No one thought about one aspect of filming, though: how hard it is to capture a small drone flying, especially those Perdix autonomous military drones.

In fact, the small, fast-moving drones proved so difficult to capture that 60 Minutes nearly abandoned the entire story.  That’s when the team came up with an idea. Would a cameraperson who is able to capture a small, fast moving golf ball be uniquely suited to capturing drones in flight?  With the help of the latest Sony production technology, the 60 Minutes team was willing to find out.

Using Sony’s HDC-4300 4K high frame rate camera system attached to a nearby PWS-4500 4K server, golf cameraman Rudy Niedermeyer attempted to capture the drones in action.  60 Minutes Overtime, the program’s online source for material beyond the broadcast, was there to see if Niedermeyer would succeed.  After many failed attempts, Niedermeyer was able to take advantage of the camera’s 480 frames per second to slow the footage down.  With the right person, the right tools and multiple days of testing, 60 Minutes was ultimately able to achieve what they set out to do and spectacularly captured the swarm of Perdix.