Named one of 25 New Faces of Independent Film of 2013 by Filmmaker Magazine, Iva Radivojevic is set to premiere her first documentary feature at SXSW 2014. Radivojevic was born in Yugoslavia and moved to Cyprus with her family to escape the war. When she was 18, she came to the United States and has resided in New York City for the past 15 years. She returned to Cyprus to film her first feature-length film, Evaporating Borders, a five-part visual essay/feature film that explores the topics of migration, tolerance, identity, and belonging. The film first premiered at the International Film Festival Rotterdam in January and is now poised to impress at SXSW in the “Visions” category. 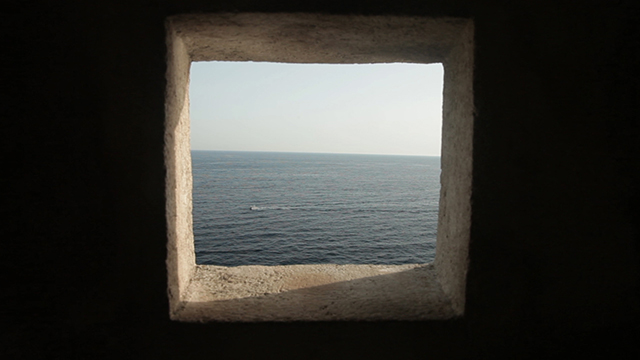 Adobe: How did you get into filmmaking?
Radivojevic: I always wanted to be an artist and my background is in painting and illustration. Film didn’t come to me until about seven years ago. From illustration I moved into 3D animation and worked with Adobe After Effects. I really liked storytelling so I started taking photos. After a while I realized that telling singular stories through photos wasn’t fully communicating what I was seeing and experiencing in life. I started traveling and exchanging stories with people and gradually moved into filmmaking. Today I edit for a living and also teach editing. For me it’s like building a puzzle or sculpting and I really like that creative aspect of it. It’s the best way I know how to communicate.

Adobe: Have you always used Adobe software?
Radivojevic: I have experience with After Effects and used Adobe Premiere Pro in the early days. After working with Final Cut Pro for a while, I recently switched back to Premiere Pro after attending The Editors' Retreat; I was really impressed to see how far the software had come since I'd last used it. It was an easy transition for me, and I’ve really enjoyed digging into the software. I now have an Adobe Creative Cloud membership and Evaporating Borders was edited on Premiere Pro CC. It’s the first film project I’ve done on Premiere Pro, although I’ve done other commercial work with the software.

Adobe: Tell us more about the film.
Radivojevic: The film is based in Cyprus, and is divided into five parts. It follows the lives of political migrants and asylum seekers and shows the challenges they face. Human migration is one of the biggest issues in current times. There is a huge surge of migrants coming into the European Union looking for a better life. With migration come the problems of xenophobia, racism, and intolerance. The film explores how we look at the world based on our past, our assumptions and prejudices, and how we can disconnect from ingrained, fixed identities and embrace a different reality. It is filmed in Cyprus, but it deals with larger global issues. The title, Evaporating Borders, references not just literal, physical borders but also mental, imagined borders we put up against threats to our identity. Being an immigrant myself I understand what it means to constantly search for identity and try to find a place to belong. 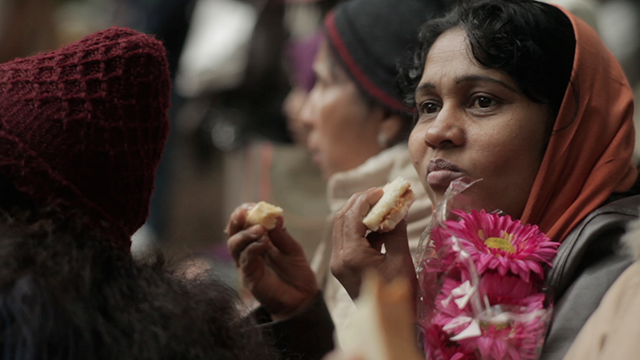 Adobe: Do you use any of the other creative tools in Adobe Creative Cloud?
Radivojevic: I primarily use Premiere Pro and After Effects, but I’ve been dying to get into Adobe Audition so I can learn how to do more with audio. I’ve found that once you really learn the ins and outs of software it becomes even more enjoyable to use.

Of course, Illustrator is one of my favorite pieces of software. I live with Photoshop and Illustrator and use them for everything from web design projects to printed posters.

Adobe: What are your favorite features in Premiere Pro CC?
Radivojevic: During the process of making this film I used two different machines and syncing my settings over Creative Cloud was a huge plus. I shot the film with a 5D Mark II and edited native H.264 footage without transcoding. Premiere Pro handled the native footage really well without staggering. Once we got to a final cut and had to up-res the footage the media management in Premiere Pro made it super easy. I loved being able to import or export specific sequences of the project and finally reduce the project to include only the footage used in the film. Relinking the new media was a breeze using the Link & Locate feature in Premiere Pro. I also love how customizable everything is in Premiere Pro. 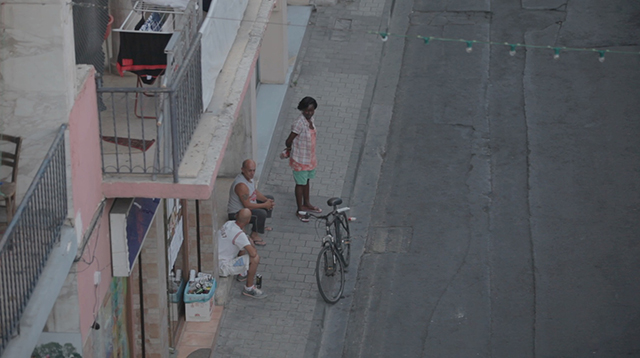 Adobe: Did you use After Effects on the film?
Radivojevic: I started using Warp Stabilizer in After Effects, but then I found the same feature in Premiere Pro. Almost half of the film is image stabilized and I can’t tell you what a huge difference it makes. Warp Stabilizer in Premiere Pro is so amazing; you can’t even tell that it is stabilized and it made the film look so much better.

Adobe: Do you think the perception of image stabilization in documentary films is changing?
Radivojevic: The regular shaky camera look that we allow in documentary films doesn’t have to be there. While shooting I didn’t think about correcting it later, but Warp Stabilizer in Premiere Pro works so well and makes everything look so smooth.

Adobe: How did you get connected to Executive Producer Laura Poitras?
Radivojevic: She came to do a talk at the school where I finished my MFA a couple of years ago. She saw my work and acted as a creative consultant on one of my projects. We kept in touch and when I told her about this new project she offered to be the executive producer. She’s consulted on the film, connected us with different people, and helped with the festival strategy. She’s truly an inspiration and it’s good to have people who support you, support your work, and are rooting for you. 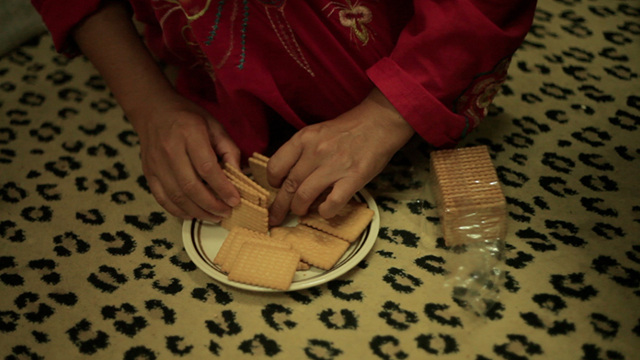 Adobe: What are the next steps for the film?
Radivojevic: After SXSW we’re going to Human Rights Watch London. We have a bunch of festivals lined up and eventually we hope to sell it in some way. It is an art house film, an essay film, and a specific topic so it’s a challenge, but I’m hopeful.

Adobe: How do you feel after going through process of delivering a feature film?
Radivojevic: I’ve worked on many short films, and after a while the process of delivering short films isn’t challenging anymore. To tell a story in a different way through a feature film is intriguing. I’m already planning my next two films. One is a documentary and the other is a fiction film and both will be filmed in Serbia. The documentary is set in my head and starts shooting in September. My next real challenge will be the fiction film. Fiction is something I haven’t explored yet and I’m both excited and terrified, which is great!