The feature-length documentary This May Be the Last Time doesn’t only detail the history of the Seminole community’s ancient songs of faith and hope, it also explores their connection to Director Sterlin Harjo’s own personal history. It’s his first documentary project, but not his first time premiering at the Sundance Film Festival or his first experience working with Adobe software. Together with his filmmaking partner Matt Leach, Harjo is fully immersed in the Adobe video workflow and the duo are happy to share how it has supported their efforts and fueled their creativity. 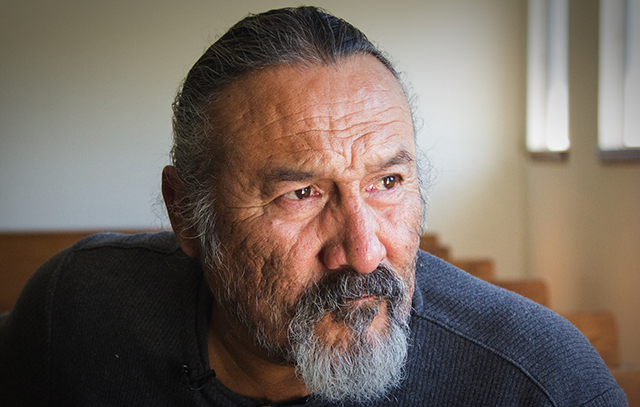 Adobe: Tell us about your backgrounds.
Harjo: I’m from Oklahoma and I’m a member of the Seminole and Muscogee (Creek) tribes. I’ve been making films since my early- to mid-20s. I was invited into the Sundance Feature Film Program when I was 23 and received a lot of support through the Sundance Institute. My first short film Goodnight Irene premiered at the Sundance Film Festival in 2005 and I’ve had two other films—Four Sheets to the Wind and Barking Water—that also debuted at the festival.

Leach: I studied film at Oklahoma University and when I graduated I started doing music videos. One was on MTV and another was shown at South by Southwest. I also worked in news and advertising for a couple of years, working on a variety of projects, until I met Sterlin. 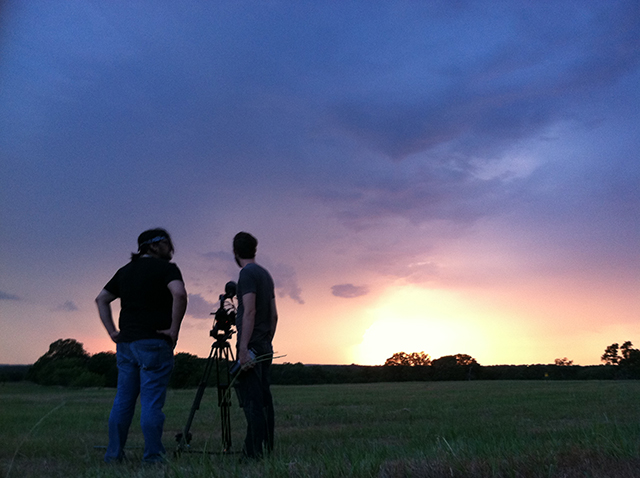 Adobe: How did you two connect?
Harjo: Matt and I went to school together but we never met. We were both living in Tulsa and working in the film industry, so we got together and started trying to figure out how we could combine our talents. There was a new company in town called This Land Press that was publishing a magazine featuring long form journalism. We pitched them on creating some online video work and ended up doing some online documentaries and videos with the same journalistic style. We had been using Final Cut Pro, but we were shooting with DSLR cameras with a more “run and gun” style and fast turnaround times, so we made the switch to Adobe Premiere Pro.

Leach: We ended up doing a 12 episode TV show called This Land that was all edited on Premiere Pro. With just a two man operation, it was the only way for us to work quickly and deliver the quality we wanted in the given timeframe. I originally learned Premiere Pro in 2000, so going back to it was familiar, and a lot better. It enabled us to do more of the work we wanted to do quickly and affordably. Premiere Pro has made all the work we’ve done in the last three years possible. 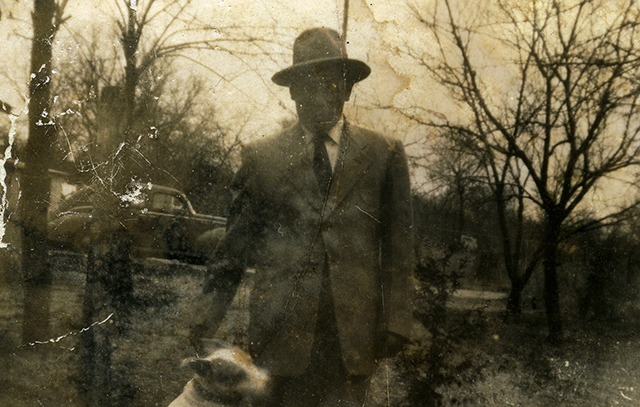 Adobe: How did you decide to make This May Be the Last Time?
Harjo: It was a story that I had always wanted to tell, so I pitched it to the team at This Land Press and they were excited and wanted to do it. Originally, it was just about the songs of the Seminole community and their story and history. As we made the film it became obvious that one of the main stories that needed to be told was my story and my connection to the songs. I feel like the finished film is part musical and part documentary.

Adobe: How did the process differ from your past films?
Harjo: It wasn’t actually that different. We shot the film in just six months and we were editing the whole time. This was the first really personal film I’d done about me and my family. Most documentaries take at least two years to shoot. But because I’m a narrative filmmaker I took a fiction storytelling approach and it went much more quickly. It also helped that I knew the material and most of the people we interviewed were people I know personally so a level of trust was already established. I felt like I’d been researching this film my whole life. 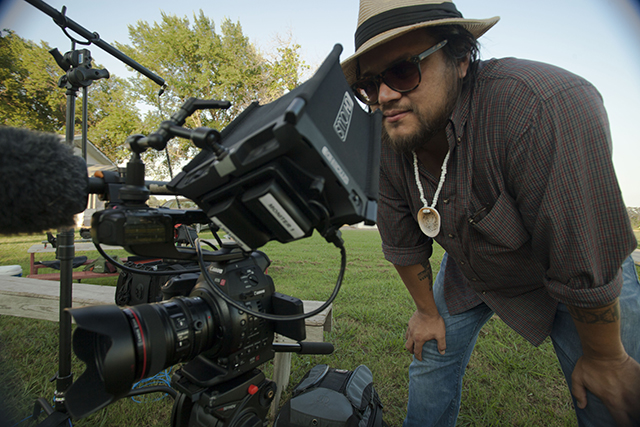 Adobe: What other Adobe products do you use?
Leach: For This May Be the Last Time we used Premiere Pro, Audition, After Effects, and Media Encoder. The poster for the film was created using Photoshop and Illustrator.

Harjo: The poster is really beautiful. It was made by a friend of mine, Ryan Redcorn, who does really amazing work.

Adobe: When did you begin using Adobe Creative Cloud?
Leach: We started this project just before Creative Cloud was announced, so we were hesitant to switch in the middle. We ultimately ended up making the switch so we could use After Effects CC for a lot of the graphics shots. We also used the latest versions to finish up the last tweaks to graphics and photo animations. The Detail Preserving Upscale Effect in After Effects CC was particularly useful for the archival footage in the film because it helped us keep everything sharp.

Harjo: We shot the film with a Canon C100 and there were a lot of handheld shots. Warp Stabilizer in Premiere Pro CC really saved us on some shots. 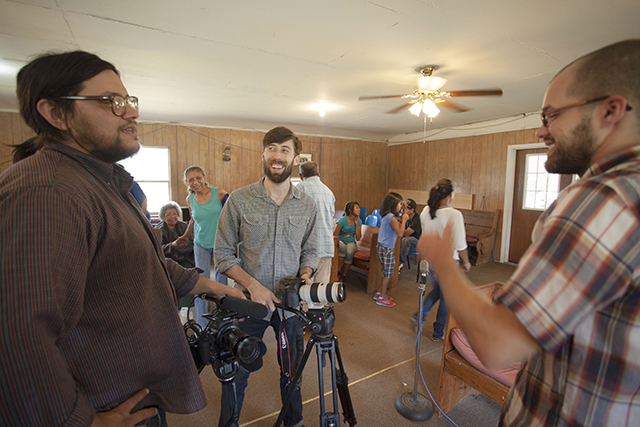 Adobe: What do you like about Creative Cloud?
Leach: It’s really helpful just to be able to have access to everything online through Creative Cloud. If we’re out in the middle of nowhere and someone sends us a file we can easily download the relevant application in just a few minutes. Creative Cloud isn’t just for low budget filmmakers. When we started working on the film there weren’t many people using Premiere Pro, but now almost all of the editors I talk to are using it.

Harjo: The efficiency we get from Premiere Pro alone is worth the cost of Creative Cloud. The ability to bring files into Premiere Pro without spending an extra five hours converting, combined with the hard drive space we save is really amazing.