Cooke brings a new look to the Star Trek Universe with Anamorphic/i full frame plus special flare lenses, an adventure that started to take shape as Star Trek: Discovery was filmed. 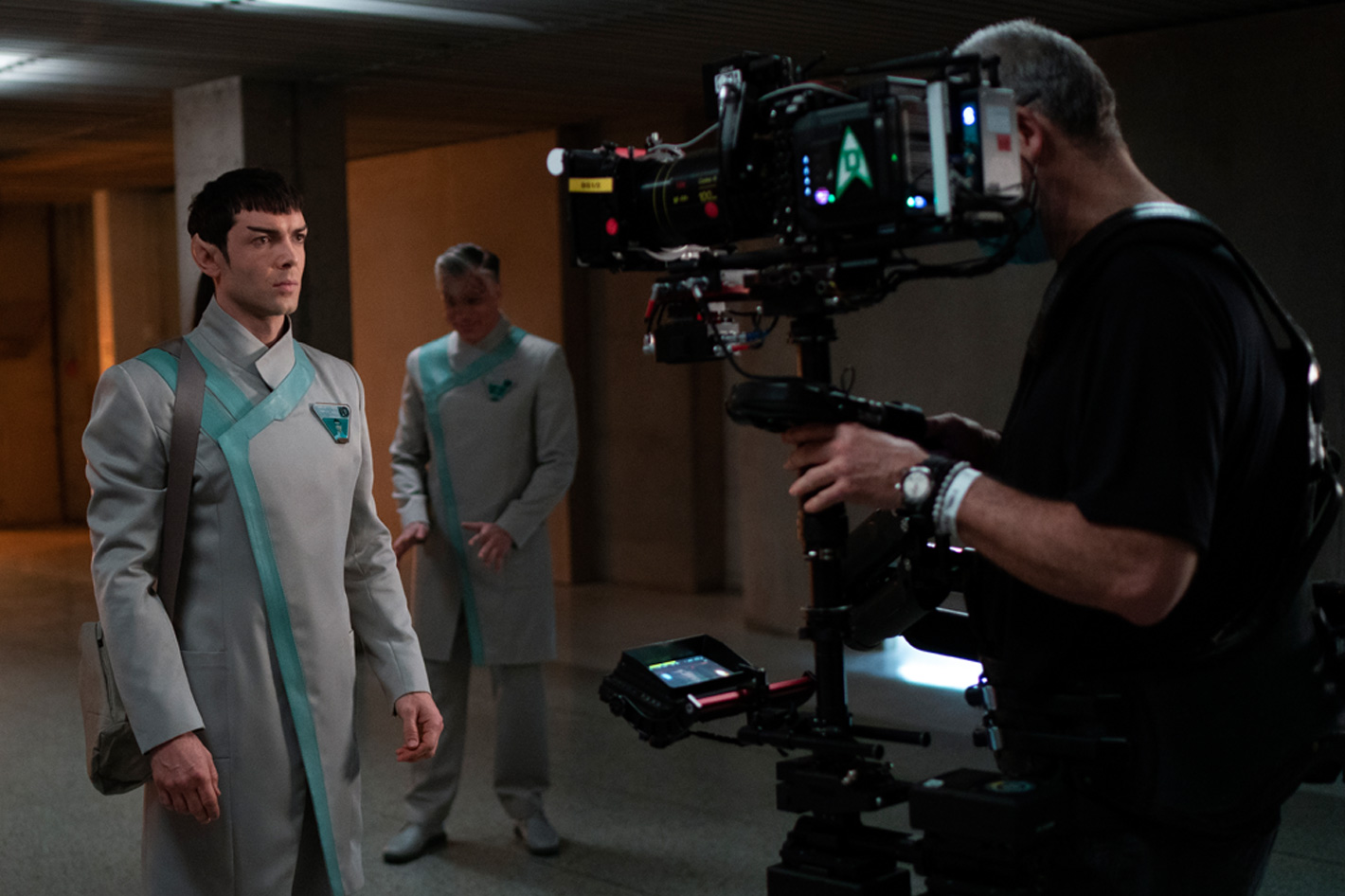 Star Trek: Strange New Worlds will bring viewers to where no Star Trek viewer has gone before – to a world with a look all its own, and Cooke lens were used to create this new vision of the classic saga.

The first episode of Star Trek: Strange New Worlds premiered on Paramount+ on May 5, 2022, and it offered viewers a window into a whole new world. To help take the public where no other Star Trek has gone before, the team used Cooke lenses, which not only offer the signature Star Trek blue streak flare, but allow to create a more organic, non-studio look to convince the audience they were seeing a real location.

A spin-off from Star Trek: Discovery and a prequel to Star Trek: The Original Series, Star Trek: Strange New Worlds follows Captain Christopher Pike and the crew of the USS Enterprise. This new series uses three sets of Cooke Optics Anamorphic/i Full Frame Plus Special Flare lenses, so cinematographer Glen Keenan, CSC can achieve his desire in terms of visuals.

The Star Trek Universe’s journey for its streaming series to get to anamorphic full frame with special flare started with Star Trek: Discovery (Disco), where Keenan served as cinematographer for seasons one through three.

“Season two of Disco was our move to anamorphic primes [for 2.39:1 for streaming], and that won me over,” said Keenan. “For Star Trek, there’s a studio, but no reality. I want to convince the audience that we are in a real space with a lens that would add more organic qualities to the image. The Cooke anamorphic special flares have the right amount of aberrations and flare for the signature Star Trek blue streak flare. Two things really help with reality: the expected inconsistencies between lenses help to ground the story like we were really there and the anamorphic falloff. Both of those features help to deliberately frame the action to where I want the audience to focus on.”

Here is some more information about the use of Cooke lenses in Star Trek: Strange New Worlds, as shared by Cooke:

The offer for Keenan to move to Star Trek: Strange New Worlds and develop the look came from Alex Kurtzman, creator and executive producer of Star Trek: Discovery.

“I worked with Alex during Sleepy Hollow, and I was already in Toronto with an opening in my schedule which is how I got Disco,” said Keenan. “Alex had a bunch of projects, but he wanted me for Strange New Worlds. It struck the right chord, with an element of change that I wanted mentally and visually to get to the audience.”

“There was a moment when shooting Disco in anamorphic that I knew I really wanted full frame special flare for 4K for Strange New Worlds. My supplier got on the horn with Cooke. And Cooke built a custom set for Strange New Worlds, delivering two sets before episode one, then the third set once they were made. Cooke stepped up with full frame anamorphic special flare for day one. It was remarkable. Three sets in two months.” 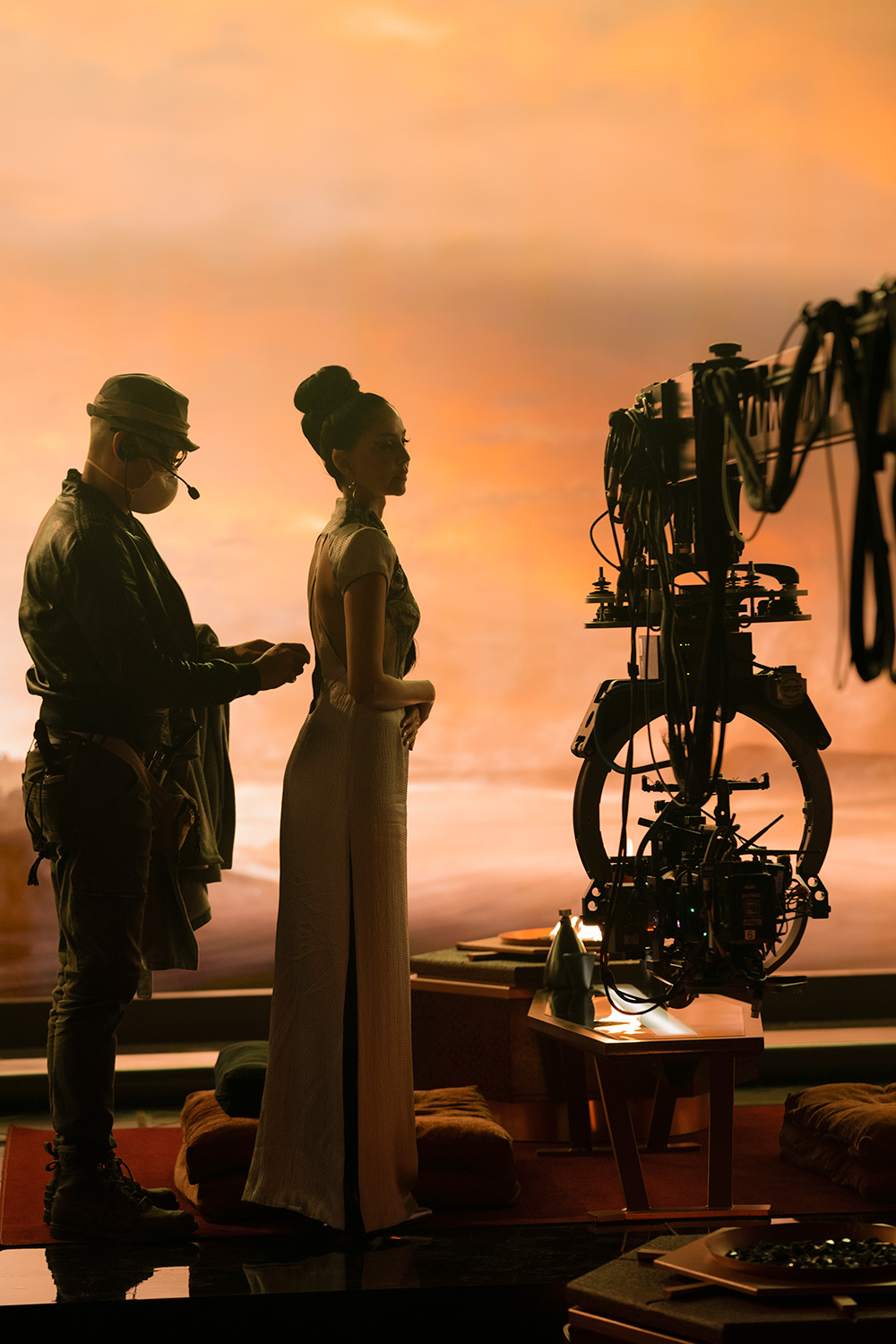 Setting the tone for the series

“During episode seven, I discovered the macro on the 85mm for close-up work,” said Keenan. “It became our favourite close-up lens as it’s just lovely with great falloff. Our main lens was the 40mm which can be seen in every episode and then the 75mm for our Steadicam, where the full frame anamorphic allows me to have a great focal range. Steadicam helps tell the story well and gives you a nice shot that you don’t have to edit.”

Unlike other current Star Trek series, Star Trek: Strange New Worlds is more in tune with Star Trek: The Original Series with each episode standing on its own, and thus were shot out of sequence. Keenan shot episodes 1, 2, 4, 7 and 9, with cinematographer Magdalena Górka shooting episodes 3, 5, 6, 8 and 10.

“With me shooting episodes 1 and 2, it helped us to set the tone for the series,” said Keenan. “This really is more like The Original Series. You can see it in the main themes of our show runners and the nostalgic quality of the sets, wardrobe, characters and photography. We’re being as honest as you can be to a show shot in the 60’s with a minimal budget. When talking with my crew – camera, lighting and rigging – we look at our problems as though we’re in the 60’s. We have a lot of tools, but that doesn’t mean we should use everything and abuse it. The Disco approach has the camera always moving and being aggressive with cameras spinning in every episode, we’re different…it’s a living space and we don’t get in the way unless called for by the script, which allowed me to go for a bigger camera – with variations in episodes based on the scripts. Thematically, we take an episode and device the lighting scenario for that. Our challenge was to make it its own version of the Star Trek Universe…even the language of this show is just different enough to give it its own voice.” 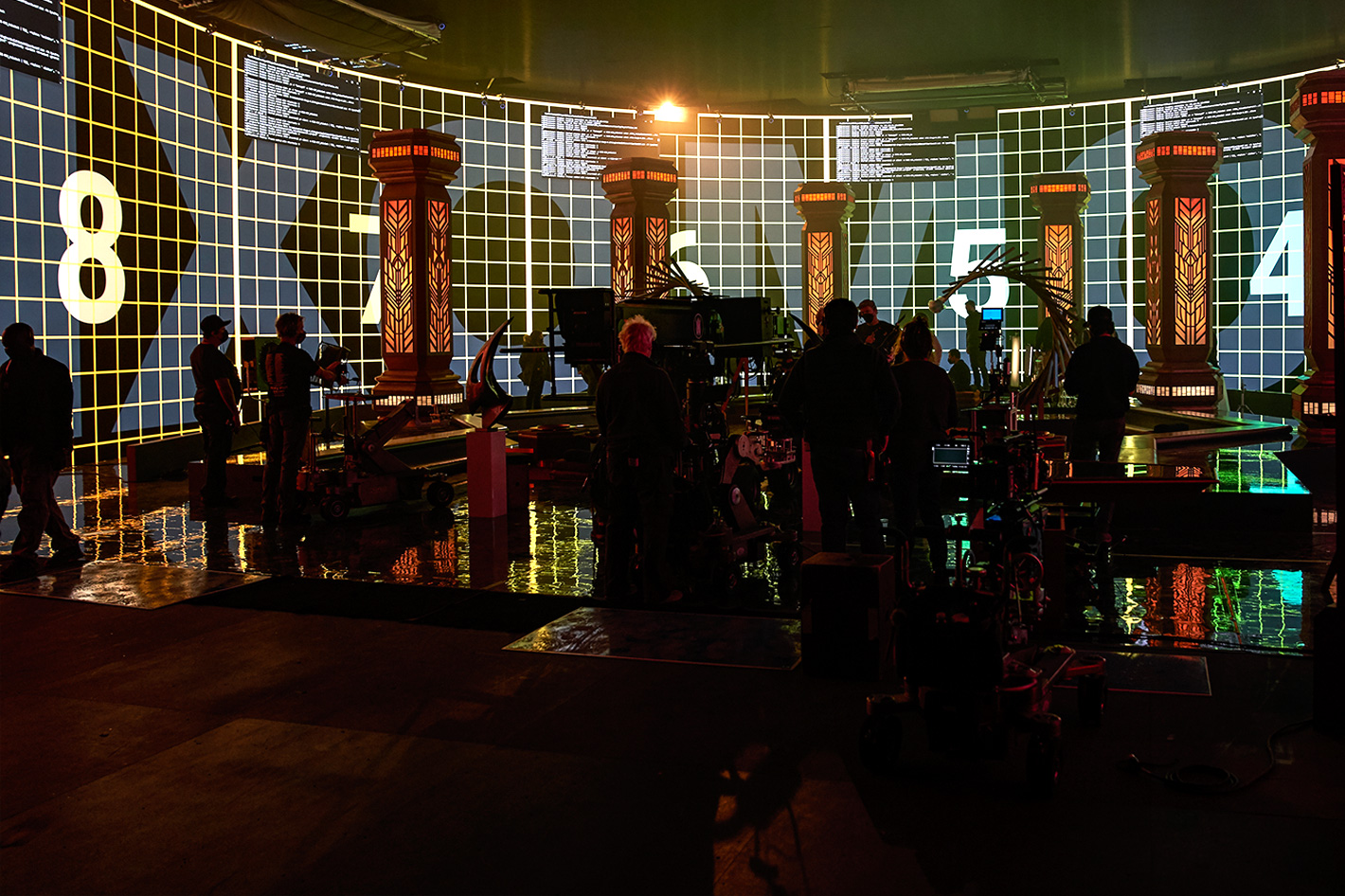 Lighting Star Trek: Strange New Worlds is an elaborate process, according to Keenan. “The set’s not ready until the lighting is ready. We’ve got over two million LEDs embedded in the sets, with five lighting boards and four operators rotating between setup, shoot and programming. What works is when the set lights the actors. We’re always in an artificial space that’s not real. Our challenge is to make it real. The more they’re lit with the ship, the more real it is. Any other lighting is minimal.”

In addition to the Cooke Anamorphic/i Full Frame Plus Special Flare lenses themselves, Cooke’s /i Technology lens metadata was an extra feature that Keenan appreciates.

“I always have the data…always pulling that data for post. I knew everything about that camera and could police it. I don’t think I could do a show without it…I’m addicted to it.”

The first episode of Star Trek: Strange New Worlds premiered on Paramount+ on May 5, 2022, as noted earlier. A second season began filming on February 1, 2022, four months before the season one premiere.