One popular show produced by Off The Fence for The History Channel is Stan Lee’s Superhumans. Myth meets reality as the hosts of Stan Lee’s Superhumans search the globe for real people with extraordinary powers. Launched in 2010—together with Stan Lee, co-creator of superheroes such as Spiderman, X-Men, Iron Man, and The Avengers—the show has gained a large and enthusiastic following of fans for The History Channel and now H2.

Series Producer Andrew Zikking, brings more than 15 years of experience across a wide variety of genres for UK broadcasters, to this successful U.S. brand. For the third season of Superhumans, Zikking has been using Adobe Premiere Pro CC to replace the company’s existing Apple Final Cut Pro platform. 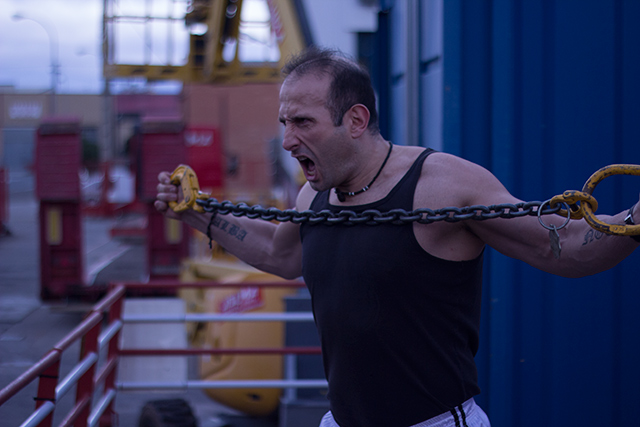 Adobe: How did you become involved in video production?
Zikking: My dad tells me I learned to read by studying the listings in the Radio Times and planning the whole family’s viewing schedule when I was four! I studied media production in college then I started out in corporate video. That gave me a good grounding because I became a producer in the corporate sphere quicker than I would have in television. It also gave me a chance to experiment with editing and graphics systems and get a hands-on technical understanding of every phase of production.

Adobe: What led you to Off the Fence?
Zikking: I had always wanted to craft my own films and series from beginning to end. I managed to get a position as a show director at CBBC. That was a good formative space that had a big audience, a big budget, and was a good creative breeding ground. After working for CBBC, I set up my own production company, Favorite Films, to do small, low-budget documentaries. It was successful and I’d done it for four or five years, but I felt I reached a level where I also wanted to work on some bigger-scale productions.

The opportunity came to work at Off the Fence, which is a sizeable production house here in Bristol. They have a strong production office with a reputation for doing natural history and were moving into factual entertainment, which is the way I was leaning. 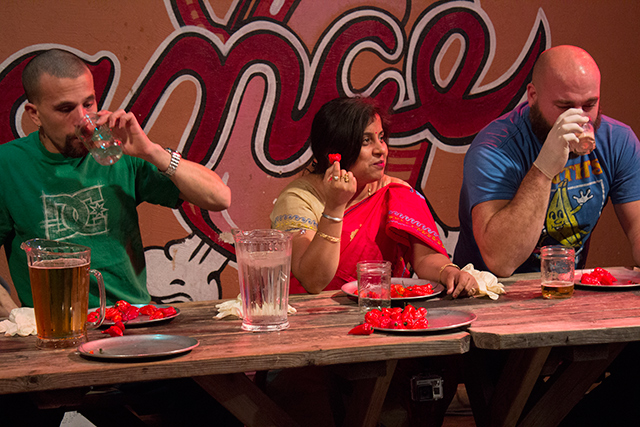 Adobe: Where did Off the Fence get the idea for Stan Lee’s Superhumans?
Zikking: Executive Producer and Managing Director Allison Bean came up with idea, pitched it, and got it commissioned. Superhumans was made initially as a one-hour broadcast pilot commissioned by The History Channel in the United States. Stan Lee, who founded Marvel Comics, agreed to take part, then Allison had the great idea of turning it into series and branding it with Stan Lee and making it about his quest to find superhumans. That was the insight that turned Stan Lee’s Superhumans from an interesting one-hour feature, into a 32 x 60 series that has sold around the globe.

Adobe: What prompted the transition to Adobe Premiere Pro CC?
Zikking: I came in after production was already underway and basically took the first series through post production entirely on Apple Macs using Final Cut Pro. Off the Fence had invested heavily in Final Cut in five or six in-house suites, but as the series evolved, the shows had become more ambitious and demanding. The software and hardware was being pushed harder and harder, and by season three we decided to take another look at the post workflow. Plus, the edit suites were full with other productions, so we were at a bit of at a logjam in terms of space to work.

Following a typically long-delayed full green-light, combined with a highly ambitious deadline, I wanted a reliable system that could take me through the third season without any disasters. Thanks to a hot summer, and some broken fans, the SAN shared storage system went down completely during season two, costing lots of time, and the software and systems were crashing and becoming unacceptably unstable. I started looking for something that could offer continuity with the work we’d already done, because we wanted to keep the visual style the same and not let technology play a factor. We also wanted the ability to make things faster.

We looked at Adobe Premiere Pro CC and it seemed like the perfect solution. We could run the software on PCs that we could buy off the shelf. Potentially, when new Macs are released, we have the option to run the same software. We also switched to G-SPEED drives from G-Tech instead of a central SAN storage system. 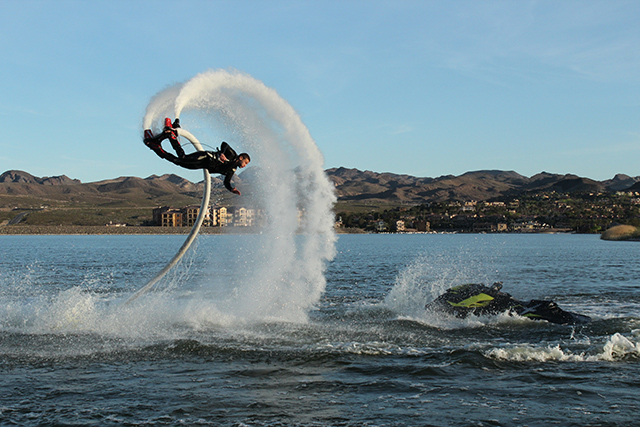 Adobe: What were some of the benefits of working with Adobe Premiere Pro CC?
Zikking: Before we started, there was a fear of the unknown and editors thought Premiere Pro might not be as fast as it claimed, or as intuitive, and might not be broadcast ready. But having used it and seeing how far it has come, editors—some of whom had never used it at all—were using Premiere Pro CC as fast as Final Cut Pro within three or four days.

A key advantage is that you can get footage from production into offline edit as soon as footage is loaded. On the two previous seasons we were transcoding everything that came in to another codec to eliminate crashes. I haven’t calculated the number of hours saved using Premiere Pro this season, but I imagine it has saved weeks of someone’s time and machine time transcoding, which is incredibly advantageous.

Adobe: Were you also using Adobe After Effects for Superhumans?
Zikking: We didn’t use After Effects on seasons one and two because Final Cut Pro doesn’t integrate as closely with it. All graphics needed to be commissioned by a graphics house and brought in, which was obviously more expensive. For season three, editors with limited After Effects experience were able to use templates to produce bespoke, finely tuned clocks, timers, and counters, at the earliest offline stage, which was very beneficial in producing a rough cut of a much higher standard.

Adobe Creative Cloud opens up many opportunities that a producer or editor would not have seen before as viable because of budget and time. Being able to switch between applications quickly is not just a gimmick; when you need to improve something you can do so quickly and easily. 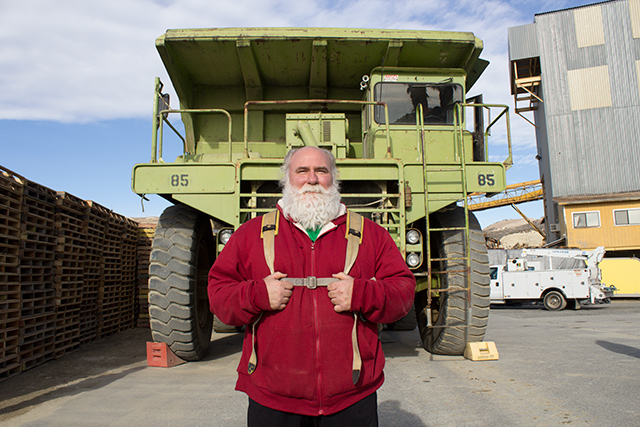 Adobe: Are there other Creative Cloud applications you use when producing Superhumans?
Zikking: Adobe Media Encoder CC has made it much faster to get things out and uploaded. Being able to do encoding in the background without slowing up the edit has been a key advantage in hitting our rough-cut viewing deadlines.

Adobe: What are your overall impressions about Adobe Creative Cloud?
Zikking: We have about ten Creative Cloud memberships, and the ability to scale up or back, depending on the number of productions, is innovative. As an owner of my own production company, I like the idea of not having to invest thousands of pounds up front. The flexible cost enables you to be more profitable. I also like having instant access to new features. I think the licensing is absolutely one of the standout features. 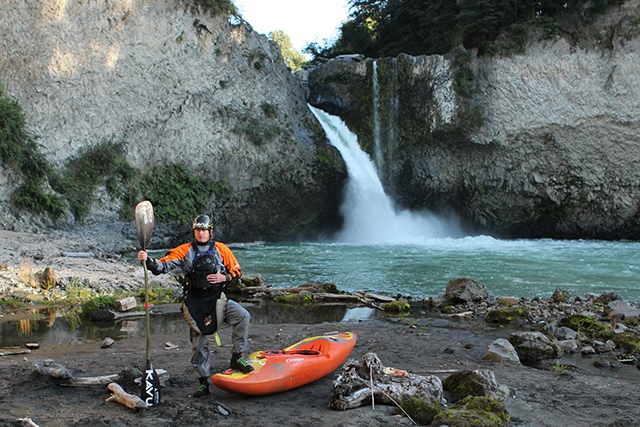 Adobe: What is the future of video technology at Off the Fence?
Zikking: We tested Adobe Premiere Pro on desktop machines loaned to us by HP as a trial. I think they are as good as Macs. If I was going to invest in any new editing systems right now, it would definitely be Premiere Pro because it works on both PC and Mac platforms and has done everything I needed it to do at a favorable price point.

As a global organization, I think Off the Fence should take a serious look at Adobe Anywhere for collaborative workflows, as well. Being able to work at any location and connecting across standard networks without special hardware could be an incredible boost to productivity.