Earlier this year, we interviewed Patrick Arnecke, head of design and promotion for Swiss Radio and Television (SRF) about the new opener the broadcaster created for its coverage of the Sotchi winter games. Since then, SRF has created similar openers for its coverage of the games in Brazil and the Europe Athletic Cup in Zurich. Representatives from SRF will be speaking at Adobe’s booth at IBC, where they will go into more depth about how Adobe Creative Cloud helps them craft these original content pieces. Here, Motion Designer Simone Nucci gives us a quick overview of what will be discussed. 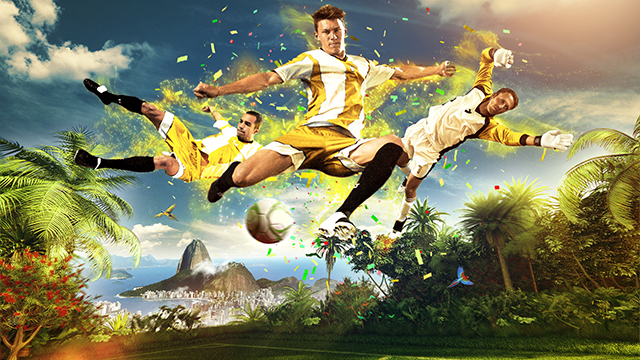 Adobe: What cameras did you use to shoot the openers?
Nucci: We used RED EPIC for the action shots and Phantom Flex for the slow motion sequences. Everything that is shot is imported into Premiere Pro CC so we can quickly produce a rough cut. After we’re happy with the rough cut, we start to do all of the 3D tracking using SynthEyes. In the meantime we do all the keying and retouching, such as color adjustments of the athletes' shirts, in After Effects. 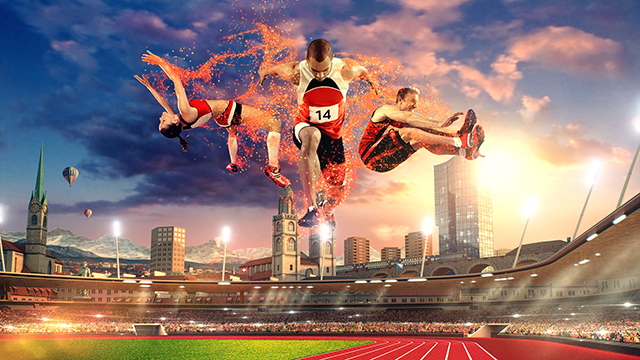 Adobe: How do you work with Cinema 4D?
Nucci: Cinema 4D is used to make all of the backgrounds before everything is composed in After Effects CC. The programs work really well together and really speed up our workflow. We can import 3D information from Cinema 4D, such as lights and camera data, and it updates in After Effects with one click without rendering again and again. 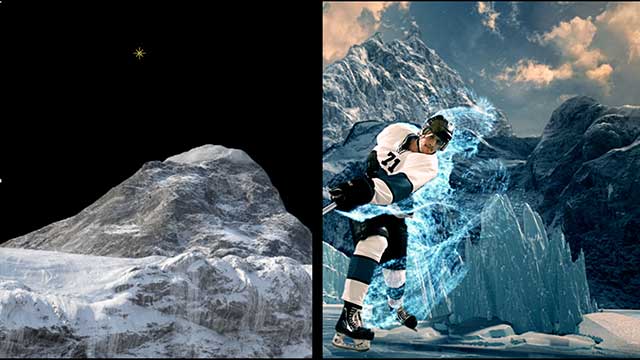 Adobe: Are there any After Effects CC features that make a difference in your workflow?
Nucci: Working with the Roto Brush in After Effects is really fast. Not everything in the openers was shot on a green screen. Sometimes we had lights or small objects in a shot that we had to rotoscope out and Mocha AE made it very easy.

All compositing and color correction is done in After Effects before we render the shots out for Premiere Pro, where we adjust the cut and create several cutdowns for other design elements. In the end, everything is rendered out as a QuickTime movie. 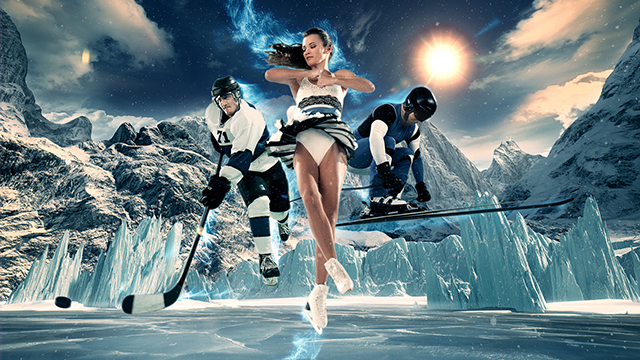 Adobe: What other Adobe Creative Cloud applications do you use?
Nucci: We do part of our matte paintings in Photoshop for backgrounds and regularly use Photoshop and Illustrator for storyboarding and concept art. Illustrator is also used to create outlines for 3D objects because they are so easy to handle in Cinema4D. Basically, we used many applications in the package to create the three openers.

Watch the SRF presentation from IBC 2014