If you want to know more about the creative opportunities and technical challenges of short-form social video, then SMPTE Hollywood has an event for you: TikTok for Technologists. 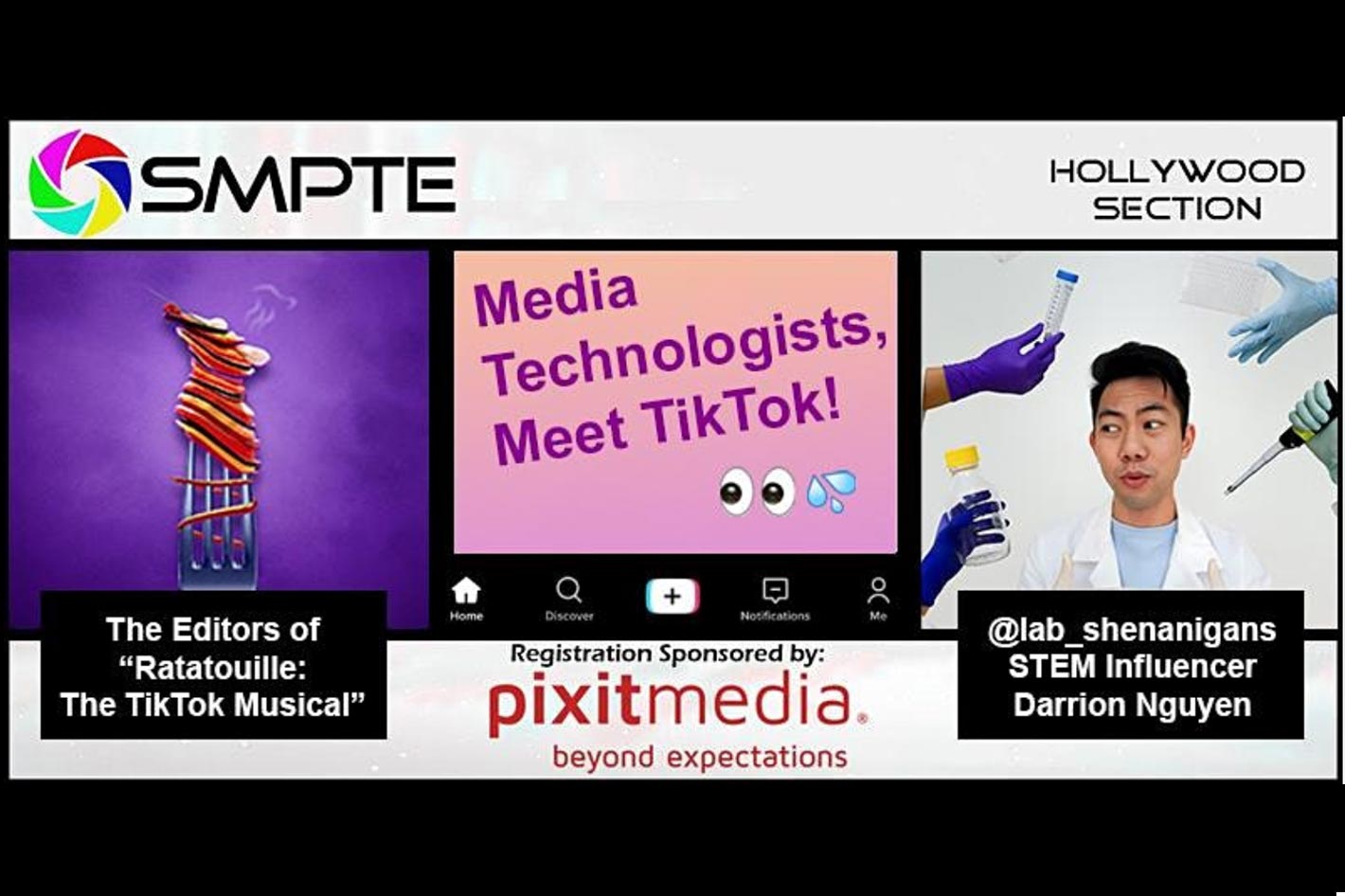 At its March virtual meeting, SMPTE Hollywood will explain how the 15- to 60-second videos that Tik Tok hosts reach audiences far greater than any cable or streaming service with less investment.

The classic meeting of the Hollywood Section of SMPTE returns on March 18th, and is, again, a virtual meeting on Zoom, at 5:30pm PST. The event will also be live-streamed on the SMPTE Hollywood Facebook and YouTube pages, to reach a wider audience.

SMPTE is the global society of media professionals, technologists, and engineers working in the digital entertainment industry. The Society fosters a diverse and engaged membership from both the technology and creative communities, and this new meeting, under the title TikTok for Technologists, is a good example of the variety of subjects the organization covers. Previously, as ProVideo Coalition documented, the subjects covered included Esports, DeepFakes and Immersive VR and holograophic displays.

For the March virtual meeting, a panel of experts will reveal the secrets behind the hugely popular social video app Tik Tok, the short-form social video app where memes (and stars) are born. The meeting will be the place to discover what media technologists need to know about the world of short-form video.  The panel will explain how the platform became a worldwide phenomenon with more than a billion active monthly users, and how the 15- to 60-second videos it hosts reach audiences far greater than any cable or streaming service with much less investment in infrastructure and execution.

Featuring a leading STEM influencer and the editors of Ratatouille: The TikTok Musical, the panel will take a close look at the creative opportunities and technical challenges of short-form social video. “To inspire SMPTE members to dig deeper into these platforms, we’ve invited creators working for and with TikTok’ers to give us a deep dive into their projects,” says SMPTE Hollywood Section Managers Kylee Peña (Netflix), who’ll co-host the event with JoAnne Kim (Legendary). “We’ll learn directly from these creators about their ideation processes, the technical workflows, and what professional media toolmakers can learn from TikTok’s toolset.”

The presentations will be followed by open Q&A. The list of speakers for SMPTE Hollywood March Virtual Meeting: Media Technologists, Meet TikTok includes:

Darrion Nguyen, founder of Lab Shenanigans, has created more than 100 videos and garnered over 14 million likes. A graduate of the University of Texas at Austin with degrees in biochemistry and theater, he combines popular memes and biochemistry, to make science accessible, propel STEM communication, and empower people to learn science. Named the “Bill Nye of millennials,” this research technician is breaking the mold from within the lab.

David Bengali is a projection and media designer in New York. He has designed theater, opera, and dance Off-Broadway, regionally, and internationally. He has a BSE in Computer Science from Princeton University and MFA in Design for Stage and Film from NYU.

Lacey Erb is a projection designer based in Brooklyn whose work spans theater, opera and dance, as well as event, space and installation design. Intrigued by how projections and technology can be used in storytelling, Erb is active in new works and devised pieces, and loves collaborating with music and movement based work. She has an MFA from the University of Texas at Austin, and a BFA from the University of Colorado, Boulder.

Kate Ducey is a projection designer based in Brooklyn who specializes in design for new work and movement-based performance. She holds a BA in Theater from Northwestern University and an MFA in Integrated Media from the University of Texas at Austin.

As mentioned before, the event, hosted by SMPTE Hollywood Section Managers Kylee Peña (Netflix) and JoAnne Kim (Legendary), is scheduled for Thursday, March 18th at 5:30pm PST on Zoom. As always, SMPTE Hollywood meetings are free and open to all, even non-members. Information about meetings is posted on the Section website at https://www.smpte.org/sections/hollywood. Sign up to be notified about future SMPTE Hollywood Events.